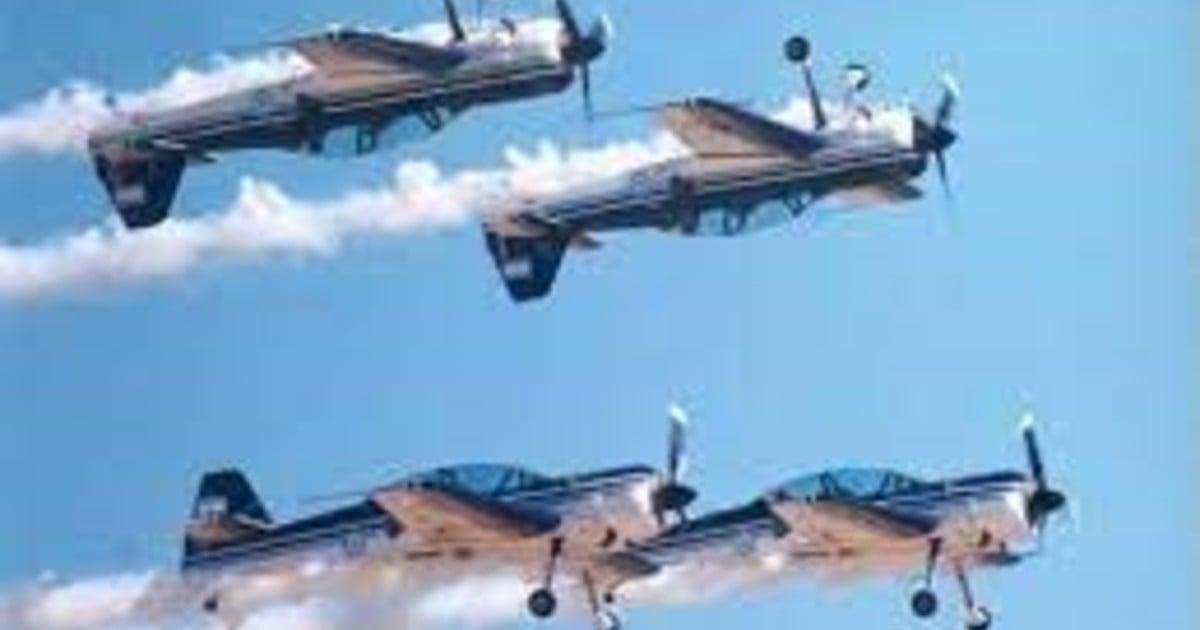 The Air Force will auction seven aircraft of Russian origin Sukhoi SU-29 who knew how to be part of the Acrobatic Squadron Cruz del Sur. Along with the aircraft, nine engines, a three-bladed propeller and more than two hundred aircraft components are for sale. out of service and in storage since 2005, due to budgetary problems.

The established base price is $ 185,600. The material was exhibited last May at the Río IV Material Area, in Río Cuarto, Córdoba. The auction of these aircraft that participated in numerous demonstrations and at nearly every Air Force open house Until its departure from service, it was published in May in the Official Gazette, according to specialized sites reported at the time.

The opening of bids was made three weeks ago, and about 5 bidders fulfilled the conditions to participate in the auction. The process should now culminate in the public auction system “SUBASTAR” -the official digital tool for auctions of State assets-, where “The bid will be made”, they specified Clarion Air Force sources.

“The SU-29s reached the limit of employment that the manufacturer guarantees for approximately 1,200 flight hours. The manufacturer was asked if an extension of service could be extended beyond those hours, but they answered that it could not and that new aircraft would have to be purchased. Although having an aerobatic squad again is a wish of the Air Force, currently the budgetary effort is going towards other priorities “, the aeronautical sources lamented.

The Sukhoi auction once again highlights the loss of air resources and the serious deficit of equipment that the Air Force and the Armed Forces in general have been dragging for decades. Just last year Congress voted the National Defense Fund (Fondef) with which it is expected little by little to reverse the situation.

As recalled in the FAA, the aerobatic squad had pilots of different specialties (hunting, transport and helicopters) that were destined for a certain time. “The selected pilots were of the best of each specialty having to pass several tests to give them the final qualification “, they pointed out.

The Sukhoi SU-29, in aerobatics.

The high acrobatics squad was part of the IV Mendoza Air Brigade. They were eight gadgets, but in 2003 there was an accident during a training flight in which Major Rubén Cortes – squad leader – and First Lieutenant Danilo Soldera died.

The first two Sukhoi acquired during the Carlos Menem government – the purchase from Russia was a novelty – arrived in Argentina in 1997, and the presentation to the “general public” of the entire formation was on August 8, 1998, on the 86th anniversary of the creation of the FAA, whose celebrations were held in the 1st Air Brigade of El Palomar.

“The evolutions of this squad accounted for the acute finesse and sensitivity of flight, reflected in neat patterns, in smooth transitions and in figures that were far from being overloaded ”, the aeronautical historian Hernán Longoni described in his blog.

The destination that future buyers will give the SU-29s is unknown, if they will be able to put them in flight or if they will end up in a museum.