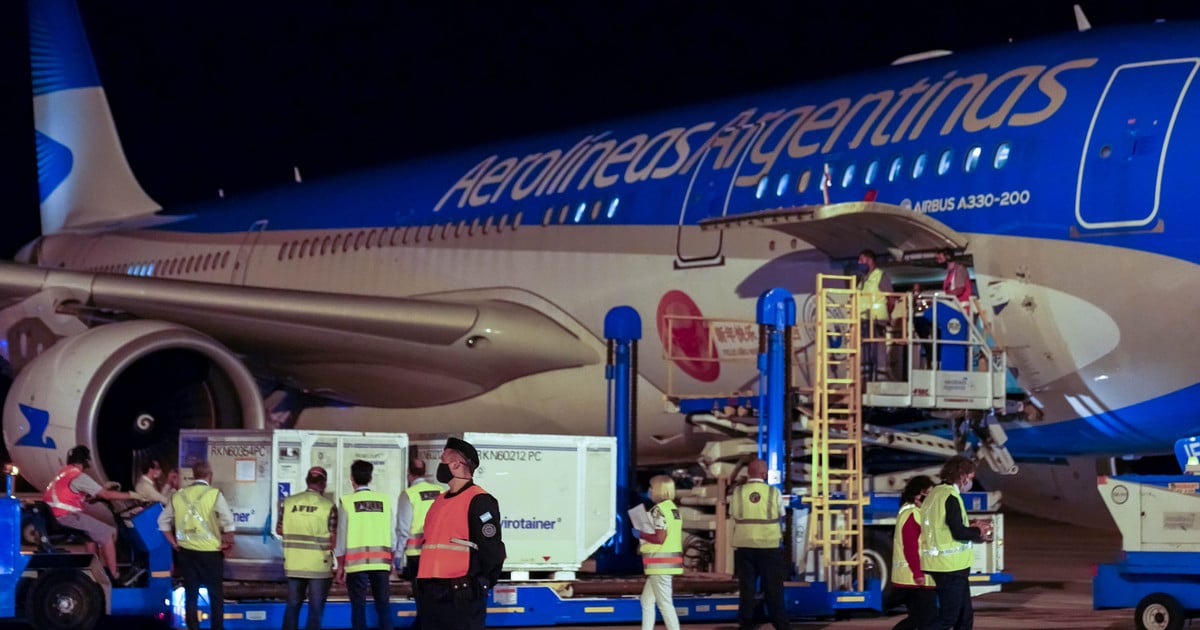 The Aerolineas Argentinas flight that was supposed to arrive this Sunday at the Ezeiza International Airport with a new shipment of Russian Sputnik V vaccines was stranded in Moscow and it has not yet been specified if it will return Monday or Tuesday to the country.

The Russian health authorities informed the Argentine crew, minutes after landing at Sheremetyevo Airport, that they still vaccines are not available Sputnik V.

In this way, the arrival in Argentina of the doses of the Russian vaccine that was scheduled for Sunday afternoon, would only take place between Monday and Tuesday, according to the news channel. TN through their website.

Argentina has already 11 flights towards the capital of the Russian Federation and 4,467,745 doses of the vaccine manufactured by the Gamaleya Institute were brought to the country.

Nearly half a million doses of the Sputnik V vaccine are expected to arrive on this trip, although the exact number has not yet been confirmed.

Meanwhile, the Chief of Staff, Santiago Cafiero, and the Minister of Health, Carla Vizzotti, will supervise this Sunday, at 11 a.m., the reception of 864,000 of AstraZeneca’s vaccines at the Andreani storage plant, located in the Buenos Aires district of Tigre.

The AstraZeneca doses that will arrive early Sunday at Ezeiza International Airport on a KLM airline flight are part of the 9 million vaccines acquired by Argentina through the COVAX mechanism.

The pediatrician named the most dangerous parts of toys

Maggie O’Farrell: “How much misogyny against Shakespeare’s wife!”