The advantage of tap water packed in cardboard 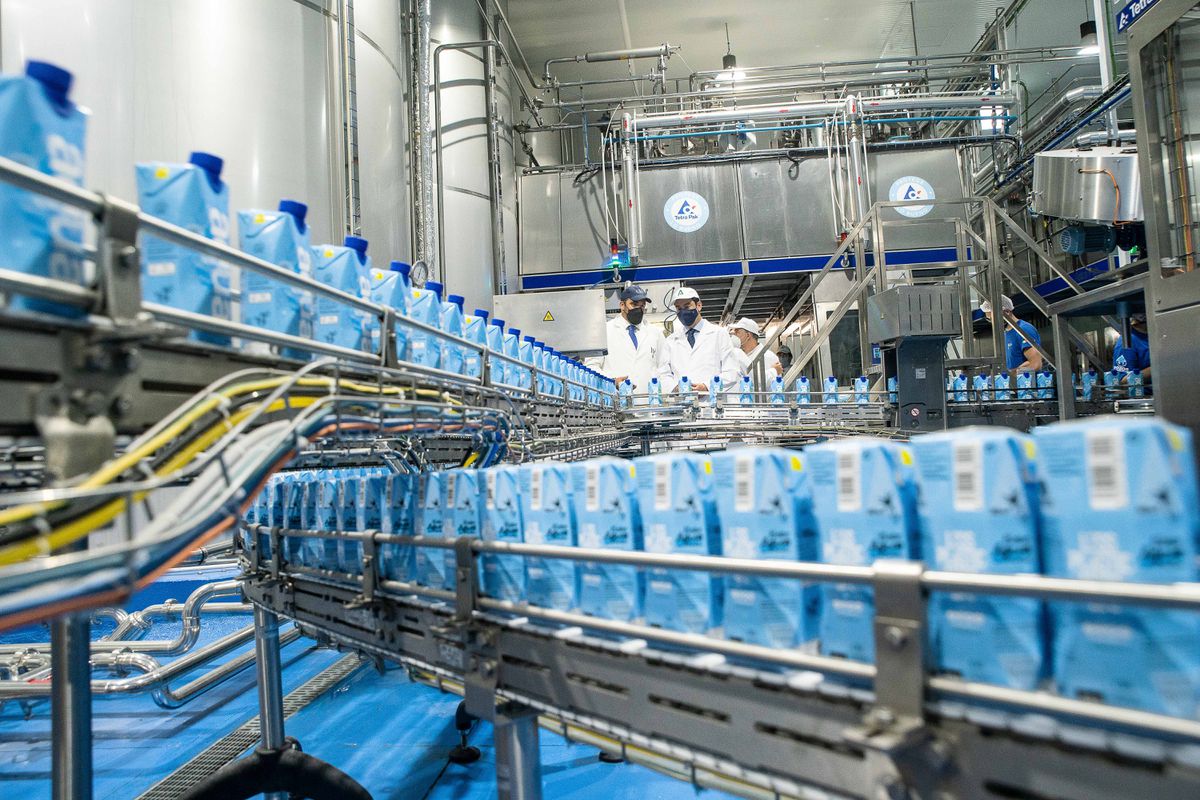 Malaga exports water to the world from a remote industrial estate on the outskirts of Alhaurín de la Torre, a municipality north of the capital. There, Ly Company has found its niche, which has recorded rapid growth in its few years of life. It has done so by leaving aside plastic bottles to bet on briks made up of 80% renewable materials such as cardboard and plant-based plastics. They are customizable: more than 500 companies or organizations bottle water here under their own brands. From Cabify to the Red Cross, the Prado Museum, Audi or the Meliá hotels. “They seek to transmit that grain of sand towards the reduction of plastics,” says Francisco Rodríguez, executive director of a company that has gone from producing 400,000 containers in 2017 to more than 32 million in 2019, a figure maintained in 2020 and 2021 due to the pandemic. . They export to twenty countries.

Ly Company packs 17,000 units a day at its central facilities, several warehouses totaling 4,000 square meters. Walking through them, Rodríguez, 47, maintains a permanent smile. He enjoys a success that, he says, is no accident. “It is preceded by a long road of failures,” he underlines while showing on his mobile phone the 17 companies that he has promoted to date, which include a handful of fiascos and a couple of ruins. A snail farm, a tavern or remote-controlled balloons and several initiatives related to fish, such as the one that led him to have almost 500 employees in Morocco making anchovies in vinegar, have passed through his hands. All while he worked for two decades as an emergency technician in 061, with 24-hour shifts followed by five days off, “in which he did not stop.”

See also  Advantage and videogames: because in FIFA there cannot be Milan-Spezia

In 2015 he had the idea of ​​bottling water in cartons, aluminum and vegetable plastic from sugar cane. “The banks didn’t help, but TetraPack made it easier for us to have machines with a one-year grace period. We got the same thing with an embargoed ship. And we launched ourselves”, explains who has Maite Bernal and Francisco Leal as partners. The beginning was “a disaster”, recalls Rodríguez. The habit of drinking water in transparent plastic bottles generated initial reluctance in its opaque containers, “but little by little people got used to it,” he maintains. The supply to Cabify made a difference. “Every week he called one or two people who saw us in their cars and wanted the same thing for their company,” says the businessman. Many clients were Spanish hotels with a presence in the Caribbean that encouraged him to open another plant there to serve them from closer. They opted for a plot in the Dominican Republic, but the coronavirus arrived and what was going to be profitable from the first day got stuck. The forecasts had increased until then to manufacture some 60 million containers in 2020, but they remained at 23 due to the pandemic, a figure that will reach 27 million in 2021, when they expect to invoice 11 million euros, doubling the figures of the two previous years and reaching one million benefits, compared to 300,000 the previous year. “As the health crisis evolves, we could bill 15 million in 2022,” says Rodríguez, who acknowledges that his prices cannot compete with bottled water in plastic, always cheaper, but, he assures, yes in sustainability.

Today the company travels at cruising speed. The facilities in the Caribbean opened last spring with 8,000 containers per hour and the capacity to multiply that number by three. Similar production began in Italy in September after acquiring 51% of local start-up Acquainbrick. And they have reached an agreement with Iparlat to produce at their facilities in Corella, in Navarra. “Now we need to reach the final consumer,” says the entrepreneur, who wants to promote his own brand, Only Water. At the moment it can only be purchased at Carrefour in Malaga or at Makro under a white label.

Their goal is also to promote online sales while they are studying launching a line of flavored waters. With these plans, it hopes to go from the current 72 employees to about 120 throughout 2022. Meanwhile, it is holding timid talks for new packaging plants in Malaysia and Russia. “First, yes, you have to settle down well: the level of investment and indebtedness is high,” says the person who donates one euro for every thousand containers sold to the NGO Wells Without Borders.

The water that Ly Company uses does not come from any spring —although they are negotiating the acquisition of a concession in Andalusia— but from the municipal distribution network. “It is true that we depend on third parties, but these are the waters that have the most guarantees,” explains the businessman.

Its machinery treats the liquid to remove heavy metals, microplastics and impurities to later mineralize it. Rodríguez acknowledges that his briks contain a small part of non-vegetable plastic and aluminum. “It is obvious that we do not give a complete answer, but reducing plastic to 70% is a very important step,” he affirms, while announcing that he has patented a system through which an enzyme that divides all the layers of any of these containers, separating plastics, aluminum and cardboard quickly to facilitate their recycling. “It’s going to be a revolution,” he warns. 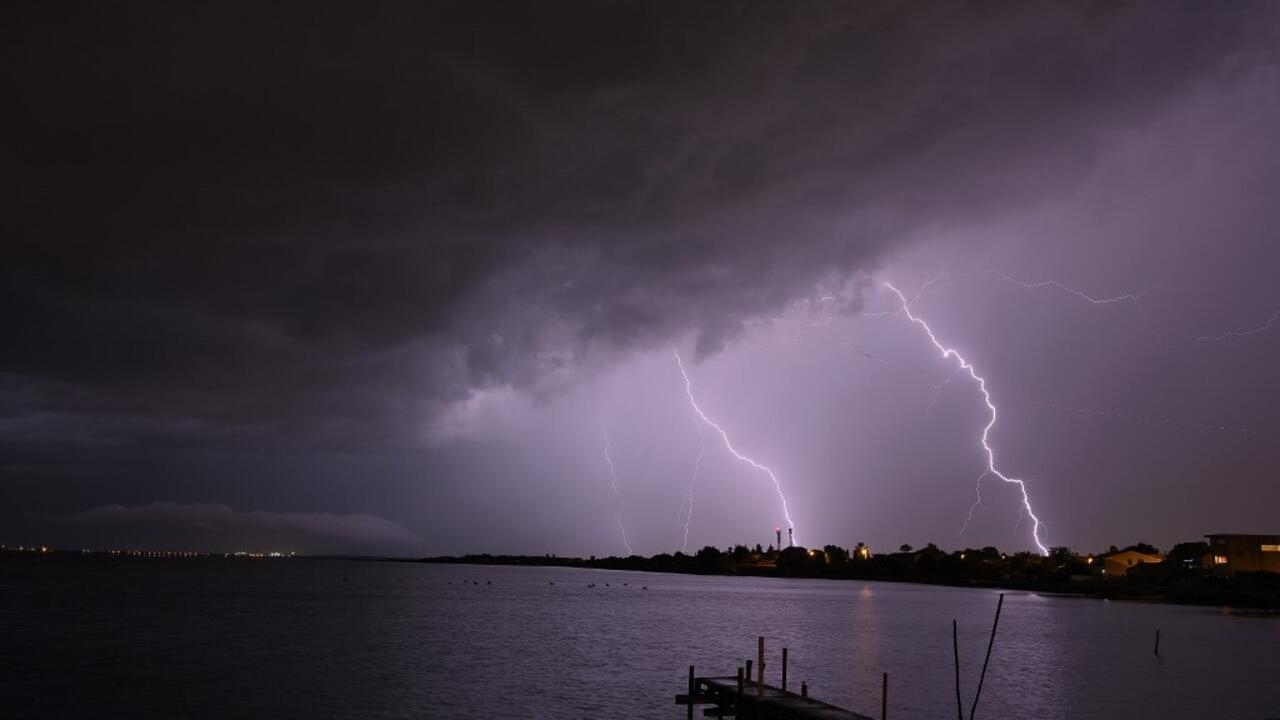 Torrential rains cause flooding in Paris; alarms on for the south of France

First modification: 08/17/2022 - 15:34 The heart of the Gallic country suffered an incessant fall of water that generated severe... 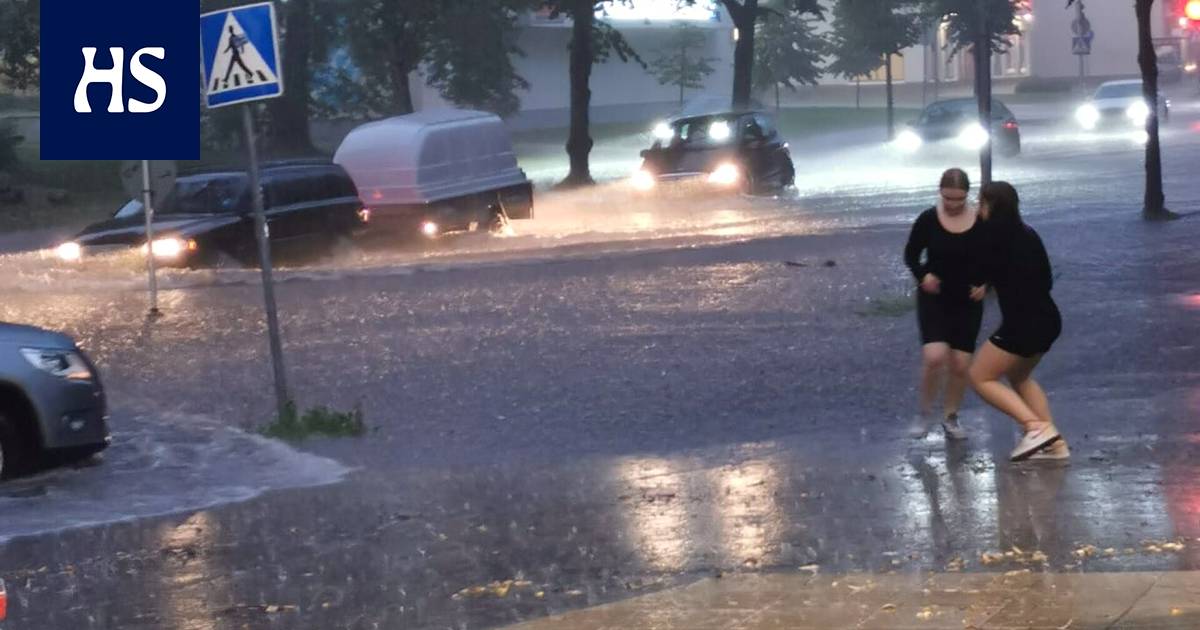 Weather | Lightning set a house on fire, and train traffic is disrupted – This is how fierce thunderstorms wreak havoc in Finland

The worst storm is yet to come and its recipients are Northern Finland and Northern Ostrobothnia. HS asks readers for...

Now what did you do? Gustavo Adolfo Infante asks to stop "the madman" by Alfredo Adame