The added sentence of being a mother in prison 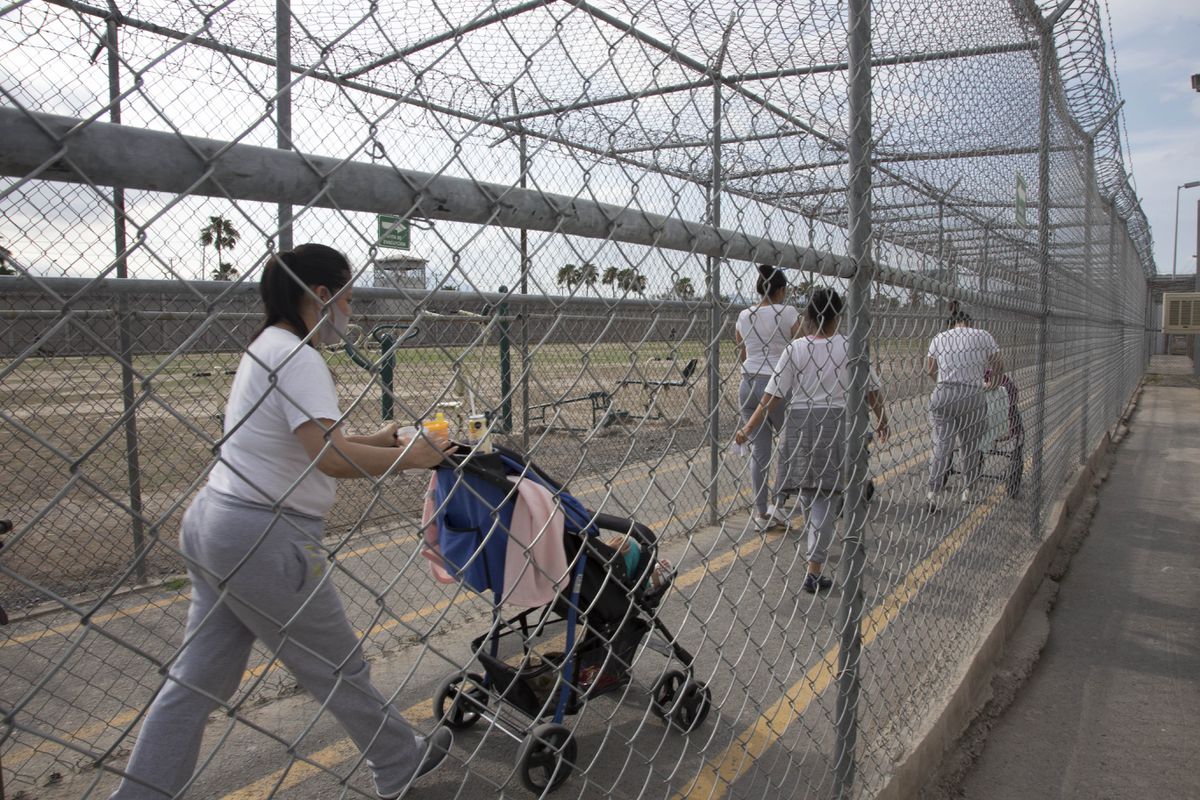 In a fenced gray concrete patio, Selene is not separated from her daughter. The little girl laughs as her mother tickles her belly and runs around her in a princess dress. As soon as she is far enough away to play with the other children who live in the Escobedo prison in Monterrey (Nuevo León), Selene breaks down crying on the shoulder of a colleague. His daughter Carla will be three years old soon and he will have to give her to a relative so that she can continue to grow away from the prison walls. Among the requests that Selene and her companions have constantly made is that they be given more time to visit with their children, daycare within the prisons and financial support to the families.

There are 431 female inmates at the Escobedo Women’s Reintegration Center. Of these, there are 18 who have been mothers when they were in jail. Among the gray and white uniforms, the little children dressed in bright colors stand out, clinging to their pants or looking at them from baby carriages. In the last count of the National Diagnosis of Penitentiary Supervision of the National Human Rights Commission, it was estimated that there are more than 360 children living in prisons in Mexico.

Many of the inmates of this center arrived pregnant from Topo Chico, the penitentiary where they were serving sentences before being closed after the bloodiest prison riot in the history of Mexico. In that mixed prison run by the self-government of organized crime groups, such as the Zetas, inmates used to get pregnant with other inmates and children were born inside the prison. Since 2016, the age allowed for so-called “invisible children” to be held with their mothers has been reduced from six to three years. Dulce Alcaraz, the director of the prison, assures that even having cut their stay in prison in half, the time that children spend between the walls and the guards is still “too much”. “The children here do not know how to speak well, they have only met the children of other inmates and do not know the outside world. They don’t even know what a tree or a car is until they are three years old, ”he says.

Selene’s daughter Carla has just a couple of months left to blow out the candles. Until now, she and her mother could live in a single cell and spend 24 hours together. When Selene hands her over to a relative, she will live with the rest of the inmates in four-seater cells and will have to wait for visiting days to see her. She has been receiving psychological assistance for six months to be able to face the separation. Alcaraz emphasizes that in most cases they try to find a relative who brings the children to see their mother as often as possible, but the task is very difficult. “Women in prison face a stigma that is not found in men in prison. The family gets angry with her and stops coming to see her, the children are embarrassed by the comments they hear in schools and their partners are looking for someone else ”, he details. Consequently, the inmates face a situation of abandonment by their families. The same to which they must deliver their children after three years without separating from them. 32% of women inmates have not received visits from the children who have lived with them in prison, according to the organization Reinserta in its report on the diagnosis of maternity and paternity in prison.

Women represent an average of 8.4% of the prison population in Latin America. The percentage varies by country, but most of them are in pretrial detention or convicted of minor crimes, according to WOLA, the Washington Office for Latin American Affairs. Many are for low-level drug offenses that have a high risk of capture, and in Escobedo’s case, many of them don’t even have a sentence yet. The Mexican Judicial Power can delay up to 12 years in issuing a final ruling.

Alcaraz details that most of the women at the center she runs are for theft, possession or drug trafficking or even murder. “Many of them got involved in drug trafficking because of their partners, who linked them in some way in their businesses and both ended up incarcerated in Topo Chico. Others murdered their attackers after having had enough of a life of continuous abuse, “he adds. Escobedo’s inmates fear that their children will perpetuate the cycle of violence in which they lived. For this reason, among their requests, they highlight the need for addiction prevention programs and sexual education for adolescents, as well as financial support to pay for school so that their children do not drop out.

In the case of Magali, who was a mother up to three times while at Topo Chico, her concern is another. In November he received a call from his nieces, those who are taking care of the first child he had in prison and with whom he hardly has any relationship. They informed him that the boy had reported that his grandfather — Magali’s father, who visits him sporadically — had abused him. However, the nieces are afraid to report him for being a dangerous person and with contacts with organized crime. The marks on Magali’s arms show a drastic loss of weight as a result of her anguish and the tears she tries to hold back as she speaks are overflowing when she talks about her father. “He already abused me when I was little and, now that the same thing is happening to my son, I am in here. I can’t do anything, ”he laments.

Selene and Magali remember the moment they were arrested. It was in front of their children, who accompanied them on the street while they did an errand. “They had no consideration for them, they saw how they beat us and threw us to the ground. I heard them cry while they got me into the car ”, they recall. The inmates request that there be more sensitivity and training of the police and prison staff so that their children do not have to witness this violence and that care is taken when registering them when they visit them. Inside the jail, they propose the creation of more programs of recreational activities for families “with better spaces for when they visit me, that we have a place to live and play with our children.”