The accident in Chiapas: an episode that reveals the critical Mexican migration crisis 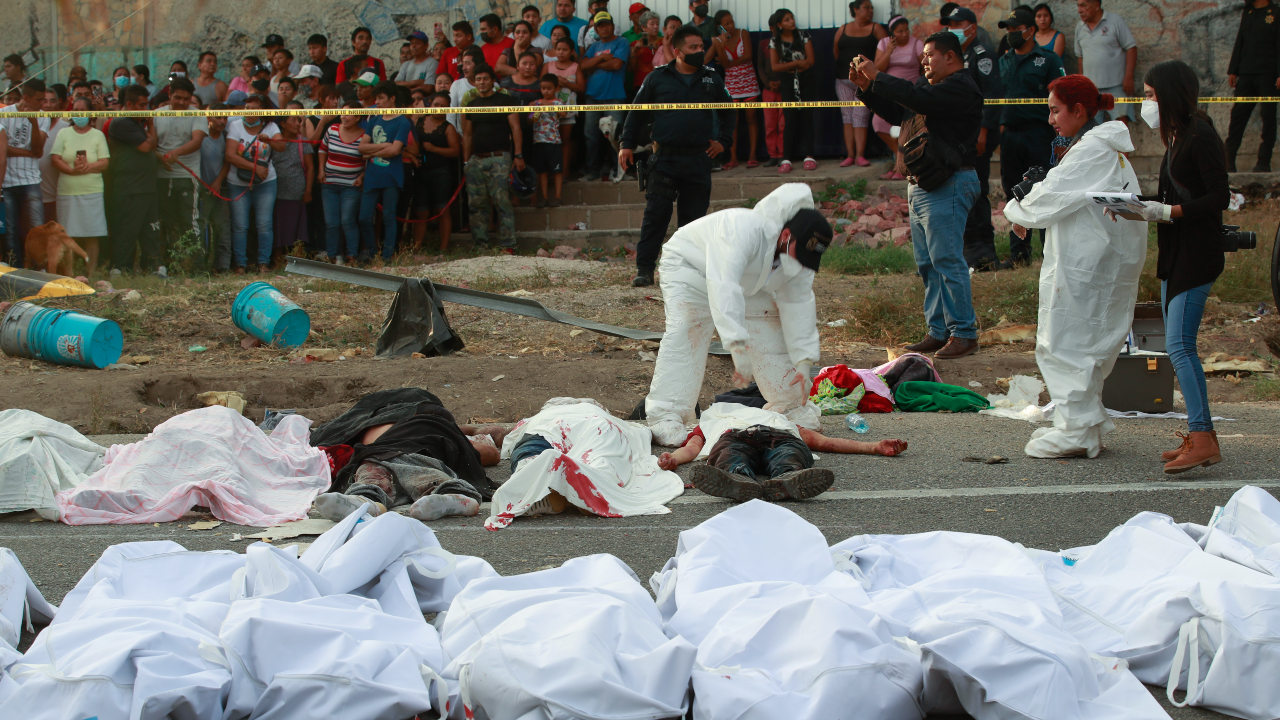 At least 55 people were killed in a collision involving a truck that was smuggling at least 160 migrants to the Mexican city of Puebla. The accident reflects the migratory crisis that the Mexican territory has witnessed during the last year and points to the unresolved reasons that motivate migrants, most of them Central Americans, to undertake their dangerous journey to the north of the continent.

An accident that reveals, once again, the migratory crisis in Mexico. The images of the collision of a truck carrying about 160 migrants in the southern Mexican state of Chiapas, the anguish of the survivors who came out among the bodies of those who could not bear the blow and the confusion of the neighbors who rushed to help; They are scenes, like many others, that have left the migratory situation in Mexico during 2021.

The Mexican territory has witnessed waves of migrants who walk on the highways with the objective, often shared, of reaching the United States. It is a panorama that illustrates a broader problem that ranges from the precarious situation of several Central American countries to the mismanagement of migratory flows by the Mexican government.

Thursday’s accident in Tuxtla Gutiérrez, in the south of the country, represents what the migratory crisis that Mexico is going through has been, from its beginning to the end.

It began with the mediation of smugglers who charged migrants between $ 2,500 and $ 3,500 to transport them clandestinely to the north of the country. The vehicle was not subjected to any inspection and ended up crashing when the driver lost control. It ended with at least 55 deaths and many of the survivors fled to avoid being detained by the authorities.

According to Civil Protection, the incident left 105 injured, 83 men and 22 women, most of whom were Guatemalans. Others came from countries like the Dominican Republic, Honduras and Ecuador. The accident was one of the deadliest since the Zetas cartel claimed the lives of at least 72 migrants in 2010.

And it shows the danger faced by thousands of migrants who choose to travel clandestinely in trucks, paying thousands of dollars to traffickers.

According to the EFE agency, at least 5,800 migrants have been intercepted from June to date in trailers and buses. Also based on data from the National Migration Institute, he realizes that at least two thirds of these were found in overcrowded and dehydrated conditions.

In October, authorities in the northern border state of Tamaulipas detained about 652 migrants, mainly Central Americans, in six trucks heading to the United States.

From Central America to Mexico: the journey of clandestine migrants

The migrants who were inside the truck, according to official testimonies, entered Mexican territory from Guatemala by roads and sidewalks until they reached the state of Chiapas. The investigations indicate that they concentrated in the city of San Cristóbal de Las Casas in houses used by human traffickers. The final destination of the vehicle was Puebla, in the center of the country.

As the stories compiled by AP point out, there they would have hired another group of smugglers to take them to the United States border.

“We made the decision to unite and we encouraged each other,” said Andrés. “But now, it’s terrible that he doesn’t come back alive with me.”

The head of the National Guard of Mexico, Luis Rodríguez Bucio, reported that the truck had avoided passing the checkpoints operated by the Guard and immigration authorities.

A tragedy that points to the reasons for the migration crisis

Mexico is experiencing an unprecedented migration crisis. Between January and October of this year, the country’s authorities intercepted 228,115 migrants and deported 82,627. Some numbers that have not been seen for 15 years.

At the same time, as EFE points out, 123,000 migrants have requested refuge in the first eleven months of 2021, figures that far exceed the 40,000 requests from previous years.

As the numbers increase, the reasons why migrants arrive in Mexico seem unchanged.

The newspaper The Country scores that the coming to power of President Joe Biden, replacing his hard-line successor on migration, Donald Trump, raised expectations for thousands of migrants. A hope that came after the devastation caused by hurricanes Iota and Eta in Central America.

To the complex panorama is added the political instability of many countries and their weak economic situation exacerbated, in part, by the health crisis derived from Covid-19.

For his part, Mexican President Andrés Manuel López Obrador pointed out that poverty and lack of jobs force people to migrate. At the same time, he blamed the United States for its delay in investing in development programs for Central America.

“We have been insisting that the causes that originate these unfortunate events must be addressed,” said the president.

However, the multiple months of the migration crisis have shown an inability of the Mexican Government to properly handle the problem. Many criticize the treatment, the increase in stigmatization and criminalization of migrants.

As EFE shows, some analysts attribute the great vigilance and the deployment of the armed forces at the borders as the causes that many migrants choose more dangerous migratory routes.

Therefore, the reestablishment of the immigration program promoted by Trump, “Stay in Mexico”, which forces foreigners to wait in Mexico while their asylum applications are processed, threatens to further deepen the critical situation.