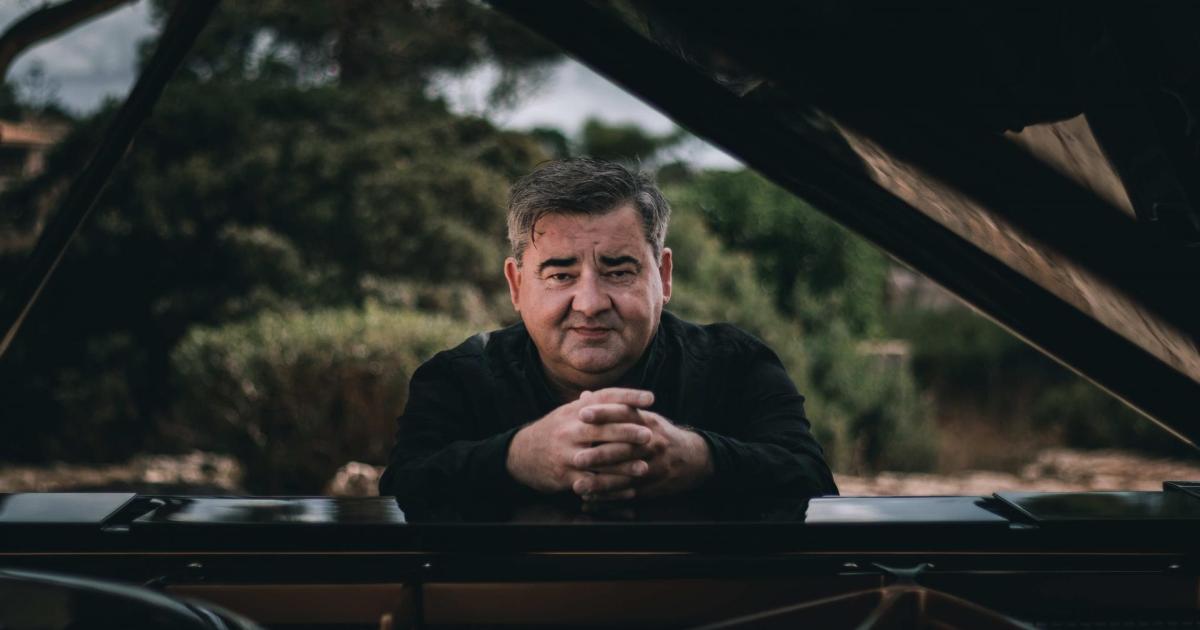 This year, the Chopin Festival Association of Valldemossa presents a series of four concerts that music lovers cannot miss. Bulgarian violinist Vasko Vassilev and pianist Miquel Estelrich will open the festival on August 8 by presenting their recorded work dedicated to the works of Frédéric Chopin, for violin and piano by great violinists and composers.

One more year, the Cartoixa de Valldemossa will be, during the month of August, the exceptional setting of musical evenings dedicated to Chopin’s music. So it is that Chopin’s Festival returns with programmed with internationally renowned pianists, who will perform four concerts on Sunday’s between August 8 and 29. The first one will be led by the violinist Vasko Vassilev and pianist Miquel Estelrich, who will perform works by the Polish composer for violin and piano that they recently recorded on a CD.

The second date for music lovers is August 15. Claudio Constantini will perform under the starry skies of the Serra de Tramuntana. The 2021 Chopin Festival poster is complemented by concerts on August 22 and 29, with performances by Nikolay Khozyainov and François Dumont, respectively.

All the performances will begin at 22.00, and the tickets can be purchased through the ticket.ib portal, with prices at 30, 20 and 10 euros. The concerts will take place at the Plaza de la Cartoixa de Valldemossa. The festival’s management will take all exceptional preventive measures in light of the current COVID pandemic situation, following the guidelines from the health authorities.

Born in Sofia and started learning violin when he was just five years old. The Bulgarian Government sent him to the Moscow Conservatory to continue his training and from there he went on to the Guildhall School of Music and the Royal College of Music in London.

He’s won a raft of prestigious violin competitions, including the Jacques Thibaud in Paris and the Paganini Competition in Gènova. Vassilev has been the Concertmaster at the Royal Opera House in London since he was 23 and has been a regular guest Concertmaster at the London Symphony Orchestra, Philharmonia and London Philharmonic Orchestra and others. He’s performed in more than 20 countries and worked with musicians such as Plácido Domingo, Sting, Ronnie Wood and Erasure during his career. Vasko Vassilev is the founder of the musical group Laureate and has had an extensive recording career.

Born in Palma (Mallorca), he’s a piano professor and founder of the Balearic Island’s Superior Conservatory of Music, where he has also been a director. His intense and varied pianist activity has led him to perform at large unknown theaters such as the Kennedy Center in Washington, the Teatro de la Zarzuela in Madrid, the Victoria Eugenia Theater in San Sebastián, the Palau de la Música in Barcelona, ​​the Palau de la Música de Valencia, auditoriums in Madrid, Zaragoza, Santander, Italy, Portugal, Austria, France, Italy, Germany or China, either as a soloist with the orchestra, soloist or chamber music. I have you recorded 14 CDs and produced 16 books with works for the piano, for vocals and piano, and for the piano and orchestra for Frédéric Chopin, Baltasar Samper, Jaume Mas Porcel, Joan Maria Thomàs, Miquel Capllonch, Antoni Parera Fons, among other composers. He is regularly invited to participate at The Paris International Summer Sessions at the École Normale de Paris, Alfred Cortot, as well as universities in Taiwan and China. He holds a doctorate from the Balearic Islands University and a pianist from the Balearic Islands Symphony Orchestra since his founding in 1989.

Pianist, bandoneonist and composer, Claudio Constantini maintains a many-sided career that he has developed across the five continents. Born in Lima, he began his piano studies at Peru’s National Conservatory under the guardianship of his father, Gerardo Constantini. He later received his higher degree in Finland, his master’s degree in Holland, and a degree in Paris. His original style is defined by his solid classical roots, combined with a relentless passion for some popular musical genres, such as Latin American music and jam sessions play a key role. He has played in some of the most important theaters in the world, such as the Berlin Philharmonic, the Baden-Baden Festpielhaus, the Vienna Konzerthaus, the Los Angeles Opera House, Munich’s Opera, Barcelona’s Palace of the Arts and Madrid’s Royal Theater, among others. He has made a total of six recorded productions, all received with good projection and revies. His work entitled America (IBS Classical, 2018) gave him a nomination for the Latin Grammy’s in 2019, in the Best Classical Album category, and the 20th Century Tango (IBS, 2020) was honored with the silver medal of the Global Music Awards.

Winner of the Warsaw Piano Chopin International Contest and the Queen Elisabeth Competition, François Dumont has appeared as a soloist with the Teatre Mariinsky Orchestra, Cleveland’s Orchestra, Lyon’s National Orchestra, Lille’s National Orchestra, Lorraine’s National Orchestra, Lion’s National Orchestra, Colombia’s Symphony Orchestra, Siecles Orchestra and Tokyo’s Symphony Orchestra among others, under the direction of Leonard Slatkin, François-Xavier Roth, David Reiland, Alexander Sladkovsky, Antoni Wit, or Jesus López Cobos. Dumont has performed in venues like the Philharmonic of Paris, the Anthéron Rock Festival, the Piano aux Jacobins Festival in Toulouse, the Chopin Festival in Nohant, and his European Festival in Warsaw, the Chopin Festival in Geneva, the Musika Music Festival, the Bilbao Philharmonic Society, the Kennedy Center and Winterfell’s University in Washington. I have regularly tours around Japan and China. His recordings include Mozart’s complete sonatas, Ravel’s full piano music, two Chopin recitals, Chopin’s nightlife, Moussorgsky and Bach. Dumont was only 14 when he started his studies at Paris’s Conservatory with Bruno Rigutto. He later studied at the Theo Lieven Piano Foundation with William Grant Naboré and at the Lake Com International Piano Academy with Dmitry Bashkirov, Leon Fleisher, Murray Perahia, Menahem Pressler, Andreas Staier and Fou Ts’ong.

Nicolay Khozyainov was born in Blagoveshchensk in 1992, a city in the Russian Far East. He moved to the capital to continue his studies at the Central Music School, where at the age of seven he debuted on stage with Handel’s Piano Concerto at the Moscow Conservatory. He continued his graduate studies at the Moscow PITchaikovsky Conservatory, which he graduated with an honorary medal. He currently lives in Germany, where he is pursuing an Advanced Degree at the Hannover Hochschule fur Musik under the guidance of Professor Arie Vardi. He has performed at the world’s top venues, such as the Carnegie Hall and the Lincoln Center in New York, the Kennedy Center in Washington, the Wigmore Hall in London, the Louvre and the Théâtre des Champs-Élysées, the Salle Gaveau in Paris, Tchaikovsky Hall in Moscow, the Suntory Hall in Tokyo, and the Champs-Élysées, Zurich Tonhalle or Palazzo Quirinale in Rome among many others. Khozyainov has performed with the London Philharmonic Orchestra, Tokyo Symphony Orchestra, the Sydney Symphony Orchestra, the Warsaw Philharmonic Orchestra, the Czech National Symphony Orchestra, the State Symphony Orchestra and the Russian Philharmonic Orchestra, among many others. The recording company Accord in 2011 published Khozyainov’s first CD with works by Chopin and Liszt. In 2012, he recorded his second Chopin record published by the Chopin Institute of Warsaw, followed by a double CD recording with JVC Victor with works by Beethoven, Schubert, Chopin and Liszt. His last record was published in 2014 and includes a selection of pieces by Ravel, Chopin and Liszt.