The 2021 Grammys want to inaugurate the return to normality 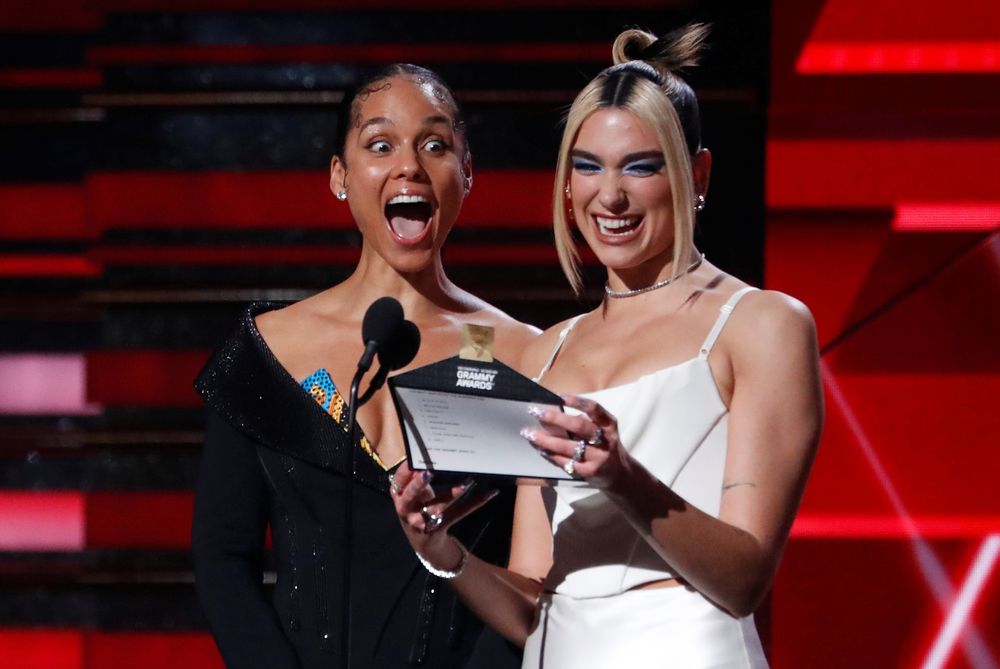 The 63rd Grammy Awards will not be a virtual show. With more than twenty performances, some live and others recorded, the gala where the most important awards in music are awarded will be held on Sunday at the Los Angeles Convention Center (5:00 p.m. in this city, early morning from Sunday to Monday at Spain). Taylor Swift, Dua Lipa and Bad Bunny are some of the highlights of the night, where women lead the nomination lists. Beyoncé, with nine nominations, is seeking her first win in a major category since 2010, and Swift, with six, may succeed with her album, Folklore, produced entirely during quarantine. The Weeknd, without any nomination, has contributed the quota of controversy. The Canadian announced that he will not allow his record company to re-submit his music to the Grammys “due to secret committees” that choose the finalists.

This year, the greatest pressure may not fall on an artist on stage. Ben Winston makes his debut at this anomalous gala as the new executive producer of the broadcast, after four decades with Ken Ehrlich at the helm, the man responsible for several historical moments in popular culture. With the idea of ​​distancing itself from what has been seen so far in other award ceremonies during the pandemic – which have been heavily punished by the audience – the music party will be held on five stages. There will be no audience, but no recording of the BTS in pajamas playing in the attic of a house. The presenter, Trevor Noah, will be in charge of giving fluidity to the program (CBS, Paramount +), which coincides with the first anniversary of the end of mass concerts due to the pandemic.

Although Beyoncé has accumulated 79 nominations in the history of the Grammy Awards – so far she has won 24 awards – this Sunday is crucial for the diva. If you win at least four awards, among which the best song of the year stands out, for Black parade, will become the female artist with the most Grammys in history. And if you win eight, you will be the most awarded artist of all time. A strong competitor is Dua Lipa, with six nominations, including album of the year, song of the year and record of the year. It is likely that Don’t start now give the British some joy. The work of Taylor Swift, who will be performing with her band, and that of Billie Eilish, the big winner of 2020, are also strong bets.

Among the possible surprises of the night is Mickey Guyton, the first black artist nominated for best performance of country solo, as well as Black Pumas, a band of soul Little known, which received three nominations, including best recording and album of the year. Although the Grammys try to shake off the ghost of the pandemic at the gala, the unleashed economic crisis will have its place in the ceremony, with the presence of representatives of live music venues, one of the sectors most affected in the last year. Workers at the Troubadour and the Hotel Café, both in Los Angeles; from the Apollo Theater in New York and the Station Inn in Nashville will host various award categories and encourage fans to support venues that have been closed since the spring of last year.

The controversy, which has almost always surrounded the Grammys, this year will not be absent from The Weeknd. The Canadian, whose success Blinding Lights became the first song to stay 52 weeks on the top 10 best-selling list in the United States, it did not receive any nominations. In a statement published in The New York Times, the artist criticized “the secret committees” of the awards. Thousands of music professionals are the ones who vote for the nominees, but then there are committees of anonymous experts that decide who makes the cut in 61 of the 84 categories.

“The Grammys are still corrupt. They owe it to me to my fans and the industry the necessary transparency ”, tweeted Abel Tesfaye, known artistically as The Weeknd, after the Academy announced the nominees last November. Stars like Drake, Kanye West or Frank Ocean have also criticized the Grammys for not supporting the African-American music community. The last black artist to win Album of the Year was Herbie Hancock in 2008. The Recording Academy has invited thousands of new members, including more women and ethnic minority professionals, and on The Weeknd’s position they have responded that they are “constantly evolving.”

A pedestrian fountain will be made in the Birobidzhan park