The 1×1 of Argentina against Chile: the debutant Cuti Romero and Leo Messi were the best and there were three who dodged with just enough delay 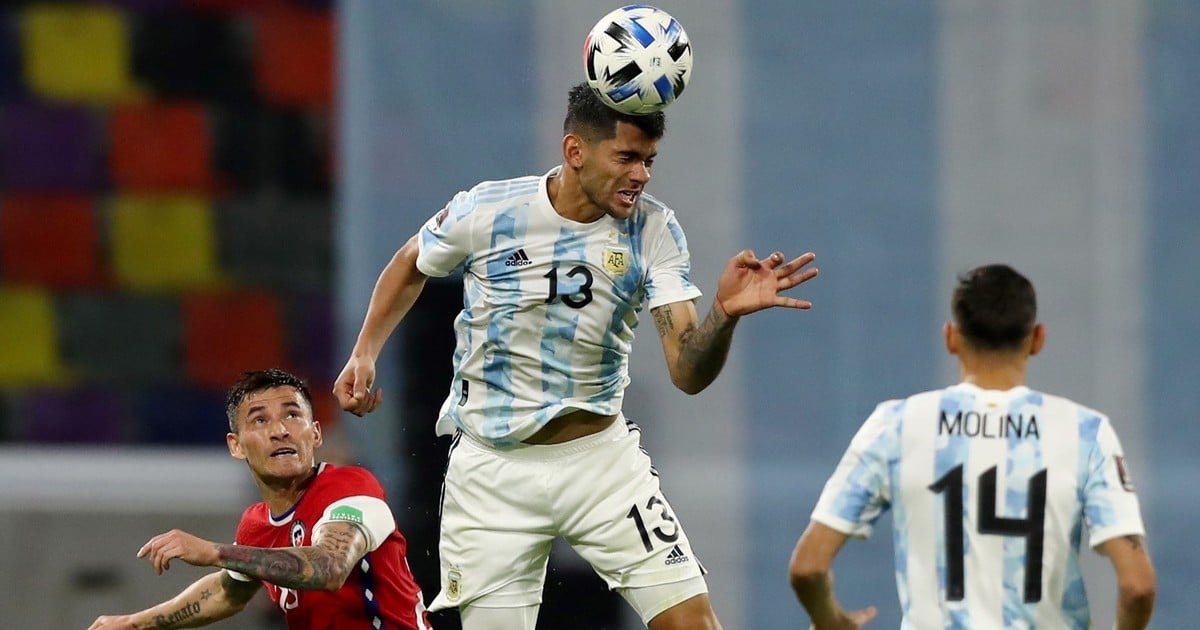 The 1-1 between Argentina and Chile in Santiago del Estero meant the national team’s return to action after eight months of inactivity. It was a return with not many lights, but with some interesting appearances such as that of the debutant Cristian Romero, from Atalanta, who showed the conditions that led him to be considered the best defender in Serie A del Calcio. Lionel Messi, who was the only one who made Claudio Bravo roll over, stood out, albeit intermittently.

Juan Foyth, Lucas Martínez Quarta and Ángel Di María appear in the debit category, who ended up leaving the field of play in a clear sign that they did not conform to Scaloni.

Next, one by one with the best and worst of the National Team against Chile.

Emiliano Martínez (5): He did not have much participation. The center of the goal fell in an area in which he had no responsibility.

Juan Foyth (4): He was good on the mark, although he committed that silly foul that generated the Chilean goal. In addition, he played more in his own field than in the rival.

Cristian Romero (7): The best of Argentina, a lot of excellence. Impeccable in the first half with three removals and interventions to show in the debut. Well in height too.

Lucas Martínez Quarta (4): At the start he had a bad coverage that Romero saved him with a great cue cut against Vargas. He won the yellow fast and that conditioned him. And in the goal, although it will not be his mark, the ball fell behind him.

Nicolás Tagliafico (5): Although it is projected all the time on the left, it is not what it does best. It has a permanent round trip. It was correct on the mark.

Rodrigo de Paul (6): It was not the best match in terms of passing but it was the most participatory, the one that most sought.

Leandro Paredes (5): He could not own the ball in the middle of the court, his best virtue. And he had problems in the brand with Alexis Sánchez, who got on his back.

Lucas Ocampos (4): Very nervous, accelerated, he could not unbalance either on the right where he started or when he changed bands at 25 minutes.

Angel Di Maria (4): Accelerated. He seems like another player than the one who plays for PSG, who always takes time for everything that even seems like a hitch. This Thursday he always bowed his head, gave him forward and did not resolve.

Lionel Messi (7): Something isolated but every time it appears something happens. He converted the penalty with quality and almost scored the second with a remarkable free kick.

Lautaro Martínez (6): He had a weak first half but invented the penalty out of nowhere. He improved in the final part, with the changes he was more participatory.

Lisandro Martínez (6): He entered well and had good starts in his sector.

Angel Correa (6): Very dynamic in the minutes he played.