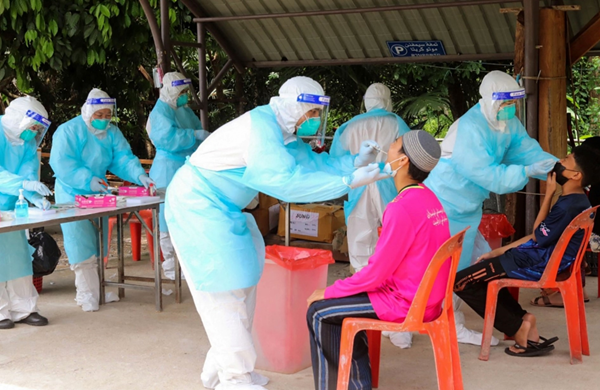 Today, Sunday, Thailand recorded a new record number of daily infections with the Corona virus, which amounted to 11,397, in the third consecutive day in which the Southeast Asian country recorded a record number of infections, bringing the total to 403,386.
It also recorded 101 deaths, bringing the total deaths to 3,341.
The vast majority of infections and deaths have been caused by outbreaks of the virus since early April of the highly pathogenic alpha and delta strains of COVID-19.
This prompted the authorities to announce the extension of the general isolation to three other provinces, where they will be subject to travel restrictions, the closure of supermarkets and the imposition of a night curfew.
Thailand had imposed a general isolation on the capital, Bangkok, and nine other provinces, in the most severe restrictions it had imposed in more than a year to combat the virus.