Thailand builds the largest hydroslar plant with 144,000 panels on water 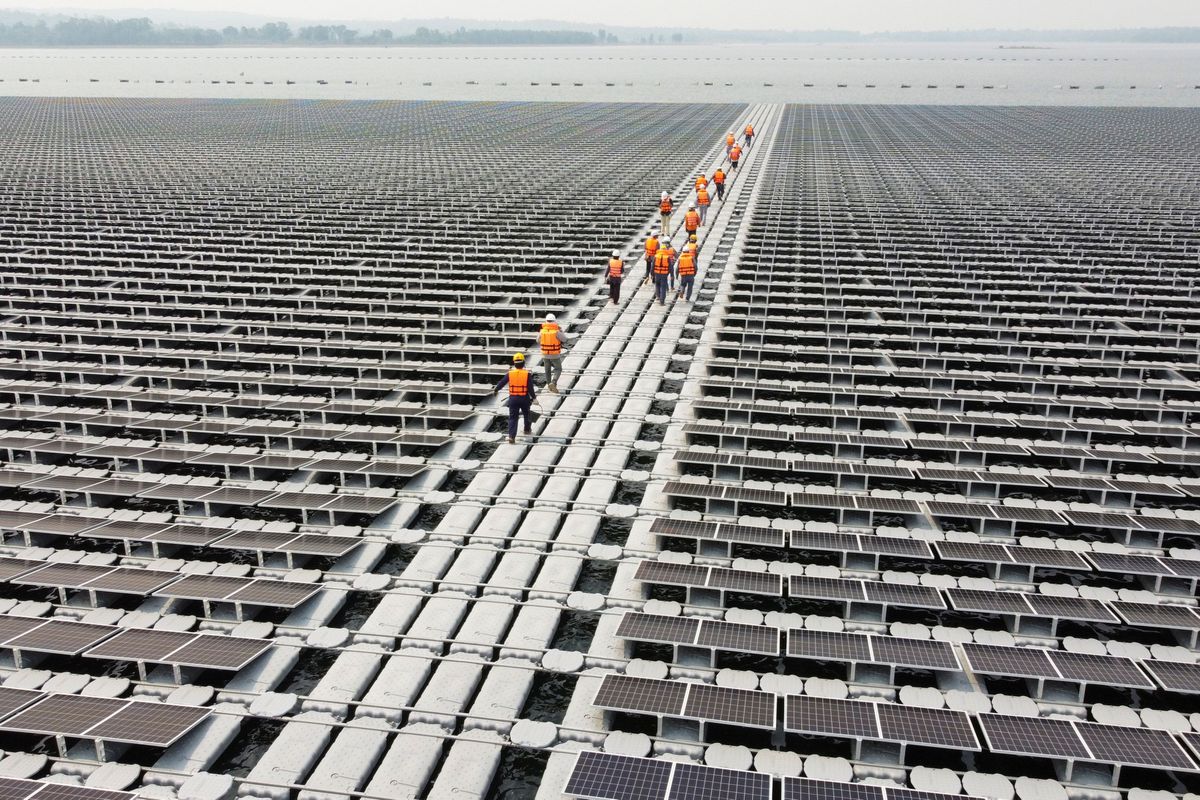 Thailand expects to inaugurate its first hydroslar plant in June, which they say is the largest in the world, with 144,000 solar panels that will occupy 120 hectares and produce 45 megawatts (MW). The panels will float on the water in the Sirindhorn Dam, in the east of the country, so that the plant will produce electricity simultaneously and without interruption with the force of water and light. This hydrosolar project is the first of 13 that the Asian country intends to build on existing dams between now and 2037, with which it expects to generate up to 2,325 MW through panels to counteract its high dependence on fossil fuels when producing energy.

The Thai authorities argue that installing floating panels in hydroelectric plants allows not only to generate clean energy, but also to take advantage of facilities already built to minimize costs and make production more flexible. According to the plans presented, the dam would be closed when the panels are operating at full capacity or when water reserves are low, and it would only open at night or on cloudy days. Likewise, they defend that by being installed on the water it has no impact on local populations or on the environment.

The construction of the plant is part of the energy development plan that Thailand approved in 2018 and which states that 35% of energy production in 2037 must come from renewable sources, although in 2019 this only accounted for 8, 5% of total energy production, according to the International Energy Association (IEA).

The NGO Energy and Ecology Network, based in Bangkok, believes that the hydroslar project could create an unnecessary and potentially expensive excess electrical capacity: “The point is that there is a high level of electricity reserves, so investment in this energy green is being done regardless of demand, “says Witoon Permpongsacharoen, director of the organization. “Of course we support investment in renewable energy versus fossil fuels, but our priority is also energy efficiency.”

The government of the region intends that the dam also stimulate local economic activity and the arrival of travelers, in a territory where tourism is the main source of income. For this they have built an elevated walkway made of wood and glass that will open to the public at the end of 2021.

A fire broke out in a building under reconstruction in St. Petersburg