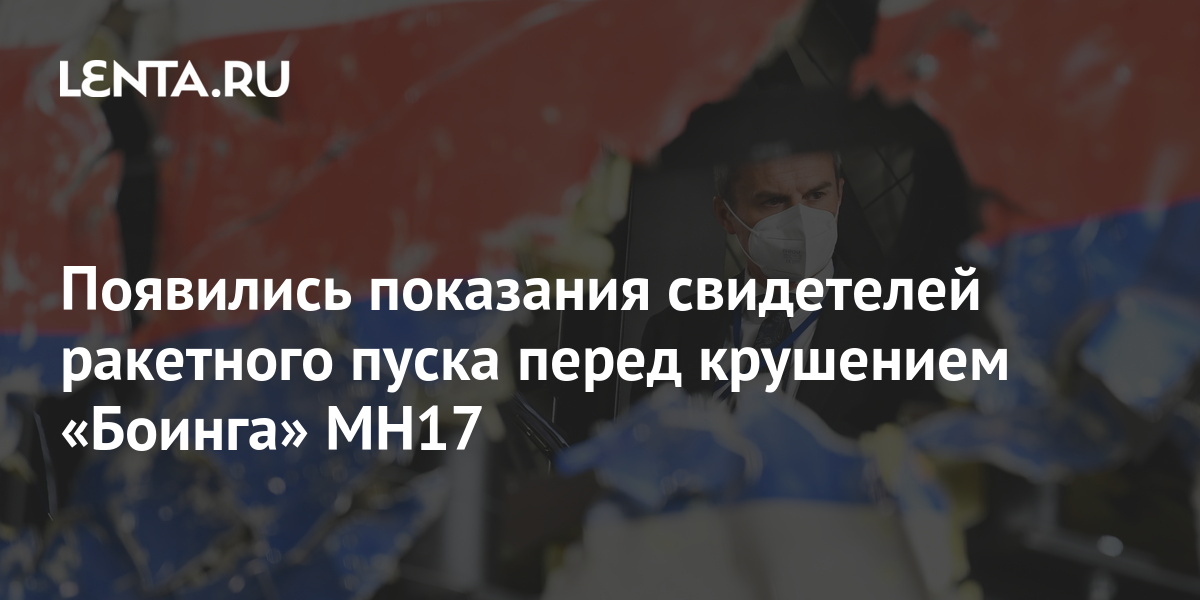 At the court in the Netherlands in the case of the crash of a Malaysian Boeing in Donbass in 2014, testimonies first appeared from people who, according to the investigation, saw the launch of a Buk anti-aircraft missile system towards the plane. It is reported by the BBC Russian Service.

The witnesses were questioned by representatives of the Joint Investigation Team (JIT) and the investigating judge. According to the newspaper, eight people said they saw or heard a rocket launch in the sky near the village of Snezhnoe, which is under the control of the self-proclaimed Donetsk People’s Republic (DPR). At the same time, three witnesses stated that they were in the area of ​​the missile launch.

At least one other person said that before the crash of the liner he was at the DPR checkpoint near the village of Pervomayskoye and heard the roar, whistle and “sound of a burst” in the sky. The investigating judge examined the witness’s telephone billing data – his whereabouts were confirmed that day.

At the end of May, it became known that a court in the Netherlands had completed preliminary proceedings in the case of the crash of flight MH17. The judges examined the reconstruction of the Boeing crash site, specially created at the Dutch air force base.

A Malaysia Airlines Boeing 777 on flight MH17 from Amsterdam to Kuala Lumpur crashed in eastern Ukraine on July 17, 2014. There were 298 people on board, all of whom died. Investigators accused Russian citizens Igor Girkin (Strelkov), Oleg Pulatov, Sergei Dubinsky and Ukrainian Leonid Kharchenko of involvement in the incident. It is assumed that they all have to do with the relocation of the Buk complex, from which the liner was probably shot down.