Terrible deed in France: a man has been beheaded near Paris. The anti-terror investigation is ongoing, and President Macron speaks of an Islamist attack.

Update from October 17th, 12:56 p.m .: There is horror in France. With the murder of a teacher in a Paris suburb, the perpetrator targeted two valuable assets in the republic: the education and the freedom of speech. “My first feeling is first of all fear, but I think that’s exactly what these terrorists are looking for,” said Minister Assistant to the Interior Ministry, Marlène Schiappa, the broadcaster Franceinfo. “Schools educate the free spirit, enlightened citizens – and that is exactly what the Islamists, who live on stupidity, ignorance, indoctrination and hatred, cannot tolerate.”

At the moment, France is still speculating about that motive indeed. The anti-terrorist prosecutor who took over the investigation wants to comment in the afternoon. From circles of the Élysée Palace it was said that a national Commemoration it is planned exactly when, however, it has not yet been determined.

Federal Foreign Minister Heiko Maas (SPD) and EU Commission President Ursula von der Leyen have condemned the fatal attack on a teacher near Paris. “We must never be intimidated by terror, extremism and violence,” Maas wrote on Twitter. Von der Leyen expressed condolences to the relatives of the victim and emphasized the importance of teachers in one democracy.

I condemn the heinous attack in #ConflansSainteHonorine. We stand firmly by the side of our French friends. We must never be intimidated by terror, extremism and violence.

Update from October 17th, 9:16 a.m .: After the beheading of a history teacher near Paris, the police had five more on Saturday night, according to judicial sources Suspects taken into custody. Overall there are now nine people in custody. The alleged perpetrator, who was shot by the police and later died, is said to be an 18-year-old of Chechen origin, according to information from the same circles.

Update from October 17th, 8.38 a.m .: For all that is known so far, the fatal attack was on one history teacher A cruel act in a Paris suburb on Friday evening. By one decapitation of the man in the street is the talk of what France President Emmanuel Macron but not confirmed. During his visit to the crime scene, he hardly gives any details. But he sees an attack on that fact freedom of speech, since the victim reportedly showed Mohammed cartoons in class, according to reports after her mid-40s. This is said to have caused anger and threats at school. The man was attacked near the school building on Friday.

“Our fellow citizen was attacked cowardly, he was the victim of an evil one Islamist terrorist attack“Said Macron on Friday. “You shall not pass. They will not divide us. ”

Currently everyone is waiting for them Results of the investigatorswho want to comment on the course of events and the background. The
The anti-terrorist public prosecutor’s office has taken over the investigation. The police killed the perpetrator after, according to media reports, he tried to attack the police officers when they picked him up shortly after the crime. Unconfirmed reports indicate that he is 18 years old, was born in Moscow and was previously unknown to the secret services. He is said to have shouted “Allahu akbar” (“God is great”) and with one kitchenknife have been armed. He is also said to have bragged about the act on the net.

“Islamist terrorist attack” in Paris: four people after the attack in police custody

According to information from the judiciary, the perpetrator was one Identification document found, according to which the attacker was born in Moscow in 2002. However, formal identification is still pending.

In the evening and at night ran according to the media Searches – there were also several Arrests. Four people were taken into police custody. The arrested, including a minor, were from the family of the attacker, it was said on Saturday night from judicial circles.

Update from October 16, 11:08 p.m.: The bloody attack on a history teacher in a Paris suburb was, according to France’s president Emmanuel Macron an Islamist terrorist attack. That said Macron late Friday evening near the crime scene.

Update from October 16, 9.49 p.m.: Emmanuel Macron has meanwhile arrived at the crime scene to get an idea of ​​the situation. A crisis team has been set up, interior minister Gérald Darmanin broke off a trip to Morocco.

Right wing politician Marine Le Pen responded to the events on Twitter and wrote: “Islamism is waging a war against us: we must force it out of our country.” Education Minister Jean-Michel Blanquer spoke of an attack on the republic: “Our unity and determination are the only answer to the enormity of Islamist terrorism.” Richard Ferrand, President of the National Assembly, said on Twitter: “The assassination of a history teacher is an attack on freedom of expression and the values ​​of the republic. To attack a teacher means to attack all French citizens and freedom. “

Update from October 16, 8:24 p.m.: At the victim of a brutal knife attack Paris According to matching media reports, it should be a history teacher. The man is said to have shown his students Mohammed cartoons during the class on the subject of freedom of expression, several media reported, citing police sources on Friday evening. There was initially no official confirmation.

The attacker was a young man aged 18, reported Franceinfo. There was initially no official confirmation for this either. The man is said to have shouted “Allahu Akbar” (God is great) after the crime. For this, the police confirmed that the attacker had been killed by the police at the scene. Interior Minister Gérard Darmanin announced a crisis team president Emmanuel Macron and Prime Minister Jean Castex on. The country’s leaders are expected at the crime scene around 9 p.m.

First report from October 16, 2020, 7:06 p.m.: Paris – fear and horror in France. Near Paris a man was beheaded on Friday. After the brutal act in the late afternoon near a school in Conflans Saint-Honorine the French Anti-Terrorist Prosecutor was turned on. One investigates among other things because of “murder * in connection with a terrorist enterprise” and because of a “criminal terrorist organization”.

The victim is said to be in on Friday afternoon Conflans-Sainte-Honorine northwest of Paris have been attacked in the street. The police wrote on Twitter that there is currently an operation there and that people should avoid the area. The alleged attacker is said to be in the nearby Éragny-sur-Oise been picked up by the police. Here, too, the police warned via Twitter to avoid the area without providing further information. “Respect the security area,” for example. As the dpa learned that the area around the town had been cordoned off for fear of an explosives vest and that explosives experts had been called in.

France / Paris: man beheaded – fear of terror in the country

Such events ring the alarm bells for many people in France. The largest EU country Has been rocked by Islamist attacks for years – more than 250 people died. Hence the Terrorist threat almost constantly in people’s minds. Only a few weeks ago there had been a knife attack in front of the former editorial building of the satirical magazine “Charlie Hebdo”. (as / dpa) *Merkur.de is part of the nationwide Ippen digital editorial network 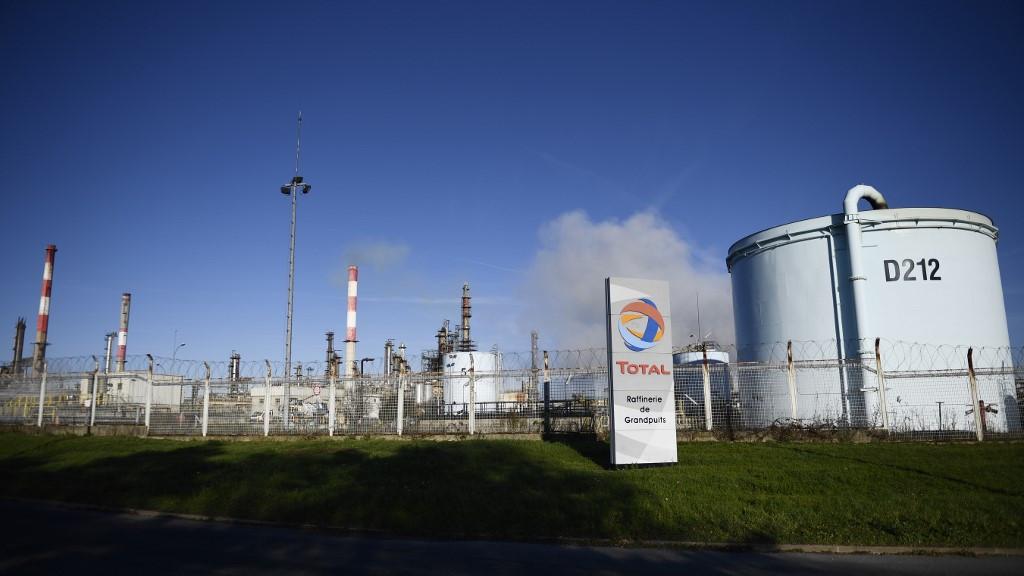 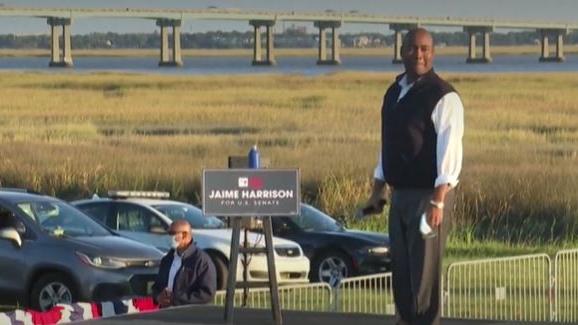 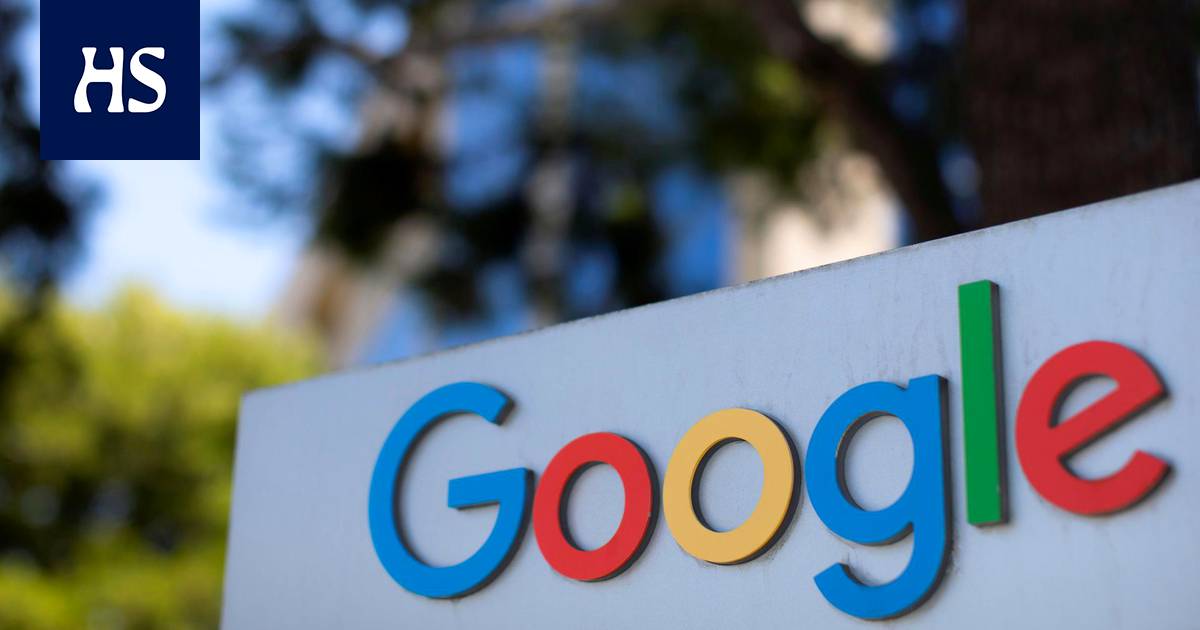 China stunned by construction of bridges in Ladakh, says – opposes infrastructure for army