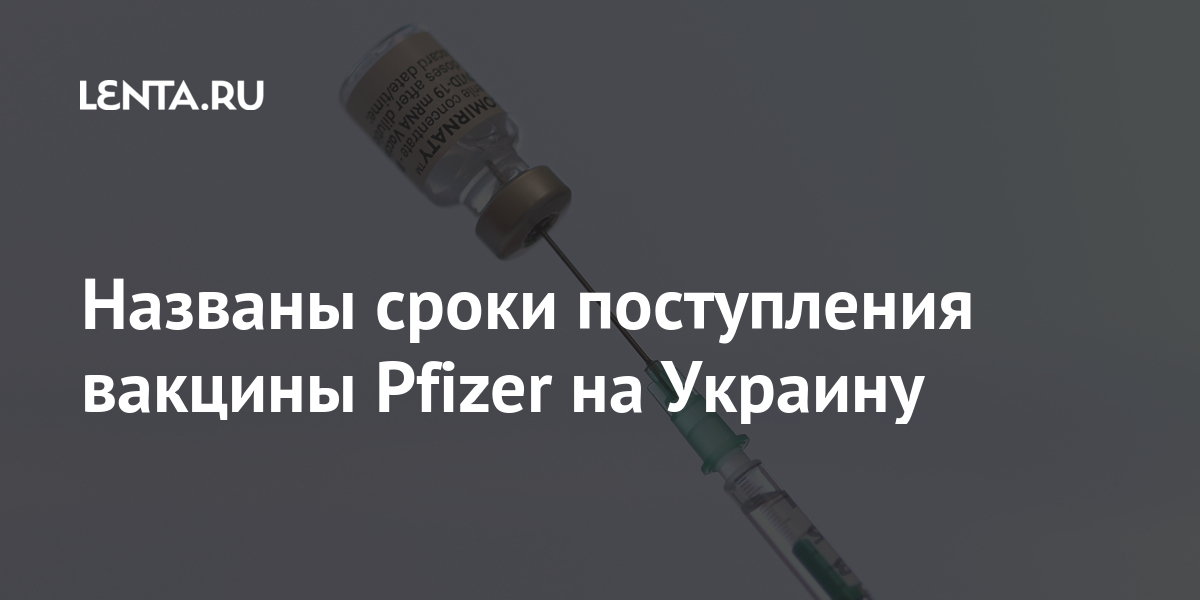 The Minister of Health of Ukraine Maxim Stepanov called April 14-15 as a preliminary date for the receipt of the American vaccine Pfizer in Ukraine, UNIAN reports.

According to him, the volume of the first batch of the drug will be 117 thousand doses. “They will go to specialized boarding schools for the elderly and social workers who work there,” Stepanov said. He added that Ukraine will start receiving subsequent shipments in May. In total, the country claims at least 10 million doses of the American vaccine.

“My soul is crying!”

Without masks, doctors and money: Ukrainian medicine is not coping with the coronavirus epidemic

Earlier, the signing of a major contract for the supply of Pfizer was announced by the President of Ukraine Volodymyr Zelensky. He called this event important for all Ukrainians and explained that the agreement would not have been concluded without the personal intervention of the head of the company, Albert Burla, who promised the president to do “everything possible and impossible” to help the country.

Vaccination against coronavirus in Ukraine began on February 24. The day before, the republic received the first batch of Covishield, which is manufactured in India under a license from AstraZeneca. According to the latest data, more than 1.8 million people have been infected with the coronavirus in Ukraine. On March 4, the government announced the beginning of the third wave of the spread of the infection. By early April, the country came out on top in Europe in terms of the number of new cases of the disease.