Tension in the PRO: María Eugenia Vidal remains undefined and the idea of ​​an intern of hard against moderates grows 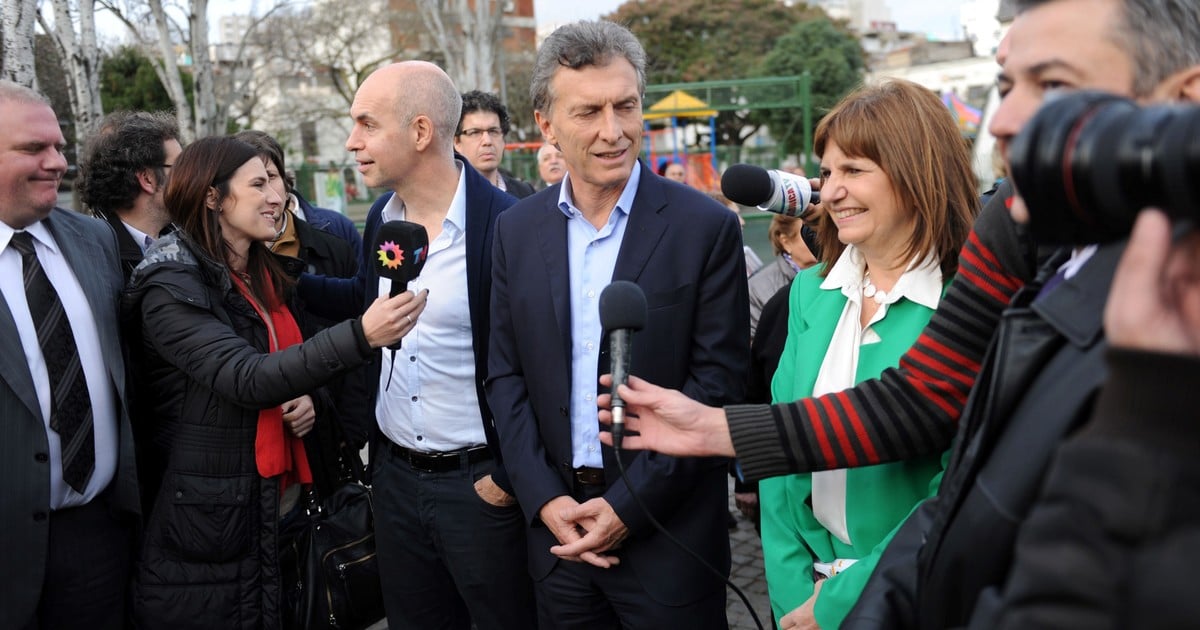 The meeting was much more cordial than in the previous one, charged with internal tension and media pyrotechnics, could be glimpsed. But Patricia bullrich, which in its forms is usually much more effusive than Horacio Rodríguez Larreta, took the opportunity to hit the table with his fist, and reiterate to the head of the Government that he is willing to play hard in an intern that, according to his private account, it’s his last train. And on that trip, he says, he has nothing to lose.

“If it were for the polls, they would not have voted for you“, as it transpired, the former Minister of Security confronted the head of Government when he suggested, in the meeting this Monday, that the best thing was to make peace and accept the results of the surveys, periodically commissioned in his case by Federico Di Benedetto, Buenos Aires Communication Secretary, his most trusted collaborator.

Bullrich was referring to the intern of the PRO of 2015, which pitted Rodríguez Larreta against Gabriela Michetti, who at that time was leading most of the polls but who, in the end, was defeated by the support of Mauricio Macri and the entire Buenos Aires apparatus. Michetti never went back to what he was.

The head of government is uncomfortable. It is hard for him to hide it. The crossroads of an intern between María Eugenia Vidal and Patricia Bullrich in their territory hides a much deeper struggle that several in their environment still disbelieve that they are willing to fight: the decision to confront Macri, whose leadership is not willing to hand over to anyone .

María Eugenia Vidal remains undefined if she will run and in what district. Photo Germán García Adrasti.

In the larretismo the two libraries coexist. Those who push the head of government to now discuss the leadership and, if imposed, organize his presidential campaign as a party leader. And those who believe that the costs of an internal against the hard wing of the PRO may be much more expensive than it seems, and that, in addition, the “Bullrich phenomenon” was underestimated.

“You can’t win with Mauricio, you can’t get there without Mauricio. The issue is that it is an internal that strengthens, and not that bleeds“says a front-line Buenos Aires official who, like Rodríguez Larreta, is torn between the two sides.

At the dinner they shared a month ago, revealed by this newspaper, the head of government had already raised his supposed discomfort with Vidal’s hesitations to Bullrich, who this Wednesday travels to Washington and New York and stretches his indefiniteness: “To María Eugenia, I don’t handle her, “he tried to explain.

Former president Mauricio Macri embodies the toughest sector along with Patricia Bullrich within the PRO.

The President of the PRO is not convinced: she believes that Rodríguez Larreta hides the objective of getting rid of her and, incidentally, questioning Macri’s leadership.

What the former Minister of Security does not know is that Vidal has so much or more desire that the head of government to shake the hard wing of the PRO. The former governor was not amused that in the last talk alone between the former president, Macri advised her to be a candidate in the Province, the only definition that the former Buenos Aires president has already ruled out.

Qualified sources of Macrismo and Larretismo realize that beyond the tensions in the City and the Province there was another disagreement, almost 700 kilometers away, which ended up altering the precarious internal balance: the vehemence with which the former president seeks to impose on Gustavo Santos as head of the list for the Senate in Córdoba, above other top-grossing options such as Luis Juez or Mario Negri, in the event that the radical decides to leave deputies and try his luck in the upper house.

In the moderate sector they do not understand Macri’s closure to insist with Santos, whose popularity is very low. Rodríguez Larreta, stand out at his side, crushes on the need to nominate the most competitive candidates in each district.

For this reason, they add, he preferred Vidal to run in Buenos Aires territory, where he ruled for four years and where he maintains, despite the overwhelming defeat at the hands of Axel Kicillof, a considerable advantage over any of the opposition leaders who want that place, engulfed in a fierce internment that still has no solution.

At the meeting of the JXC national table on Tuesday, a consensus was reached, for each case, on the incorporation of a lower floor of votes to promote internal votes and summon the largest number of leaders. An idea thought, to a large extent, for the province of Buenos Aires.

Rodríguez Larreta now awaits the definition of his partner to see if he faces Bullrich and Macri in the City. But meanwhile, the extension in the decision of the former governor alters the spirits.

In recent days, in the corridors of Uspallata, information about an alleged request from Vidal as a condition to engage in an internship with Bullrich: the splitting of the Ministry of Security and Justice for two of its most trusted men. An insistent version that, according to sources in the City, fell terrible to Marcelo D’Alessandro, an official with an excellent relationship with the head of Government.