Tension and bullfights: the Police released a picket line on July 9 that had been going on for more than 10 hours 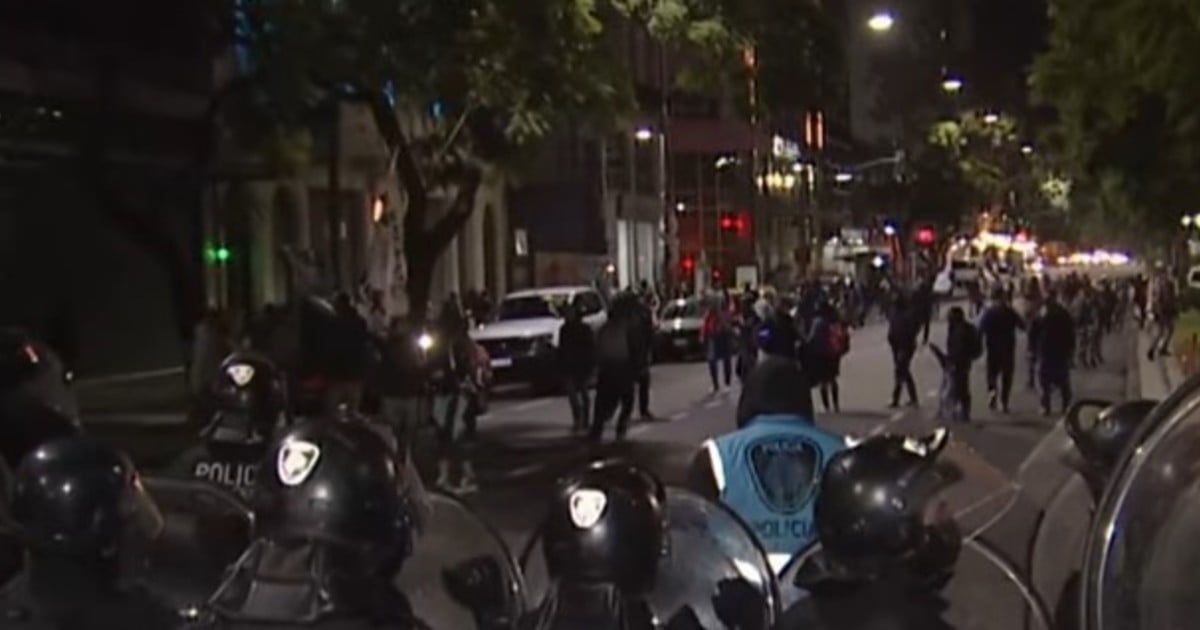 The police evicted this Thursday night protesters from social organizations who were cutting off 9 de Julio Avenue at the height of Belgrano, at the Ministry of Social Development. The protest lasted about 10 hours. For almost half an hour, there were runs and a lot of tension.

The Front of Organizations in Struggle (FOL), along with other organizations, had convened in the morning to gather at the intersection of San Juan and 9 de Julio avenues to mobilize from there to the headquarters of the Ministry of Social Development “in demand of land to work, produce and build houses. “

Around 9pm, the protesters they clashed with the police, which advanced to clear the lanes that were cut. They registered some bullfights and confrontations.

They dislodged a demonstration on July 9. There were bullfights and some confrontations.

Official sources consulted by Clarion indicated that “incidents were generated as a result of the protesters they wanted to set up tents“.

When the police did not allow them, “the protesters began to attack by throwing blunt elements,” they added.

On the other side, the uniformed men advanced in a numerous infantry cordon and supported by the motorized squad, after they wanted to set up the tents, which ended up being the trigger.

There was at least one detainee during the eviction of the protest and the attempted encampment, although data on the person or the specific circumstances that led to the arrest have not yet been disclosed. It was also not reported where he was transferred.

According to the images that were broadcast on different television signals -which covered the situation in unison when the tension was notorious- there were also some episodes of violence, in which stones and bottles flew against police officers.

In the operation, the police seized a tent and some flags, as part of the attempted encampment that was finally aborted by the actions of the City’s troops.

Long day of protests and cuts

In addition to July 9, there was a picket line on the Tren Roca tracks and cuts in Puente La Noria.

On the Roca train, a group of outsourced workers from the security companies that provide services on the line held a protest of more than seven hours on the tracks, at the height of the Darío Santillán and Maximiliano Kosteki (former Avellaneda) stations.

The protesters kept the tracks closed from the morning until minutes after 17:30. Tired, the users broke the bars of the Constitución station and entered by force.

The images that were seen from the raging tide spoke for themselves: anger, chaos and desperation to get a place on the train, unable to comply with the recommended social distance in the middle of the coronavirus pandemic. The frequency of the Roca took time to resume its normal operation.

There were also marches to the headquarters of the Ministry of Labor, in Callao at 100, where workers from the Garrahan Hospital arrived. They carried out this Thursday a day of stop in claim salary improvements. And for the bonus promised to health personnel, not fulfilled in a timely manner.