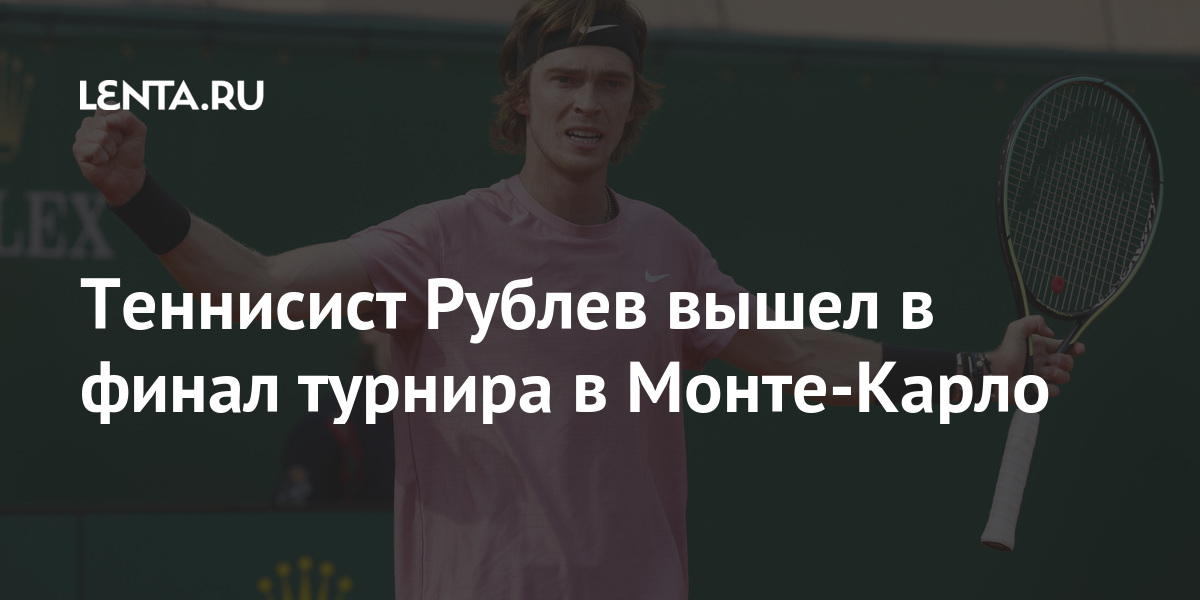 Russian tennis player Andrei Rublev reached the final of the Masters series tournament in Monte Carlo. The correspondent of “Lenta.ru” informs about it.

The 23-year-old Russian defeated the representative of Norway Kasper Ruud. The score in the match is 6: 3.7: 5 in favor of the national tennis player. The final of the tournament in Monte Carlo will take place on 18 April. In the decisive match, Rublev will face the Greek Stefanos Tsitsipas.

Thus, Rublev developed his success after defeating Spaniard Rafael Nadal in the quarterfinals of the tournament. The Russian tennis player turned out to be stronger than the third racket of the world.

In the 1/8 finals, Rublev broke the resistance of the Spaniard Roberto Bautista-Agut. He managed to take revenge for the defeat in the tournament in Qatar.

Rublev is eighth in the ranking of the Association of Professional Tennis Players (ATP).

New poll in the anti-K capital of Argentina: image of leaders and voting intention 2021

Income differences The Finnish pension system smooths income disparities, but according to the expert, a mating trend is underway, which may increase wealth disparities

Whims set another record in the NHL