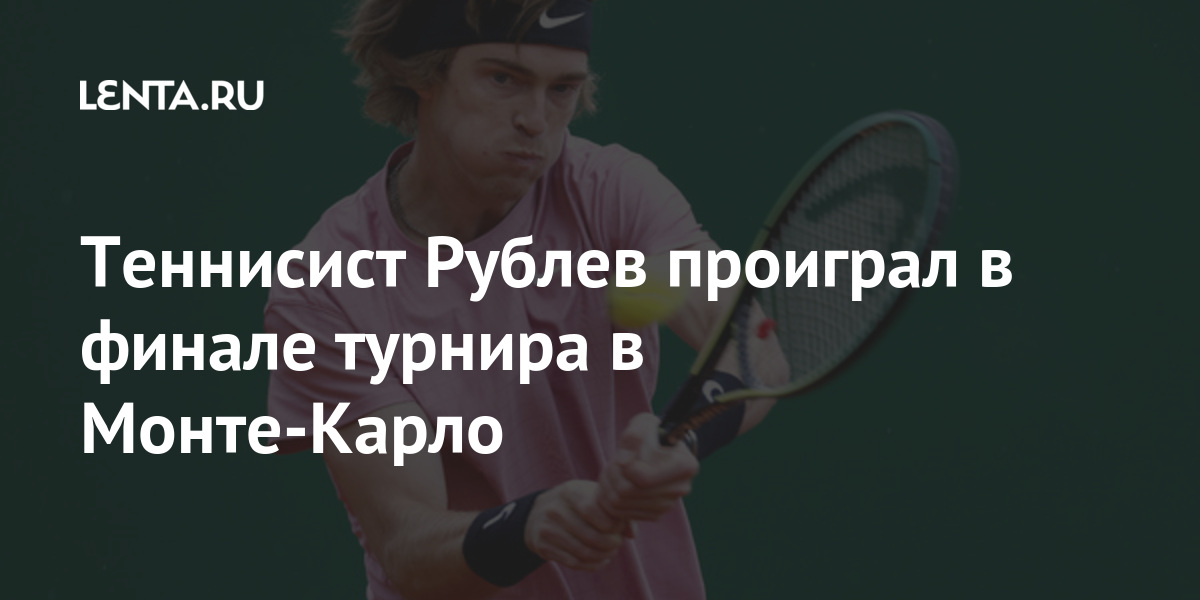 Russian tennis player Andrei Rublev lost in the final of the Masters series tournament in Monte Carlo. The correspondent of “Lenta.ru” informs about it.

The 23-year-old Russian lost to the Greek Stefanos Tsitsipas. The score in the match is 6: 3, 6: 3 in favor of the 22-year-old Greek athlete. The tennis players met on the court for the seventh time: Tsitsipas won the fourth victory, Rublev beat the opponent three times.

The Russian played in the final of the Masters series tournament for the first time. In the quarterfinals, he beat the Spaniard Rafael Nadal, and in the semifinals of the tournament he won over the representative of Norway, Kasper Ruud.

Rublev is eighth in the ranking of the Association of Professional Tennis Players (ATP).

CSU online membership: keep the Söder flame on the tongue