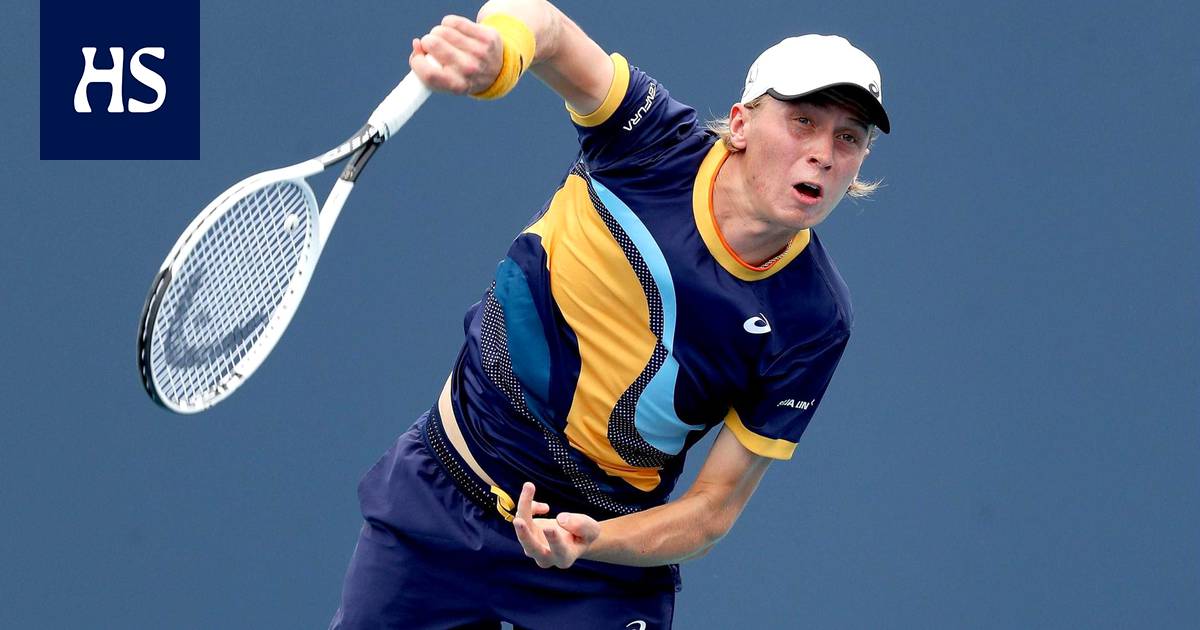 Finland tennis Emil Rose Mountain had to face Pablo Cuevas In the first round of the ATP 250 tournament in Balgrad, but Rose Mountain gave up the match.

“I had to withdraw from the Serbia Open because there was little pain in my elbow,” Ruusuvuori wrote on his Facebook page. “Given the cold and heavy conditions, me and the team decided it was best not to take any risks.”

Rose Mountain should play next week at the ATP 250 in Munich as the mass field season continues in Europe.

Tuesday there were ingredients for a Finnish tennis day when Henri Kontinen played doubles in Barcelona almost at the same time as Rose Mountain should have competed in Belgrade.

Kontinen and his partner Edouard Roger-Vasselin lost their first round match to the British pair Daniel Evans/Neal Skupski 6–4, 5–7, 13–11.

Kontinen and Roger-Vasselin got the match ball in the third round of the playoffs. They led 11-10 when Roger-Vasselin was allowed to pass twice. Kontinen guessed too early as he tried to go and cut off Skupski’s feed response. The risk was unsuccessful and Roger-Vasselin lost his second pass after another.

Evans acknowledged the match to the British pair in the next pass. Evans is a skilled four-player in addition to going in doubles as well. He staged a big surprise last week by winning Novak Djokovićin Monte Carlo.

The first the loss for the round was Fifth for Kontinen this year. He won the ATP 250 tournament in Montpellier with Roger-Vasselin in February and advanced to the semifinals in the next race in Rotterdam, but otherwise the season has been awkward.

Coronavirus in Brazil: 'My daughter and I are caught in the tragedy'

If you play against very tall tennis players, follow these 5 tips