Television | When the pandemic began, comedian Bo Burnham closed his room to describe himself – Now the end result is visible to everyone, and it’s miraculous 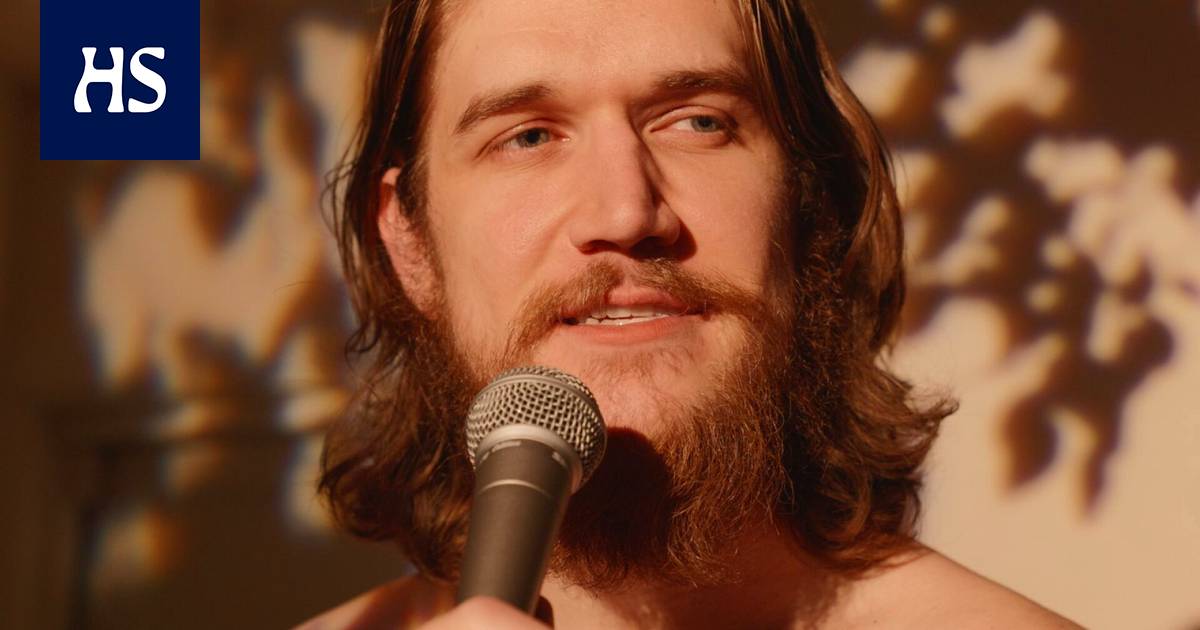 Bo Burnham’s work on Netflix is ​​a one-man masterpiece, and at the same time the best proof of why the internet is needed.

Rarely it’s so excited about anything seen on television.

American comedian Bo Burnhamin Inside (2021) is a work of just under an hour and a half to be seen on Netflix, called a “comedy special”.

Insiden in which case it is a bit of a fool and even a derogatory designation. Inside is an insightful, funny, profound and visually fine work. It’s a film written, played, directed and edited by one person alone, with more levels and attitudes than anywhere I’ve seen before.

Well it can also be called ingenious and miraculous. For example, a British newspaper The Guardian calli work as a “claustrophobic masterpiece” and gave it a full five stars. Similar praise has come from critics throughout the Western world.

Who then is this genius of thirties, rather unknown in Finland, what he might ironically call himself?

Robert “Bo” Burnham is the world’s first Youtube sensation. His career began fifteen years ago with self-portrayed videos in which self-made pieces of music played an important role. The videos of the sixteen-year-old boy garnered widespread attention, and Burnham became a sought-after performer at comedy clubs and festivals.

The comedy specials published on Netflix further boosted its reputation. The latest of them – Make Happy – appeared in 2016 and filmed his tour. During the tour, he had severe anxiety attacks and stopped performing.

He also deals with the subject in the fiction film he has written and directed Eight Grade (2018). In it, teenage Kayla struggles with social anxiety and desperately tries to get approval from her classmates. Naturally, Kayla at the same time makes videos of her life on the internet.

In interviews, Burnham has said he wanted the film to address his own anxiety he has suffered since school age.

He has described the panic disorder he has experienced since 2013 as riding an enraged bull.

In the film, Burnham reflects on the world going between safely under cover in the fetal position. She has suffered from anxiety symptoms and panic disorder since 2013. Picture: Netflix

Now published Inside jrun smoothly on the artist’s mental health issues. Burnham, who usually appeared as a silo cheek at the beginning of the film, sits in a dim room tangled and bearded and tunes in to the camera.

It then triggers a stunning fireworks display where Burnham sings his songs, throws stand-ups, changes roles and opens up his life. It all happens in one room, which Burnham has turned into an insane one-man show.

Or maybe a two-man show. Namely, there seem to be two parallel characters in the film. There is performer-Bo and Robert Burnham, who appears in documentary scenes.

The latter has a problem: if the production is completed, he has to start living his life.

Themes there is a lot in the book. Burnham deals with childhood, capitalism, attention deficit, masculinity, suicide, religion, and addictions, among others, to name a few.

However, the most important theme is the impact of the internet and its literally endless supply on our world, our ability to concentrate and our mental health. Burnham, who has been a tuber star for years, now seems totally tired of his instrument.

The result is songs that recite all the stuff found on the internet: there are bomb-making instructions, the legs of famous women, conspiracy theories, and each other Harry Potter characters.

Apathy is a tragedy and boredom is a crime, but luckily there is a little something for everyone on the internet all the time. As successive works, as lewd montages.

“Here’s a pasta recipe. This is where the nine-year-old died, ”Burnham rejoiced.

Behind the singing character, the starry sky reflected on the wall twinkles as if reflecting the breadth of the internet.

There is always something to find.

In the game video, the anemic tubettaja player comments on a game character locked in a small room who can only illuminate with a lamp, play the piano, or cry. The character cries a lot.

Some giants seeking children’s souls, women posing in their Instagram bubbles and, of course, white heterosexuals will also play their part. Perfection touches the sketch in which the kundi portrayed by Burnham teaches children how society works. As Skets progresses, the enraged man ends up showing the sock he wears as a doll this position in the world.

Okay, let’s face it: a sketch doesn’t sound as much fun when told.

Burnham made the whole visually fine and competently cut film practically himself. In the work, he says that the work was mentally very heavy for him. Picture: Netflix

Size the glittering personality of the work is the glue that unites the multiplicity of themes. The venue that serves as the venue is confused like the mind of the artist, and Robert Burnham’s head seems to be John Malkovichin even more distressing to the head.

Moreover, above all, there is the isolation caused by the pandemic, to which anyone who has spent the past year with this ball can identify with. Still, it’s not distressing, but the viewing experience is accompanied by cathartic laughter.

The film also has so many different levels that it doesn’t seem to empty on multiple views. There is always something new to understand in the same way as, say Roy Andersson from the movies.

Is then the question is fiction, autofiction or a documentary work? Is Burnham’s anxiety in the film real or fictional? Does he really turn thirty in the middle of the work or is the scene staged?

And has he really tuned in all the projectors that project images into his body?

Maybe it doesn’t matter that much. Burnham has done Inside of his life as an overall work in which different characters mingle as the internet ages. I wouldn’t be bothered even if it was revealed that there has been an entire army of photographers, recorders, lightmen and directors assisting.

Or well, maybe that would be a little distracting.

Admittedly, it would make it easier. Namely, the fierce idea is that any actor with sufficient visionary could have had the opportunity to create a similar masterpiece during the corona.

Inside is the most beautiful indication of the opportunities the internet offers to a sufficiently talented person.

Burnhamin movie ends with a scene that brings to mind Truman Show’n last minutes. Those during which Jim Carreyn presented by Truman Burbank steps out the door on the white wall into freedom.

It is certainly no coincidence.

It is to be hoped that the two depressed comedians will still someday join forces.

It would become something unique.