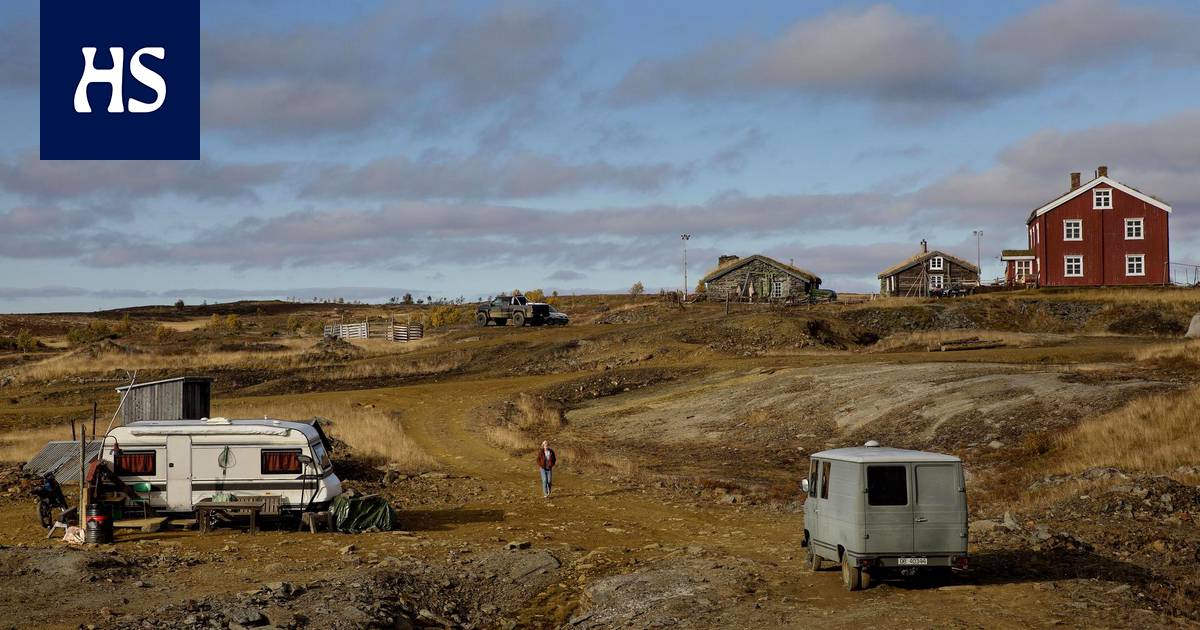 In the series presenting the oblique character gallery, Norway appears as a wilderness filled with alcoholism, intimate partner violence and game debts.

“Here is so beautiful, ”says the school’s new teacher. The rugged landscapes of the north are unbeatable, but nothing more beautiful Welcome to Utmark series is easy to find. People do ugly things to each other.

Revenge is at the heart of the story, but the oblique character gallery of the eight-part drama series holds much more. The village priest curses God, two Albanian sex workers live in the basement of a local man, and the only law enforcement officer in the area sits in a card circle with the criminals.

Norway, one of the richest, happiest and most equal countries in the world, appears to be a wilderness filled with alcoholism, intimate partner violence and gambling debt. The humor of the series pulps from the same dark swamp as its themes.

HBO the original series is located in an isolated village community in northern Norway. It has a dose of western, another Twin Peaks, third Fargoa and the fourth traditional country comedy, but they are all reflected through the gloomy northern prism.

“That’s where my mom shot my dad,” the man explains the closed door in the house he rented. Humor does not soften, but on the other hand, violence does not soften. Instead of shock, it seeks a sudden mood and motives.

Welcome to Utmarkin was created by a Danish screenwriter Kim Fupz Aakeson. He is especially known for movies, among other things About the snow plowman (2014). Also an Icelandic in charge of guidance Dagur Kári is a globally recognized factor.

The duo has made a deliberately slow-boiling series. The characters are dropped in gradually, and the tensions swell at the same rate as these jump from the ditch to the spring.

However, some of the story lines inevitably stay on their feet and some of the characters become detached. Such is the case, for example, with a local merchant who receives demonic scenes.

Light brings a child character to the series. Only 12-year-old Marin is her father’s conscience and her mother’s voice of reason, a mirror against which the adult mood seems even dirtier.

In a way, the viewer is left with the same part as the girl: the hope that the people will be able to do better. It is thanks to the authors that hope and at the same time interest remain throughout the series.

Eero Milonoff and Pelle Heikkilä stop in side roles as Finnish smugglers. The music of 22-Pistepirko, which is heard in several episodes, also adds Finnish color to the narrative.

HS Helsinki On Equality Day, there was no flagging in the courtyard of Sompasaari - Then there was a confusion behind the scenes, which caused the entire flagpole to be removed with little noise.

After killing Analía Maldonado, the femicide stole $ 200 thousand and US $ 1,500