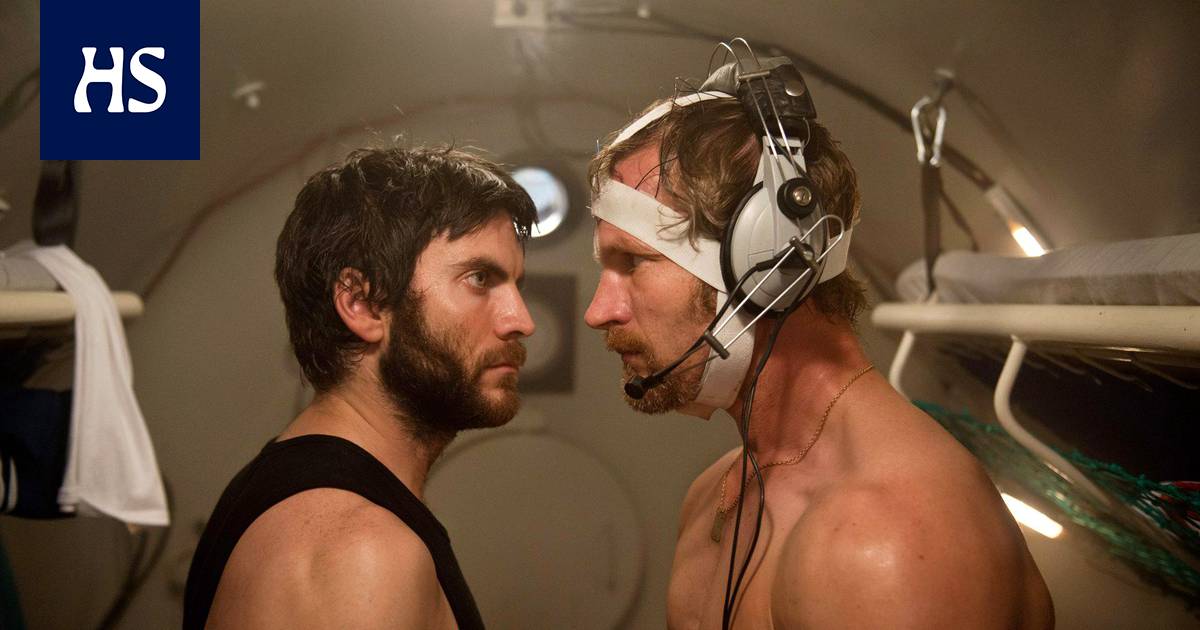 (Germany 2016) Stand up comedian (Julia Jentsch) finds out she is expecting a child with Down syndrome and heart failure. Anne Zohra Berrached’s touching drama reflects on moral issues: who gets to decide if a woman can have an abortion. (K12)

(Finland 2017) The police couple (Aku Hirviniemi and Janne Kataja) perform as Rubens’ artist brothers. Anna Dahlman directed the second part of the children’s film series. The Hay Hat (Emily Shipway) and the Quilted Slipper (Ella Kangas) will be left out when the adults flaunt the fram.

(USA 2014) A couple in their forties in crisis (Naomi Watts and Ben Stiller) befriend a couple in their twenties (Amanda Seyfried and Adam Driver). Noah Baumbach’s insightful comedy makes fun of both cynical middle-aged and idealistic millennials. (K12)

Harry Potter and the Prisoner of Azkaban ★★★

(USA 2004) Harry (Daniel Radcliffe) is on the kill list of a runaway rogue (Gary Oldman). The entertaining third part of the series is directed by Alfonso Cuarón. (K12)

In the Valley of Violence ★★

(USA 2016) A stranger (Ethan Hawke) arrives in a city called the Valley of Violence. In Ti West’s vengeance, nothing is left between the lines for the viewer to interpret. (K16)

Heroes of the Arctic Circle 2 ★★

(Finland 2014) In the second part of the comedy series, father Janne (Jussi Vatanen) has difficulty adjusting to parenthood. Humor is torn from the different expectations placed on the roles of father and mother. The director is Teppo Airaksinen. (K12)

(USA 2015) An African-American teenage boy (Shameik Moore) accidentally gets a new party drug in a pound. The satire of a teen comedy that quotes the aesthetics of Rick Famuyiwa’s rap videos may not be open to young viewers, but they may interpret the film as portraying drug use gloriously. Asap Rocky flashes as a drug dealer on the side. (K16)

(Sweden 2020) Martinsson (Sascha Zacharias) investigates a case in which the claim of a Sámi reindeer herder (Henrik Gustafsson) has been killed. The film opens the second season of a series of TV crime films based on Åsa Larsson’s feminist detective stories. (K12)

(USA 2009) In the second part of Shawn Levy’s comedy trilogy, former museum night watchman Larry (Ben Stiller) helps his friends, who are being transferred to the collections of the Smithsonian Institution. (K7)

Pioneer – diving into the depths of the sea ★★★

(Norway / Finland / Germany / France / Sweden 2013) The lives of divers (including Aksel Hennie) were in danger when Americans competed with Norwegians for North Sea oil in the 1970s. Inspired by the true events of Erik Skjoldbjærg, the conspiracy thriller is so claustrophobic that even the viewer would need a bottle of oxygen. (K12)

(USA 2015) A woman tortured as a child (Troian Bellisario) takes her friend (Bailey Noble) on a vengeance trip. Kevin and Michael Goetz re-filmed the 2008 horror film by Pascal Laugier of France. The violence in the film by production company Blumhouse is extremely sadistic. (K18)

EEG conductors to Rosángela Espinoza: You must think before doing things