Television | Participating homosexuals on the reality program Love Island would be “logistically awkward,” said the head of the British television network – what about the Finnish version? 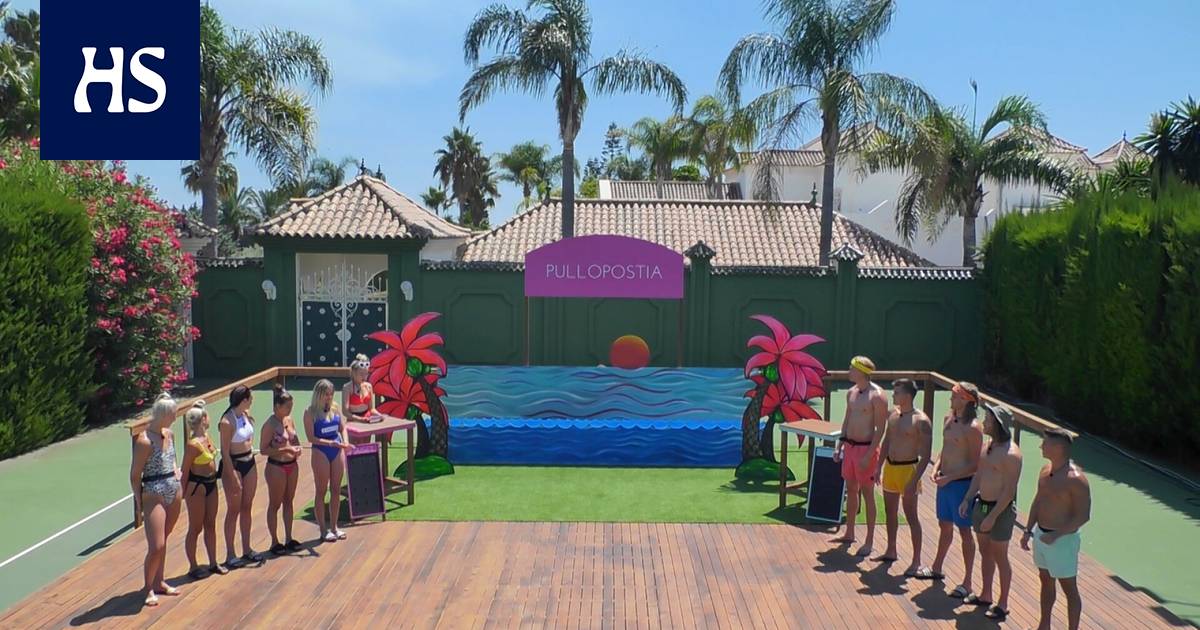 The program forms pairs and seeks a winning pot.

British head of the television network ITV Amanda Stavri advocated sexual diversity in reality TV programs. He said so to the Radio Times in an interview in early June 2021.

The subject was a British reality show Love Island. Stavr was asked if non-heterosexuals could participate in the program.

According to Stavri, applicants “don’t have to be 100 percent heterosexual”.

“But when it comes to homosexuals, the biggest challenge is the format.”

The still life of the program has followed the division into women and men, and thus the idea has been maintained that these genders also mate with each other.

Partly because of the participation of homosexuals in the program was according to Stavri “Logistically cumbersome”. Each participant should have equal choice in mating.

In 2018 Landed in Finland from Britain Love Island Finland The third season of the reality program will start in the autumn of this year. The series, which will be shot in Spain, will be shown on MTV channels and platforms.

Channel as described in the program, “a bunch of handsome and beautiful singles arrive at the lavish wool to spend the best vacation of their lives”. They seek love for themselves, and form couples. As the program progresses, the pairs will vary. New singles are also coming to the island. A pair, or a competitor left without a pair, may fall. The winning pair, which viewers can vote for, can either split the € 25,000 prize pool, or alternatively, the other party can take the money.

In previous production seasons, pairs have formed heteronormatively. But could sexual minorities, such as homosexuals, apply for the program?

Yes they can, the corresponding producer of the program Eevamaria Vassinen responsible.

“We are open to LGBT participants. Love cannot be regulated. ”

In the past during the production seasons the initial setup has been the same: 12 singles. Equal number of women and men, according to the international format.

What if those of the same sex formed a couple?

According to Vassinen, it is not possible to know in advance what “will happen in the house and the likes cannot be influenced by an outsider”.

“We respect everyone’s freedom to fall in love with anyone, regardless of gender or sexual orientation.”

Of course, that would pose a challenge to screenwriters compared to what is used to it, Vassinen says. Should “react in an instant”.

“For example, if a woman were left without a pair, the production company would look for suitable pair candidates for her from the applicant pool.”

The selection of applicants for production is guided by the question on the application form: what is the man / woman of your dreams like. According to Vassinen, “a combination that together can produce content full of love for us throughout the long production period”, ie eight weeks, is chosen from the group. During that time, there will be about forty participants.

“In essence, we are dependent on the crowd that has decided to apply for the program.”

Anyone can apply, but participants must have “enough comprehensive options,” that is, several people to fall in love with.

“But if women or men fall in love with each other, it’s just a Plus on the program, perfect for Reality.”

In the application form gender is also asked: female, male or other.

However, the program “plays with women and men,” as Vassinen puts it. There are “two teams”. The other sex should therefore be “identified with either”.

Vassinen is considering a version of the Love Island Finland program in which all participants would be, for example, of the same sex or representing the same sexual orientation. That would be possible, in principle.

“One should then believe that the program will be of sufficient interest to a wide audience and that it will achieve certain objectives.”

Then the viewership. Is it dependent on gender or sexuality?

“No no! Everything starts with interesting people. ”

In the past During the period, the Finnish version of the program has manifested heteronormativity and presented it as based on gender opposition.

Have there been any sexual minorities among the applicants?

“No,” Vassinen says. “To date, applicants have represented heterosexuality, or the majority population.”

Why, he doesn’t know that. Perhaps it is due to the “big and well-known format”.

“Applicants have perceived the program as a certain kind.”