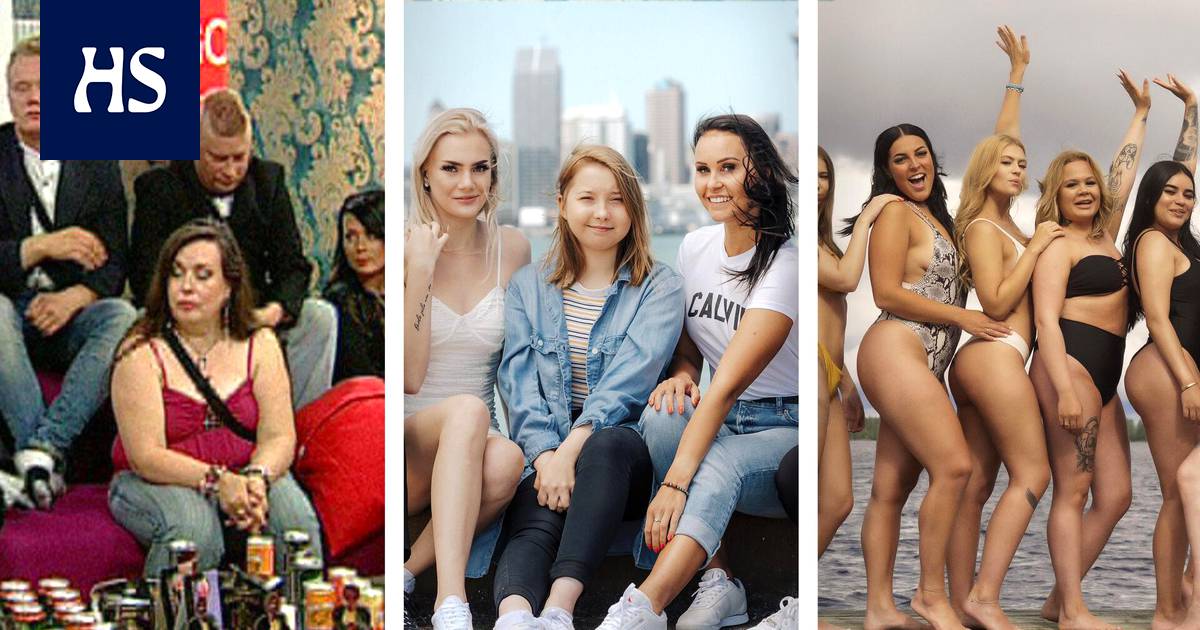 According to Yle’s MOT program, experiences in reality programs have even caused self-destructive thoughts in the participants.

Four the media plans to investigate Yle MOTallegations of bad experiences of participants in reality TV programs. Television director Ville Toivonen the allegations should be examined in conjunction with the production companies responsible for the production of the programs.

“As a big player, we also understand our responsibility in reviewing and developing the ethical practices of reality program productions,” Toivonen writes in his e-mail.

The MOT said on Monday about grievances in the participant agreements of Finnish reality TV programs.

Tia Rauhamäki is one named interviewee. Rauhamäki participated Temptation to Iceland once with his then male friend. The man ended up betraying him just eight hours after filming began, and Rauhamäki collapsed mentally.

According to Rauhamäki, he wanted the filming to go home immediately, but the production company of the program reminded him of a heavy contract penalty.

The participant agreement seen by Yle stipulates that filming may not be suspended without good cause approved by the producer. Such are, for example, the serious illness or death of a relative.

Violation of the contract may result in a fine of 20,000 euros.

According to Toivonen, it is difficult for the television channel to comment on the details that happened in the filming.

“We cannot take a position on agreements between individuals and production companies that have made programs, or on confidential discussions that took place during programming, or on matters of health or contractual information,” he says.

Joni Helsselgren participated in Big Brother in 2014. At that time, the program was presented by Subtv.­Picture: SUBTV

In all in three formats, mainly young participants are exposed to the abnormal circumstances in which they are described. In some, they are even isolated from the outside world.

For many, the conditions are too much.

Big Brotheria was shown on Subtv until 2014, after which it paused for several years. To Big Brother 2014 participated Joni Hesselgren says in an interview with Yle that he was promised orally that the shower would not be shown if, for example, there is no interesting discussion in the washing situation.

After leaving the house, Hesselgren was shocked that he had been shown in the shower naked.

“I found it really offensive because we had an oral agreement that when I’m alone, nothing like that is shown. I was really disgraced and embarrassed, ”she says.

Singles in a group photo on the eighth season of Temptation Island. The program is presented by Nelonen.­Picture: Four

MOT: n According to the participants interviewed, the material has also been misled in reality TV programs. Two interviewees said that the edited program suggested that they had sex, even though in reality this had not happened.

“Evening campfire videos are full of manipulation and mental torture. If you talk for half a day about a good partner and one sentence about evil, then that one sentence is on video. For me, it led to anxiety and feelings of inadequacy, weakened self-esteem and made me much more vulnerable, ” Temptation Island –participated in the period Vilma Karjalainen describes MOTin the program.

Clearance according to the participants in the programs must sign agreements that bind them to almost complete silence about the events of the program.

At least once, the non-disclosure agreement has also been threatened, but reportedly no participant has had to pay anything.

TV 2: n Au pairit Participants in the program undertake to keep all discussions with the production company confidential for an indefinite period of time.

Violation of the condition will result in a contractual penalty of EUR 15,000.

The au pairs were in New Zealand last year. The series is presented by TV 2.­Picture: YLE / Martti Niskanen

In Florida, the age limit for consuming and buying alcohol is 21 years, but the production company procured alcohol for younger participants.

Several participants in the series say there was no direct pressure to drink, but the atmosphere was encouraging.

Mightily creative content manager Ville Vilén emphasizes that Au Pairit According to Finnish law, the participants in the program were not minors and that this was a closed event.

Anyway, he wants to point out the differences between the programs under the reality TV title.

“Real TV is starting to be a bit outdated term that includes any kind of program. We don’t have Yle Big Brotherin or Temptation Islandin but we have moved on to make serial documents that follow a person’s natural life. ”

Vilén admits that those described in the monitoring documents are also required to sign various agreements.

“A person’s mind can change or a life situation can change, but the program still needs to be able to be completed. In True Crime, the rights of the victim still come, ”he says.

Vilén doubts that it will be difficult for Finnish production companies to intervene in contracts, because the entire package is purchased as such in foreign formats.

Today, many competitive reality series show the same people already familiar to the public. For some of them, appearing in programs is almost reminiscent of a profession.

“A lot of some celebrities seem to be circulating from one program to another, and for them, production companies are probably competing,” he says.

According to Toivonen, several hundred people have participated in Nelonen Media’s reality productions over the years. The majority of them are subsequently satisfied with their experience and decision to participate in the program.

“For many, it has also served as a springboard for a new career path and provided visibility to advance it. However, this does not invalidate or justify the bad experiences of some participants, ”Toivonen says.

Also MOT: n according to some of the interviewees considered the experience almost exclusively positive.

MOT asked both broadcast channels and production companies for comments on the criticisms made by participants and experts.

In the view of all three production companies, the selection of participants will pay sufficient attention to the fact that they are suitable for the conditions of the format in question and know what is involved.

Big Brotheria Banijay Finland says that the applicants’ suitability for the program is carefully examined and the production process is thoroughly reviewed with each participant before they sign the participant agreement.

The production companies hardly agreed to comment on the grievances raised by the participants.

Four media Toivonen believes that despite the problems, reality programs will continue to be the mainstream of Finnish television.

“Real TV interests people and sparks debate. Different reality shows are the most popular content on almost all channels from year to year, ”he says.