Telegram took over function from Clubhouse 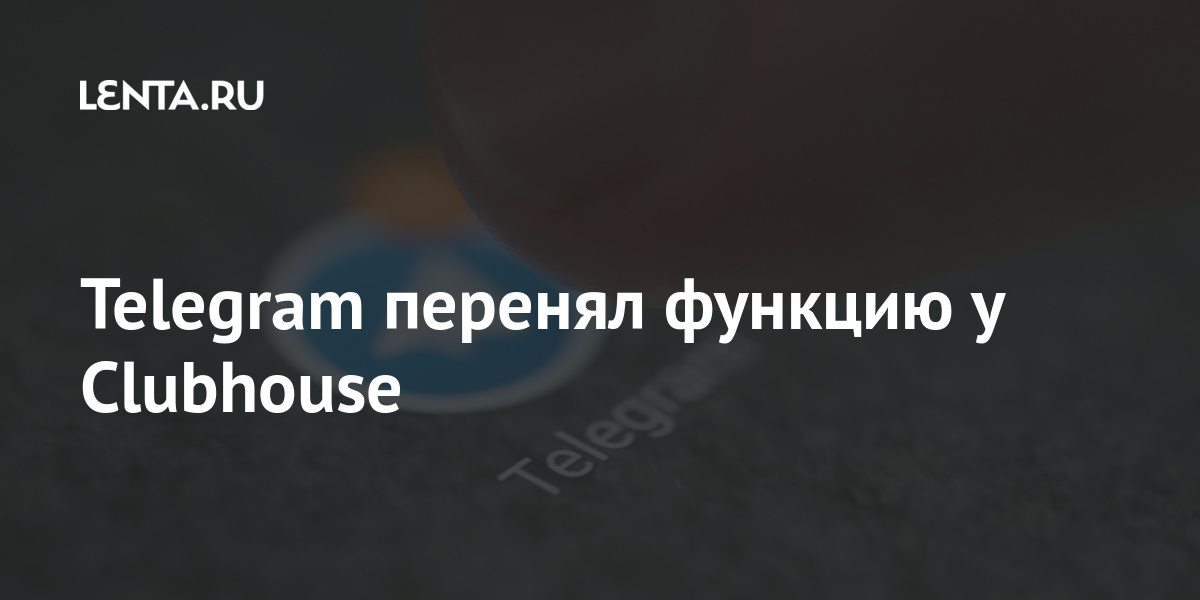 The Telegram messenger has expanded the functionality of voice chats, allowing them to be created in channels and public groups. At the same time, an unlimited number of participants can listen to live conversations. This is reported in blog companies.

“Live conversations can be simultaneously listened to by millions of people – thanks to this, each Telegram channel can now become a full-fledged radio station,” the statement said. Listeners can “raise their hand” to participate in the discussion, and speakers can connect to the chat on behalf of their channels. Thus, the messenger took over similar capabilities from the Clubhouse social network.

In addition, users can now save voice chats as podcasts, and administrators can enable chat recordings to share with subscribers who missed the live stream. Users will be able to join the voice chat in the channel not only on their own behalf, but also on behalf of one of their channels – this will allow public figures and celebrities to avoid unwanted attention to their personal account.

If a user accidentally selects the wrong chat for forwarding a message, he can now cancel forwarding the message and select another one in the chat in one action, as well as restart voice messages from where they left off. Android users get one more innovation – they can choose an action when they swipe to the left in the chat list: pin the chat, mark it as read, archive, turn off notifications or delete.

As the founder of the messenger Pavel Durov said in his Telegram-channel, the update enables all users to launch their own radio station, and later in the spring – their own television stations.

In early March, Instagram took over from the Clubhouse social network and created “rooms” for communication – Live Rooms. With this function, the user will be able to invite up to three people to the live broadcast, in total up to four people can participate in the broadcast. Previously, only one person could be invited to a live broadcast. Users will be able to host talk shows or host music sessions. The company is also working on introducing “new audio features” that will become available in the coming months.

The territorial alliances of PP and Cs resist the break