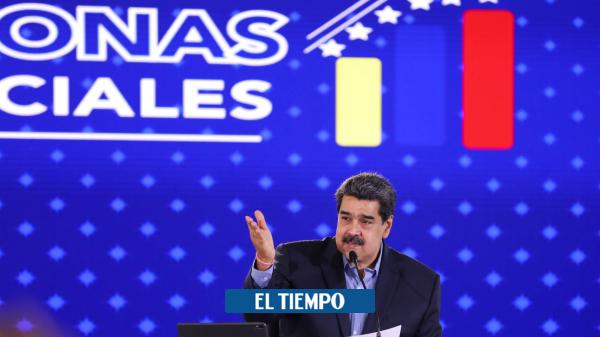 Complaints of espionage and infiltration are not new in Venezuela. For years, NGOs and cybersecurity experts have testified about the government techniques to monitor Venezuelans, information that has been confirmed by the Telefónica company, parent company of Movistar Venezuela.

In its Transparency Report 2021the company reveals that in that year it intercepted 1,584,547 telephone lines of Venezuelan clients, which translates into more than 20 percent of the total subscribers that add up to 7,928,000.

The document details that the interventions were carried out by order of the State entities, although requests are not received with court orders but from police investigation bodiesmilitary, intelligence and the Security Experimental University (Unes).

In addition to the “tapped” telephones, monitoring of text messages, tracking and location of people, and review of Internet searches, there is also the blocking of information and news sites by order of the National Telecommunications Commission (Conatel).

Telefónica report on espionage in Venezuela

See also  James Rodríguez: rain of memes after elimination of the National Team to the World Cup
Photo:

Precisely on June 3, the president of the newspaper El Nacional told EL TIEMPO that the blockades on the newspaper had increased from the operator Telefónica by order of the State but without legal basis. In this transparency report it is recognized that in 2021 27 domains were blocked.

In that year, according to the document, access to metadata of 997,679 lines was requested. From 2016 to 2021 the number of accesses affected by interventions increased seven times, five years ago 234,932 lines were requested to intervene.

In Venezuela, it is common for politicians, journalists and human rights defenders to use encryption systems to prevent eavesdropping and hacking. Signal has become one of the most used applications as well as WhatsApp and Telegram, in addition to the constant use of VPN to access information portals.

There are three telephone operators in the country. The state-owned Movilnet, managed by the National Telephone Company of Venezuela (Cantv), and the private companies Movistar and Digitel.

See also  Demonstration in favor of same-sex marriage in Venezuela

Guaidó or Maduro, who will be invited to Petro’s inauguration?
Cabello hopes that Maduro’s government is in possession of Petro

Researchers: 'transgender care is a task for the whole of society, not just for the gender outpatient clinic'