Technology Why was Apple sued for a free downloadable game? The battle against Epic Gaming continues 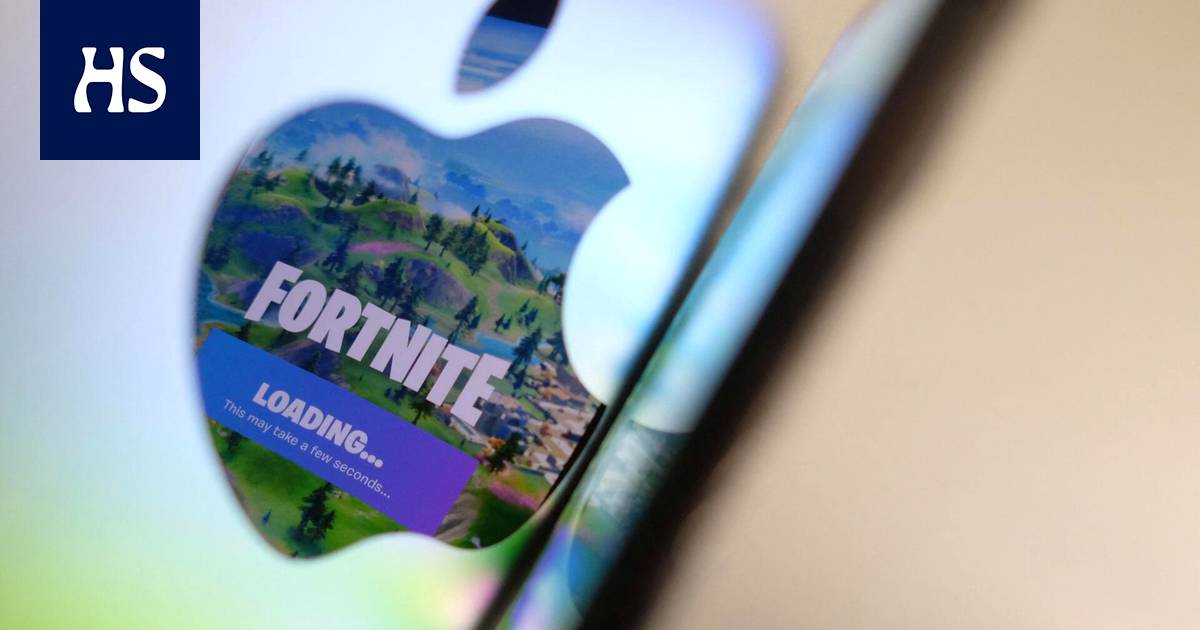 Although Fortnite is available for free download, it brings Epic billions of annual revenue through in-game micropayments.

California law largely disputes whether Apple’s electronic App Store is a market-distorting monopoly. Behind it all is a hit game shared by Epic for free Fortnite.

HS listed what the case is about.

Why was Apple sued for a free downloadable game?

Although available for multiple, i.e. game platforms, released in 2017 Fortnite is free to download, it brings Epic billions of annual revenue through in – game micropayments. The online shooting and clearing game has about 350 million players, some of whom spend money on, among other things, virtual outfits.

These are not small amounts. Technology magazine The Vergen according to Epic, revenue from its game totaled $ 9 billion in 2018 and 2019, or about $ 7.5 billion.

Until last August Fortnite was also available for Apple Iphones and iPads, and the only way to get the game was to download it from Apple’s own store. Apple took a 30 percent stake in the game’s payouts, totaling at least hundreds of millions of dollars in total.

Recently, however, the company reduced its commission to 15 percent for publishers earning less than $ 1 million a year in its deal.

In August Epic introduced a new payment method to its game, giving players a discount on in-game micropayments if the payment doesn’t go through the app store. Apple was not pleased with the reform, but removed Fortniten their trade. Even those who have already downloaded the game to their phone will no longer receive new updates.

According to Epic Apple’s removal decision was “unreasonable” and an indication of the technology giant’s overstated position.

The case was eventually taken to court. In practice, it is intended to decide whether publishers in the App Store should also be allowed to sell their programs past Apple’s payment system.

Fortnite has hundreds of millions of players.­Picture: Chris Delmas / AFP

How has Apple responded to the allegations?

Apple has traditionally adhered more closely to the operating environment of its devices than other computer and mobile phone manufacturers. This is reflected, among other things, in the fact that the basic consumer cannot download programs to his Iphone past Apple’s own store. For example, Google also allows users of its Android operating system to download from outside its own store.

In court, Epic accused Apple of having a monopoly that collects as much as 78 percent of the sales revenue from apps that pass through its store. An Apple lawyer responded back by accusing Epic of illegally declaring war on mobile payments. According to Apple, it is no more a monopoly than grocery stores competing with other stores.

According to Apple, the self-curated marketplace will benefit consumers so that they are sure to get value for their money. For developers, the App Store, on the other hand, is an easy way to publish their apps.

The court is expected to deal with the case often for weeks.

What similar cases have there been?

The CEOs of Apple, Amazon, Google and Facebook were in the fall of the U.S. Congressional Competition Division. The consultation was part of an investigation that lasted more than a year to determine whether these companies had abused a dominant position in their business and prevented smaller competitors from competing for customers on an equal footing.

The EU Commission, on the other hand, is attacking Apple for distorting competition following a complaint from music service Spotify. The Commission considers that Apple will give its own music service an advantage in the App Store and will incur higher prices for consumers.

Apple has also been pecking with Facebook recently. Apple has just brought a feature to its mobile devices that will change the way user information is provided to app developers.

Users can also more easily prevent advertisers from following them between apps. Facebook, which finances its activities with advertisements, has strongly criticized the reform.

Read more: Facebook and Apple are in near-full war – this is the controversy that will escalate in the upcoming Iphone update

From Leguina to Ayuso: who have been the presidents of the Community of Madrid?

1,070 KM HUB is born that promotes the Mediterranean Arc as a European reference in digital innovation