TeamNL holds its breath: all positive cases were on one flight to Tokyo | Olympics 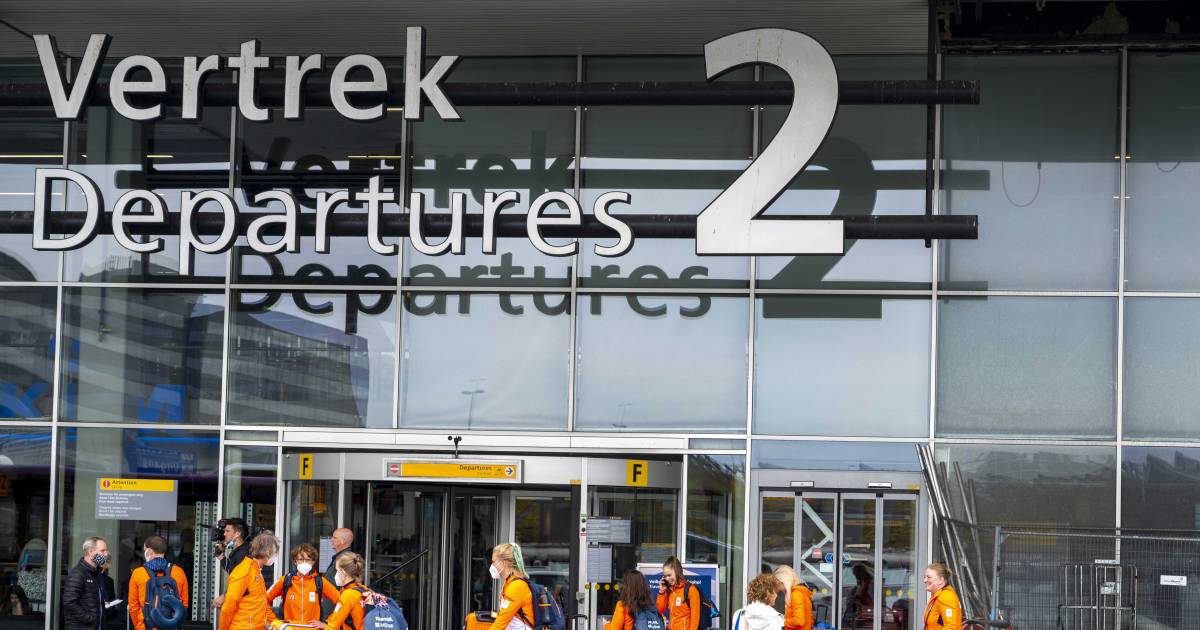 Last Saturday’s KL861 from Amsterdam to Tokyo. That was the flight on which skateboarder Candy Jacobs as well as taekwondoka Reshmie Oogink and the supervisor from the rowing team were on, all three tested positive in Tokyo. TeamNL holds its heart for tomorrow’s corona results.

By Rik Spekenbrink and Arjan Schouten

According to NOC*NSF, it cannot officially be established where the source of the three confirmed infections is, but the sports umbrella confirms that all positively tested athletes and supervisors flew to Japan on the same flight. The busiest flight in terms of Dutch athletes that departed from Amsterdam to Tokyo in recent days.

Last Saturday, July 17, KL861 was packed with orange athletes. The Dutch men’s hockey selection, beach volleyball players, tennis players such as Kiki Bertens, part of the cycling delegation including Tom Dumoulin and national coach Koos Moerenhout. Jacobs, Oogink and the supervisor from the rowing team were not near each other. There is a margin of several rows of seats around the positively tested athletes who may be at risk.

The so-called Covid Liaison Officer has already been informed of these people. And even then it revolves around the test results on the first days in Japan, which were negative for all occupants in recent days. Although that was also the case for Oogink, for example, after arriving in Japan. That is why NOC*NSF is holding its breath for tomorrow, when another round of test results comes out.

Chef de mission Pieter van den Hoogenband said today in Tokyo that there is no stress or panic at Team NL, because positive athletes have been taken into account in all scenarios. All athletes and supervisors boarded the aircraft with at least three negative tests. The three positive cases had all been vaccinated, Van den Hoogenband confirmed in Japan on Thursday.

I’m scared of this. It remains exciting, but we cannot do more than we do.

But gymnasts Sanne and Lieke Wevers said during their press moment today, when the news about the two recent positive cases had just become known, that they are indeed concerned. Every day Sanne Wevers, who flew to Tokyo with her sister before the positively tested athletes, crosses for a negative test result, she said. Twin sister Lieke: ,,I’m scared of this. It’s still exciting, but we can’t do more than we do.”

Also watch our videos about the Olympics below.