Tax has gained expanded access to banking secrets of Russians 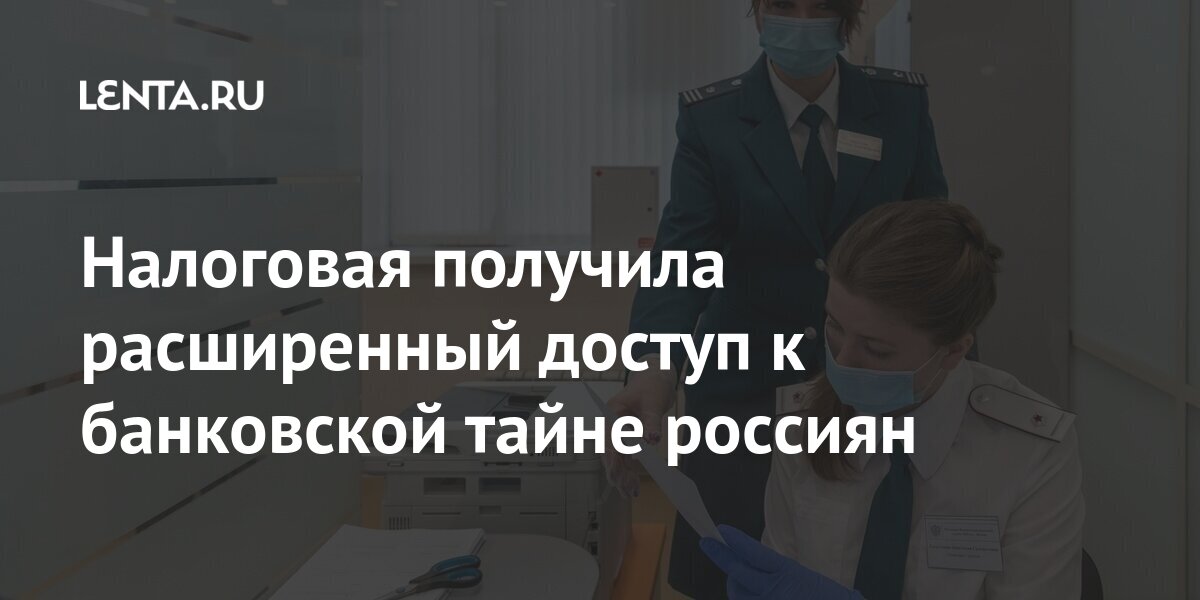 The tax authorities in Russia have received expanded access to the banking secrecy of citizens since March 17. Reminds of this TASS…

Now, Russian banks, within three days after the request, must provide the tax authorities with copies of clients’ passports, powers of attorney for managing funds on the account, agreements for opening an account and applications for closing it, as well as copies of cards with samples of signatures and imprints of seals.

In addition, credit institutions are required to provide tax authorities with information in electronic form or on paper about beneficial owners, client representatives, and beneficiaries, including information regarding individual transactions or for a specific period.

The innovations are introduced to increase control over the cash flows of citizens and organizations – not only about their income, but also about their expenses, which will make it possible to draw conclusions about the amount of possible undeclared income.

On March 14, the Federal Tax Service (FTS) reported that the innovation is being introduced to prevent damage from unscrupulous taxpayers using various schemes to evade taxes, and will not affect conscientious Russians. In addition, the law does not provide for direct access to statements on transactions on accounts and deposits of individuals, and the procedure for obtaining such information will remain the same as now. All information about taxpayers received by tax authorities is tax secret and has a special storage and access regime.

Rafael López Aliaga, the candidate for president of Peru who is in love with the Virgin Mary