Taupo: alert rises from the volcano that had the largest eruption in history 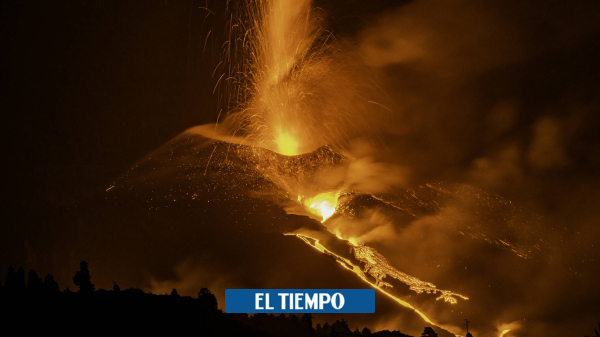 The New Zealand Geological Agency raised this Tuesday the Taupo volcano alert after registering some 700 earthquakes in the lake formed by the volcano’s caldera, which caused the largest eruption on Earth in millennia when it last exploded about 1,800 years ago.

(Also: President Putin threatens to use nuclear weapons: ‘not bragging’)

GeoNet indicated in a statement that it establishes alert level 1 (minor volcanic disturbances) – out of a maximum of 6 – with a “very low” possibility of it erupting, although scientists do not rule out an increase in activity.

“The minor volcanic agitation causes the current earthquakes and the deformation of the floor of the Taupo volcano”, in the central region of the North Island, points out the government agency, which ensures that these tremors can last “weeks or months”.

(We recommend: Europe: this is how the extreme right has managed to gain ground on the continent)

These earthquakes, at depths between 4 and 13 kilometers, could lead to landslides and soil liquefaction -a process that converts the ground into a liquid mass-, remembers the entity.

See also  Dead In Finland, 500 more people died in January than a year ago - the highest number in the entire history of measurement

On the shores of the lake, about 380 kilometers north of Wellington, there are several towns, including the homonymous city of Taupo, with about 26,000 inhabitants.

In the last 150 years, Taupo has recorded 17 times of similar and even more severe activity without ever erupting.

Around the year 230 of our era, the Taupo volcano ejected about 120 cubic kilometers of volcanic material into the atmospherethe largest eruption in the last 5,000 years, according to GeoNet.

New Zealand has intense seismic and volcanic activity as it sits on the southeastern edge of the Pacific Ring of Fire.

In December 2019, 22 people lost their lives and 25 others were seriously injured as a result of the eruption of the Whakaari volcano, also known as White Island, while it was being visited by tour groups.

See also  What would be the new National shirt is filtered

First major update for Windows 11 available, all the news