Tarquini: “Little power, hard to come back from so back” 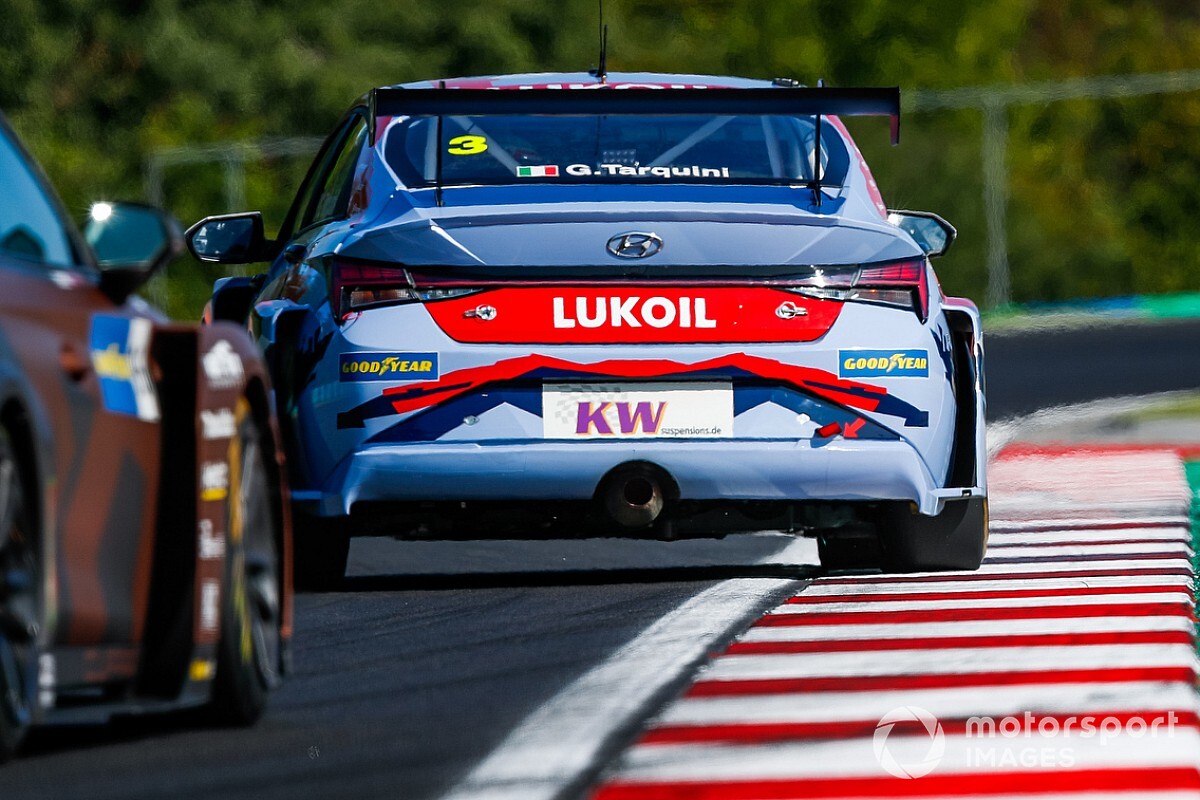 It was not the weekend hoped for for Gabriele Tarquini at the Hungaroring, where all the Hyundai have suffered a lot in the FIA ​​WTCR races.

In particular, the color bearer of the BRC Hyundai N LUKOIL Squadra Corse found himself on the uphill road already from the tests, with an Elantra N burdened by the compensation weight and also with the power reduced to 97.5% by the new Balance of Performance.

This meant that in Qualifying only Norbert Michelisz – who knows the Budapest track like the back of his hand – was able to pass all the rounds, while Tarquini did not go beyond the 17th time trial.

“It wasn’t a great weekend for us, even if we hoped to repeat the good performances of 2018 and 2019. This caused us to lose a lot of points and it’s a shame because the car wasn’t bad”, explains the Abruzzese.

“But unfortunately we have suffered a lot from the ballast that we draw from previous events and above all the drop in power imposed by the BoP. This made us miss the pace since the Free Practice and in Qualifying I tried to do my best with great pain, but when you find yourself in certain situations you are forced to push to the limit. We wanted to be at least in Q2, I went over the limit in shooting and I made a couple of mistakes on the last lap that relegated me to 17th place “.

The “Cinghiale” came out as his usual race animal as he is, recovering up to 12th place in the first round between several doors. In the second, however, it is all over in a few kilometers, which often happens when you are in traffic behind the lines.

“In Race 1 the car was the best since the beginning of the weekend, I had a good pace and I was able to fight with those in front of me. I received a blow on the rear that messed up the geometry a bit; here it’s never easy overtake, but all in all I was happy with the change of set-up that allowed me to fight to recover “.

“Race 2 lasted very little, I wasn’t very good at the start, then at turn 3 I found myself in the midst of the general chaos. Someone hit me and sent me wide and I ran into another car, breaking the whole front part. Unfortunately there was nothing to do and I had to withdraw “.

“In general, in my heart already after Qualifying I was convinced that the weekend was over. When you start from the middle of the group it is always very hard to recover without problems.”

The BRC Team Principal, Gabriele Rizzo, added: “We didn’t get the results we hoped for at the beginning of the weekend, so we will use the break to try to improve. There are still four events and a lot of points up for grabs, it’s time to roll up. the sleeves and work with your head down to get stronger in the second half of the season “.