Tanks, infantry and the dead in Donbas: the war in Europe’s backyard that few talk about 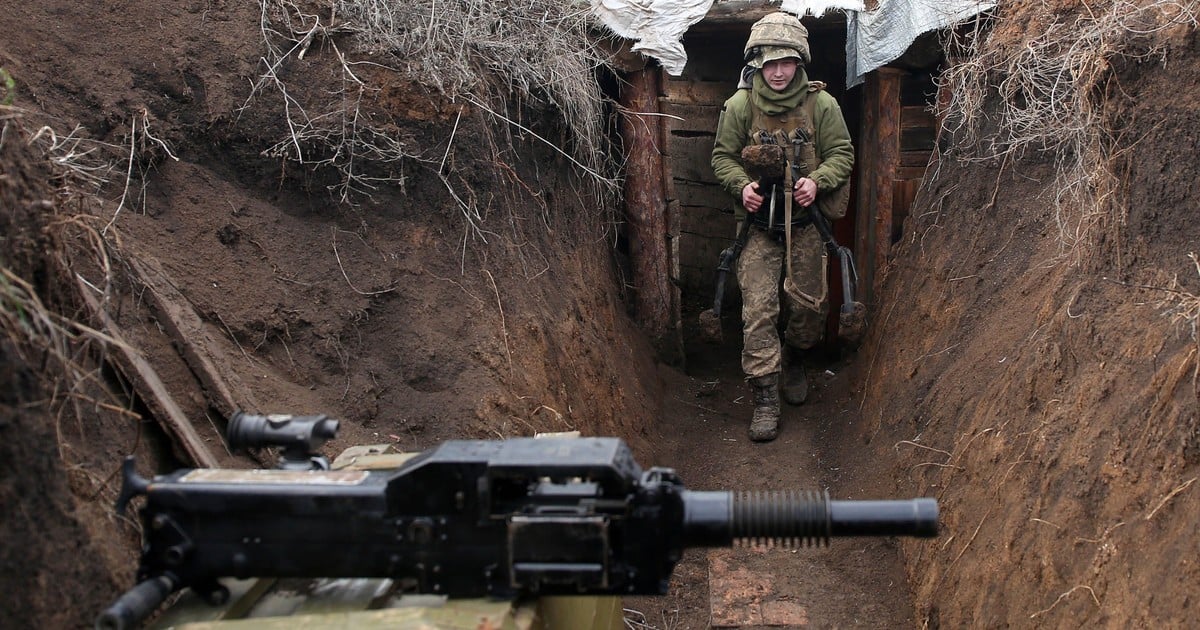 In Donbas, one of the most unstable areas in the world, relations between Ukraine and Russia they are red hot, and take the form of an open war, between the pro-Russian separatists, supported by a renewed movement of troops from Moscow, and the forces of Kiev.

Since the end of last month, satellite images and a large number of videos leaked on social networks show that Russia began to deploy heavy artillery and troops to the Donbas region.

The Donéts Basin, or simply Donbás, officially its limits are not determined Geographies and a historic coal mining region could be in dispute, if it fell on the Ukrainian or Russian side of the map.

The conflict that dates back to at least 2014 is experiencing an escalation that worries Europe. This Thursday, German Chancellor Angela Merkel and Russian President Vladimir Putin spoke and they were concerned, while his Ukrainian counterpart visited the front line of the conflict with pro-Russian separatists in that devastated region.

According to Anders Åslund, a researcher at the Atlantic Council, a Washington-based think tank, “Moscow always plays its cards in different places at the same time. We don’t know what Putin wants this time, but given the level of mobilization, he’s certainly looking for something.” .

“It is probably (it is) the largest military mobilization Ukraine has seen in its vicinity since 2015,” Åslund added in dialogue with the BBC.

Hostilities between Ukrainians and Russians are not new. The most recent events lead to 2014, with the war that broke out after the Russian annexation of Crimea.

The series of demonstrations and riots known as Euromaidan in Ukraine began in Kiev on the night of November 21, 2013. The day before the then Ukrainian president Victor Yanukovych, of the pro-Russian Party of Regions had suspended the signing of the Association Agreement and the Free Trade Agreement between Ukraine and the European Union.

The protests, started by university students, led to the overthrow of Yanukovych as head of the presidency. As a result of these conflicts, Ukrainian society was divided: 38% supported the association with Russia while 37.8% favored an association with Western Europe.

Likewise, the strongest support for EU integration was in Kiev (75% supporters) and western Ukraine (81%), but the numbers were totally different in central Ukraine (with 56% interest for joining the EU), 30% in the south and Crimea and only 18% in the east of the country and in the Donbas region.

The 2014 conflict between Russia and Ukraine that ended with the annexation of the Crimean Peninsula to Russian territory, left a balance of more than 14 thousand dead, according to official figures.

Since March, the Kremlin has been conducting military exercises in Crimea and a deployment of heavy military equipment to the Donbas region.

According to Ukraine’s Foreign Minister Dmytro Kuleba, Ukraine identified “an accumulation of Russian military” on the northern border between his country and Russia, and along the eastern border and “also in the illegally occupied Crimea.” Kuleba reported to the BBC.

Since the same March, the Organization for Security and Cooperation in Europe (OSCE) registered hundreds of rapes on the part of Russia to cease fire, and in just one day, on March 26, 493 of these violations were counted.

The data currently being handled responds to the presence of at least 4 thousand Russian military in the vicinity of the Ukrainian borders. And it is known that many of those troops have been sent there from the city of Volgograd, just over 400 km away, from where the 56th Airborne Brigade, one of the forces that Russia used in the conflicts in Afghanistan and Chechnya, was sent. .

This Thursday, a Ukrainian military man died, with what are already 25 the soldiers deceased so far this year, according to the Ministry of Defense. In 2020, Ukraine lost 50 servicemen on the front line, according to the presidency.

Ukrainian President Volodymyr Zelensky he put on a military uniform and a bulletproof vest and reviewed the troops on Thursday in the trenches of the Lugansk region, the scene of recent clashes, according to images and a statement released by the Ukrainian presidency.

But the information that leaks out of this region is often “dark.” Access to official media is very limited and what is known is through social networks.

Russia does not deny anything

Unlike other opportunities, the Russian government did not deny the mobilization of military troops in this area.

It was the Kremlin’s own spokesman, Dmitri Peskov, who stated at a press conference that Russia has the right to move “its armed forces within its territory at its discretion.”

But he stressed that this “should not worry anyone and does not pose a threat to anyone.” Although he also referred to the “border provocations” that Ukraine is carrying out with respect to Russia in that area.

A Ukrainian soldier looks with wine glasses to the Russian side. Photo: AFP

According to experts on the subject, what differentiates this situation from previous events is that the military movements were accompanied by a campaign of communications and publications in which Russia accuses Ukraine and the United States of preparing an “attack” that could affect the interests of the Kremlin.

“The accusations are completely false, but they serve to create a state of opinion that serves to justify a potential attack,” said Anders Åslund, the Atlantic Council investigator.

A potential direct attack would put Putin at risk of various sanctions and greater international isolation. That is why the possibility of considering that these are only troop movements such as “strength test”, to measure the response from the Joe Biden government and Europe.

In October Russia will hold elections to the Duma (Parliament) and in them Putin’s party runs the risk of losing the majority, as a result of his decline in popularity.

The use of a conflict or a potential war is a known strategy of Putin to improve his image within Russia. There have already been antecedents in Chechnya and Georgia.

Standing Conference: Final exams should take place despite the pandemic

They assaulted the mayor of Mendoza: ‘We cannot be locked up and criminal gangs on the loose’

Special school students in the Corona year: Did you believe that I would read through such a long book one day?