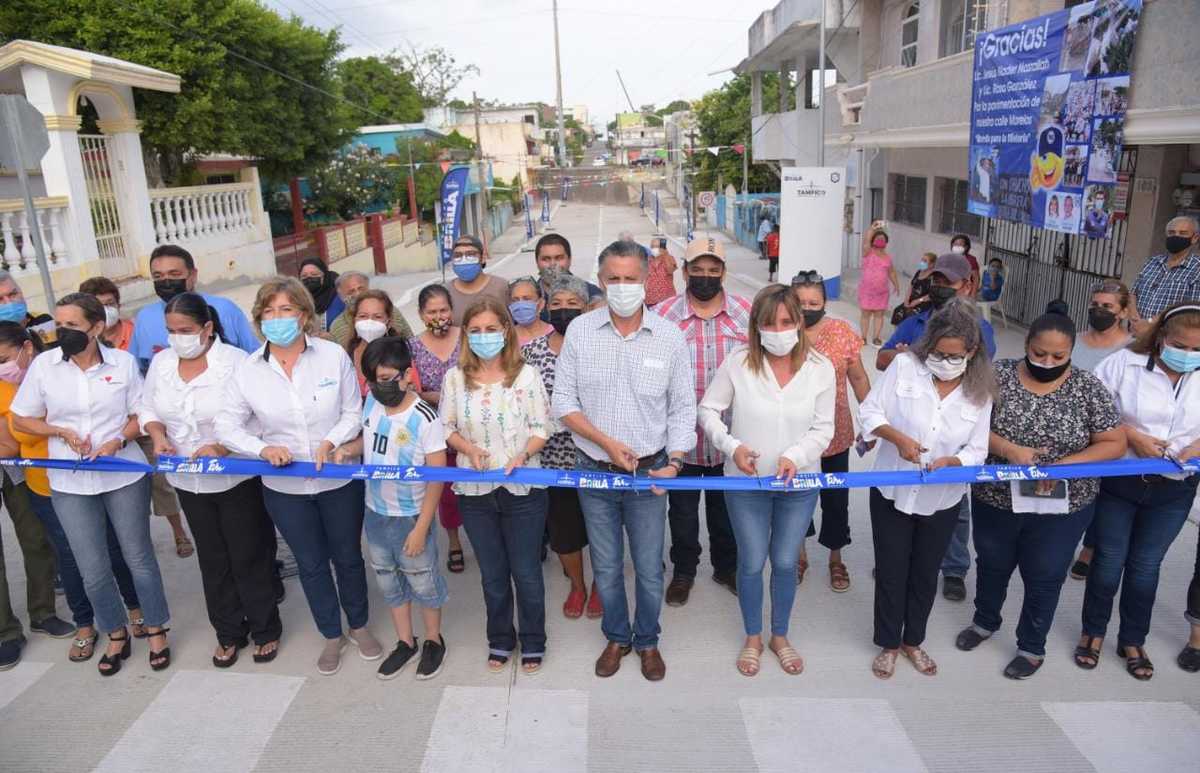 Through a investment close to 3.5 million pesos, the municipal president of Tampico, Chucho Nader, inaugurated the paving based on hydraulic concrete and hydrosanitary replacement of the Morelos street, Come in Allende Y Emilio Portes Gil Avenue, of the worker colony, work that will allow to expand the road circuit of the sector and raise the quality of life of the families that reside there.

The head of the Commune, accompanied by his wife Aída Féres de Nader, President of the municipal DIF System, as well as the local deputy Rosa González Azcárraga and members of the Council, expressed that more than 430 paved blocks during his administration place Tampico as one of the cities with the greatest urban development in the state.

“This has been a government of results, in which our main commitment has been to raise the quality of life of all families; and we have done so by reducing the lag that existed in terms of paving, which today allows expanding connectivity in all sectors, mainly in colonies that for years were marginalized by previous governments, such as La Obrera “, he pointed.

Chucho Nader indicated that thanks to the excellent communication and understanding that exists with the governments of the metropolitan areaProgress has been made on common issues and he said that the paved artery is part of these agreements, since it is located on the border with the oil city.

He explained that hydrosanitary works were carried out in the work to optimize the evacuation of rain currents and asserted that more than a dozen streets have been paved in the aforementioned sector.

“It gives us a lot to see that his word has weight, that is, that the facts speak for themselves and today we are very happy to see that with the paving of Morelos Street the commitment that he acquired with all the neighbors is fulfilled and we will be with him forever grateful “, the neighbors assured.

Covid outbreaks among students who were in Mallorca