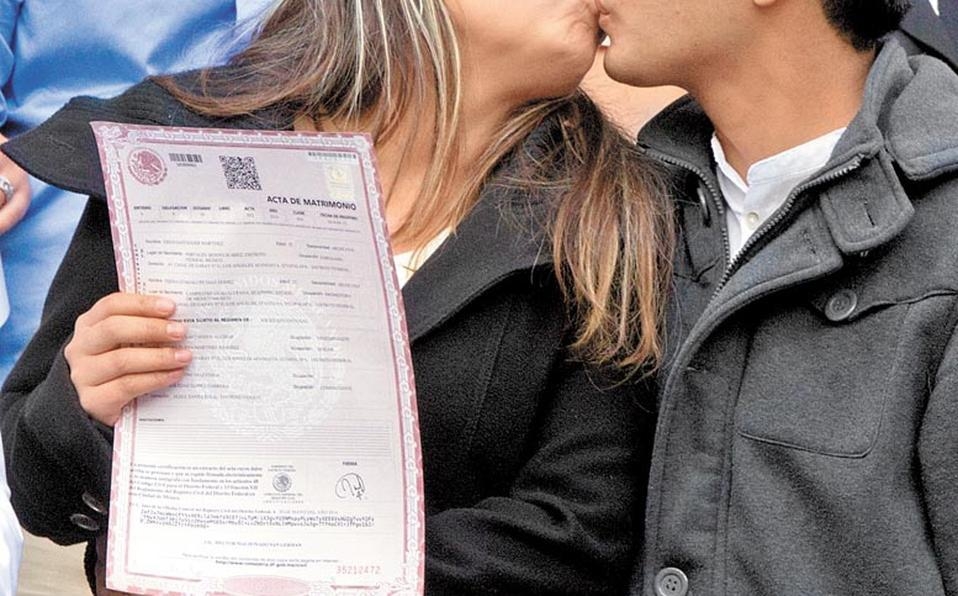 The Civil Registry Office of Tampico has been surprised that So far in the pandemic, 30% of the population remarried, after divorcing.

The head in charge, María Hernández Orta, stressed that this has been very recurrent in these times, when before it was sporadic.

Said during the health emergency, marriages have not been neglected, as they have been celebrated on a daily basisHowever, divorce claims have also been heard.

“This office has never closed its doors, since March 2020; a week I made between 20 and 25 marriages. People who divorced and decided to join the same couple again have married,” he said.

Hernández Orta, mentioned that this scenario was not common, and that now it is more followed.

How many divorces are done a day?

Regarding divorce, the report is for 5 dailyAs for marriages, they are held 25 a week.

Of those who remarry, the ages range from 50 years, for the Civil Registry, it is truly novel.

The interviewee commented that the instructions at the state level is to serve the general public, and that it is one of the most crowded dependencies, since they serve at least 250 people per day.

The workload that has increased in the Tampico Civil Registry Office is because the population decides to go to these facilities and not to those that correspond to them, but at the time they are reluctant to sanitary protocols.

“We get the records from all the official offices through the database we have; per day we are assisting more than 250 people, from 8 in the morning to 3 in the afternoon, this due to the contingency of the covid, and what is being attended the most are, issuance of minutes “, he commented.

The issuance of certificates is the largest of the demands that is presented in the Official Office located on Avenida Hidalgo, followed by death certificates. However, it is observed in the rows that are marked with signs to keep a healthy distance, many babies with their parents, in order to request birth certificates.