Tamagotchi returns in smartwatch form for its 25th anniversary 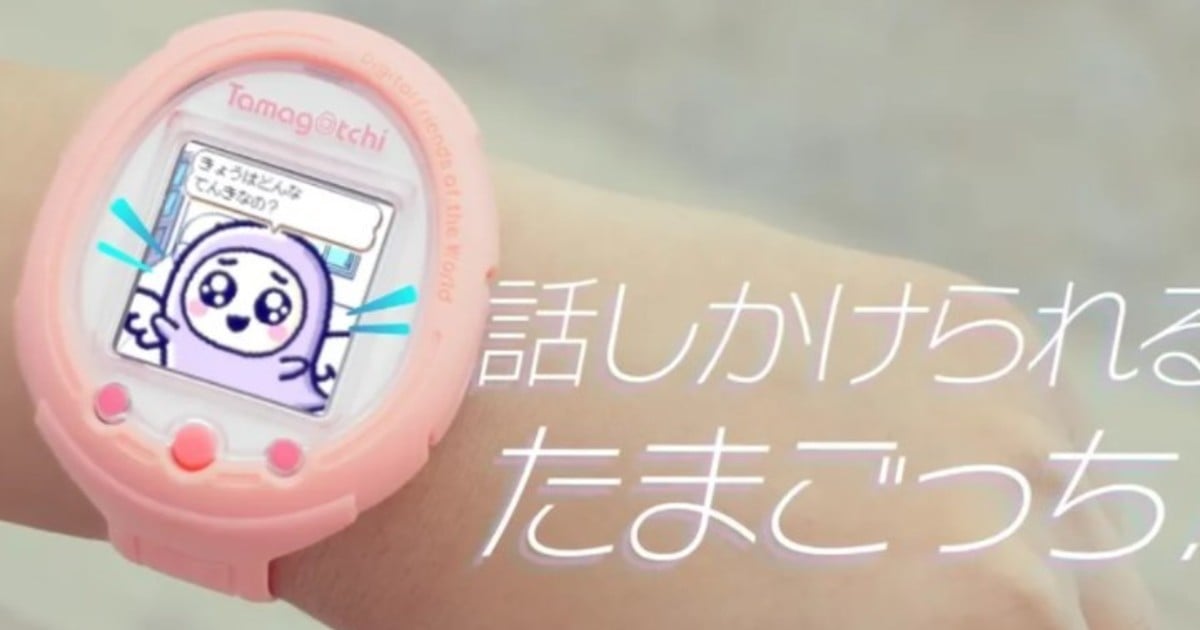 The Tamagotchi, the digital pet that was all the rage at the end of the 90s, the one that had to be cared for, pampered and digitally fed to avoid its death, is back. And in the form of a clock.

To celebrate the 25th anniversary, the new Tamagotchi Smart places the creature on a colorful smartwatch, allowing you to hold onto your digital pet, and all the accompanying tasks, directly to your wrist.

According to specialized media, the new device has a touch screen to caress to his little friend and voice recognition for chatting.

And it can also show the time, of course.

Following its original release of the Tamagotchi in the late 1990s, there was a surge of global excitement, leading to an anime series, video games and a movie.

The return of Tamagotchi. Photo Bandai

The Tamagotchi Smart is fundamentally very similar to the toys of the 90s, but it benefits from 25 years of technological progress. Its screen is in color instead of monochrome, and there is also wireless connectivity to interact with other Tamagotchis. The official FAQs place the duration of the battery in about 30 hours.

Bandai, the maker of Tamagotchi, is initially selling the Tamagotchi Smart in select cases, but the device will go on general sale on November 23 for 7,480 yen (about 68 dollars).

Buyers will be able to unlock additional content by connecting small physical keys, which Bandai sells separately for 1,100 yen (about 10 USD). There is still no word of an official release outside of Japan.

According to Bandai Tamagotchi is a combination of the Japanese word tamago, what does it mean egg, and the word wo’chi that comes from English, watch (“clock”).

It was created by Aki Maita in 1996 and marketed by Bandai, which made it popular around the world.

It is an electronic device with the shape and size of an egg, which has a pixelated black and white screen, where you can see the virtual pet.

Below the screen there are 3 buttons: A -select-, B -accept- and C -cancel-. This allowed scrolling through the menu to to interact with the virtual pet.

The Tamagotchi was a classic from the mid-90s. AP Photo

After its launch in Japan, it began to expand: it arrived in Europe and the United States in May 1997 and since then it has reached countries such as Argentina, having in 1998 its highest peak of popularity.

Bandai tried to “revive” it several times, taking advantage of new technologies, since after 1999 its popularity began to decline.

The departure of Tamagotchi Connexion in 2004 tried to go that way.