Taliban starts looking for Afghans who helped US and NATO 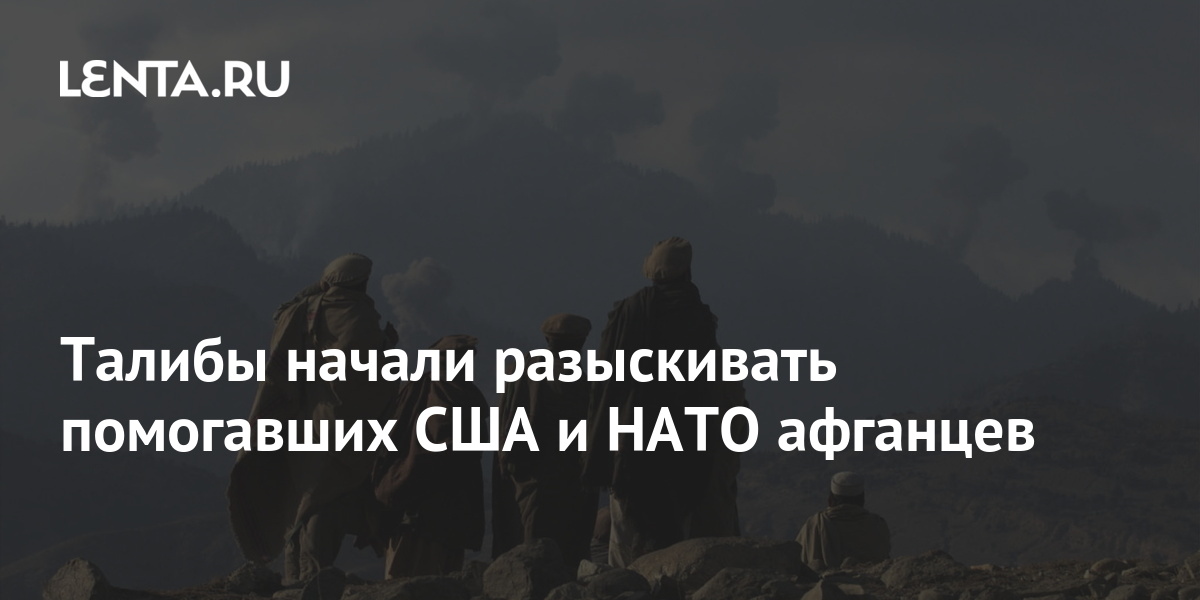 The Taliban (terrorist organization banned in Russia) began to search for and arrest local residents who helped the US and NATO in Afghanistan, as well as threaten their families. About it informs The New York Times with reference to a secret document of the Norwegian Center for Global Analysis, prepared for the UN, which fell into the possession.

According to the newspaper, the militants may have a list of addresses of Afghans who collaborated with foreign forces.

The document specifies that the Taliban go door to door and detain residents. If they do not surrender, they threaten to arrest or kill their family members. It is noted that the soldiers of the Afghan armed forces and police officers, as well as people who worked in the investigative units of the ousted government, are in particular danger.

Earlier, the official representative of the Russian Foreign Ministry, Maria Zakharova, said that the Taliban movement, banned in Russia, could be excluded from the Russian list of terrorist organizations, depending on their steps and actions. According to her, this issue is not solved in theory, it is “solved in practice.”

On August 15, the Taliban entered Kabul and declared full control over the territory of Afghanistan. They assured that they would soon approve the Islamic Emirate on Afghan territory and proclaim the rule of Sharia law. Interim management of the country was taken over by a transitional council, which will have to ensure the transfer of leadership to the Taliban.