Taliban have announced a cleanup of Kandahar from the military 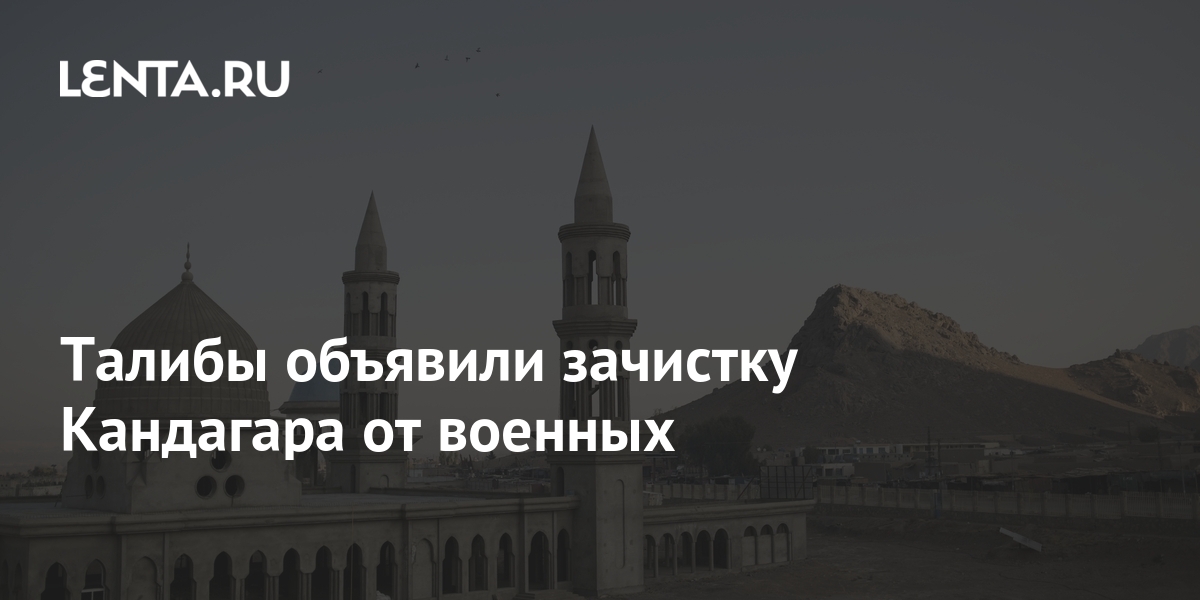 Militants of the radical Taliban (terrorist organization banned in Russia) announced a sweep of Afghan servicemen in the captured Kandahar. They sent out a “memo to the residents of Kandahar” on social media, demanding that the Afghan soldiers who are hiding be handed over to the Taliban. This was announced by the Afghan branch of the Russian news agency Sputnik in its Telegram-channel.

The Taliban demanded that local residents not leave their homes in those parts of the city that are still under military control. If any of them has a serviceman at home, they are obliged to report to the militants – otherwise they will be punished “according to Sharia” without the right to appeal the punishment.

Earlier on August 11, it became known that the Taliban are demanding that residents of the territories under their control give them their young daughters as wives. 12-year-old girls are also taken into sexual slavery.