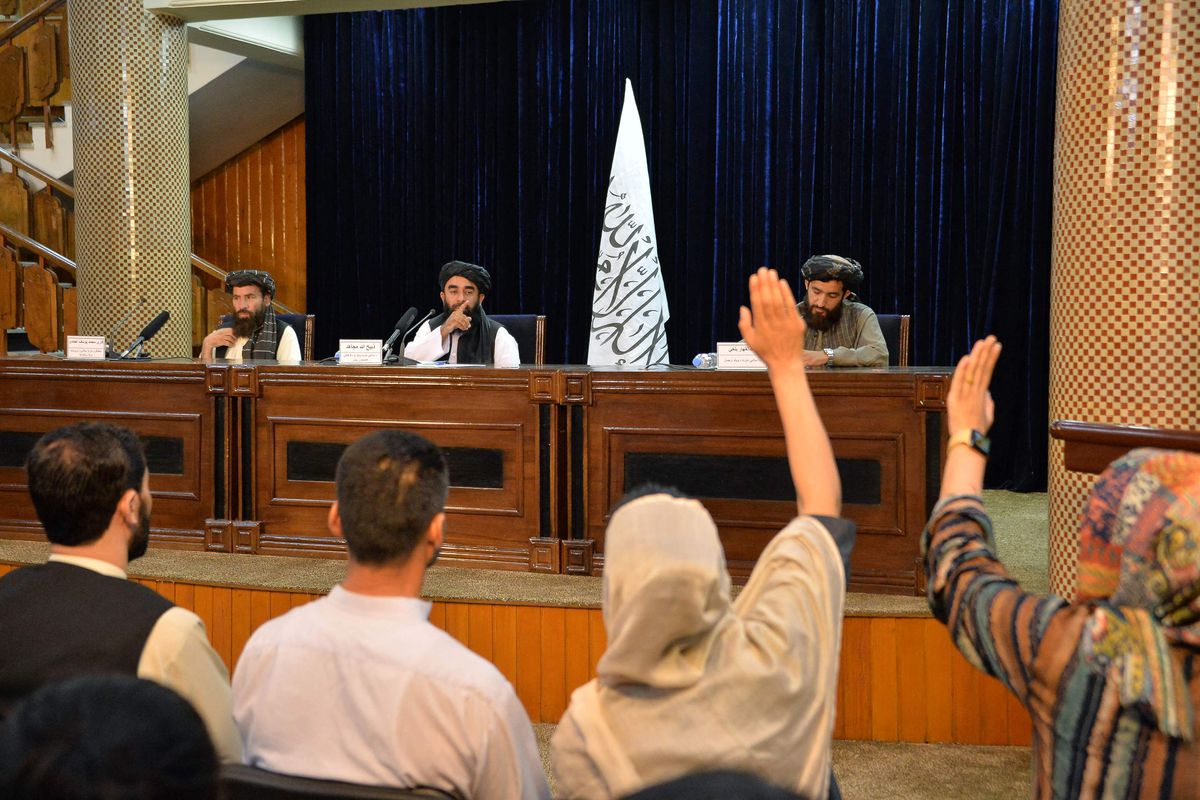 The Taliban have banned Afghans from Kabul airport on Tuesday. The move jeopardizes attempts by the United States and other countries, including Spain, to remove their local collaborators and other vulnerable citizens from Afghanistan. At a press conference, spokesman Zabihullah Mujahid has claimed that they cannot guarantee their safety due to the large number of people who crowd there and has asked them to return to their homes. Mujahid has accused the US of encouraging the brain drain. The Islamist group is trying to retain technocrats from the administration it has brought down and has asked officials to return to work.

“No Afghan is allowed to go to the airport. (…) The crowd must return to their homes, ”said the Taliban spokesman. From now on, only foreigners will be able to access the airfield. Mujahid has also poured a glass of cold water on the possibility of the US extending the presence of its soldiers at the airfield, as requested by some allies given the impossibility of completing the task by the end of the month. “We have not agreed on any extension and all evacuations of foreigners must end on August 31,” he added.

His intervention came hours after it became known that the head of the CIA, William J. Burns, held a secret meeting in Kabul on Monday with the political leader of the Taliban, Abdulghani Baradar. But Mujahid stated that he could not confirm the news.

Since the arrival of the Taliban in Kabul, thousands of Afghans have flocked to the airport in the hope of accessing an evacuation flight before the United States concludes its withdrawal. Many of them have a seat on these planes because they have worked for Western embassies or armies for the past two decades. However, many others come without the corresponding invitation, and even without a passport, in the hope of being able to leave the country.

The agglomeration prevents the access of the summoned travelers and has given rise to fights and stampedes that have left a score of deaths. But above all, the image of a mass flight undermines the Taliban’s aim to present itself as an inclusive nationalist group that has dislodged the occupying forces. The scenes of chaos that center the information of the international media leave in the background the campaign of the extremists to conquer the hearts and minds of their compatriots, many of whom remember the brutality of their previous government (1996-2001).

Mujahid called on the United States not to take away the Afghan professionals. “Do not encourage our engineers, our doctors, we need them,” he claimed. The Taliban are trying to get officials back to work to prevent discontent over the lack of services from growing. They also try to convince technocrats to collaborate with the “new Islamic system.”

To find out how “new” it is, all eyes are on the treatment of women, who, during their previous passage to power, denied education, work and participation in public life. Now they assure that they are going to include them. “We want them to work, but in a safe environment,” Mujahid responded to an Afghan journalist. According to some information, they are preparing a framework for this, but there are no indications as to whether their model will be segregation as was in force in Saudi Arabia until recently, or, as in Iran, it will be worth respecting the hijab (i.e. head and body shapes covered).

There is also a lot of curiosity to know who is going to make up the new government, the composition of which is being consulted with other political leaders outside the Islamist group. For now, he has appointed a former Guantánamo prisoner, cleric Abdulqayyum Zakir, as acting defense minister, according to Al Jazeera television. The day before, the Taliban appointed acting governor of the Central Bank to the head of its Economic Commission, the haji Mohammad Idris.

Earlier, Muhahid had asked a group of religious leaders to encourage officials to return to work and convince them that the Taliban pose no threat to them. Fearful of possible retaliation, most public employees have stayed home in the face of the widespread vacuum in the Administration. Many Afghans complain on social media about the problems they find in managing procedures such as renewing passports or other identity documents.

After two decades of armed struggle, the Taliban have found themselves at the head of a country without having cadres or management experience. Most of its leaders are clergymen, former guerrillas, or both. They know that to get their project out they require more than the blind faith of their followers. Hence his attempt to recruit technocrats from among top officials and middle managers to stem the brain drain and economic collapse.

The country they have conquered is very different from the one they ruled with an iron fist after of the civil war. For one thing, the population has nearly doubled to approach 40 million. On the other, even those dissatisfied with corruption and the unfulfilled promises of previous governments have enjoyed to some extent the benefits that the opening of the country to the world brought after the intervention of the United States.

Access to healthcare and education has expanded. Although the gains are not spread evenly across the country, Afghans now live 10 years longer on average than in 2001 and there are many more children in school (8.2 million), according to data collected by the World Bank. In addition, the penetration of mobile phones and the internet has irreversibly connected them to the outside world. The Taliban themselves, who banned television during their dictatorship, are now turning to social media to get their message across.

In clear contrast to the pro-Western government that they have overthrown, they seek to be close to the man on the street and, above all, to project an image of security. They know that Afghans are fed up with the violence that has continued to hit them after the official end of the wars of the last century (although they too have been responsible). That is why they are organizing grassroots assemblies. This Tuesday, for example, they met with the neighborhood mediators (wakile guzar) from Kabul to tell them not to worry about security and ask them to pass their message on to the population. There are no images of those appointments so it is impossible to know what attendance they attract.

Is that real security? Depending on who you ask. “More and more people are returning to the streets, but things are still not normal,” replies a professional who has not returned to the office since the Taliban entered Kabul on the 15th. “Security has been normalized, but the situation is still uncertain, ”says a journalist who works for a conservative media outlet.

“The Taliban try to reduce the aspirations of the people of Afghanistan to the security provided by primitive methods. Therefore, they underestimate the impact [psicológico] that they have inflicted on the nation by taking down the Government, the Army and the police (who wanted to make peace with them without going under), ”tweeted analyst Ali Yawar Adili. 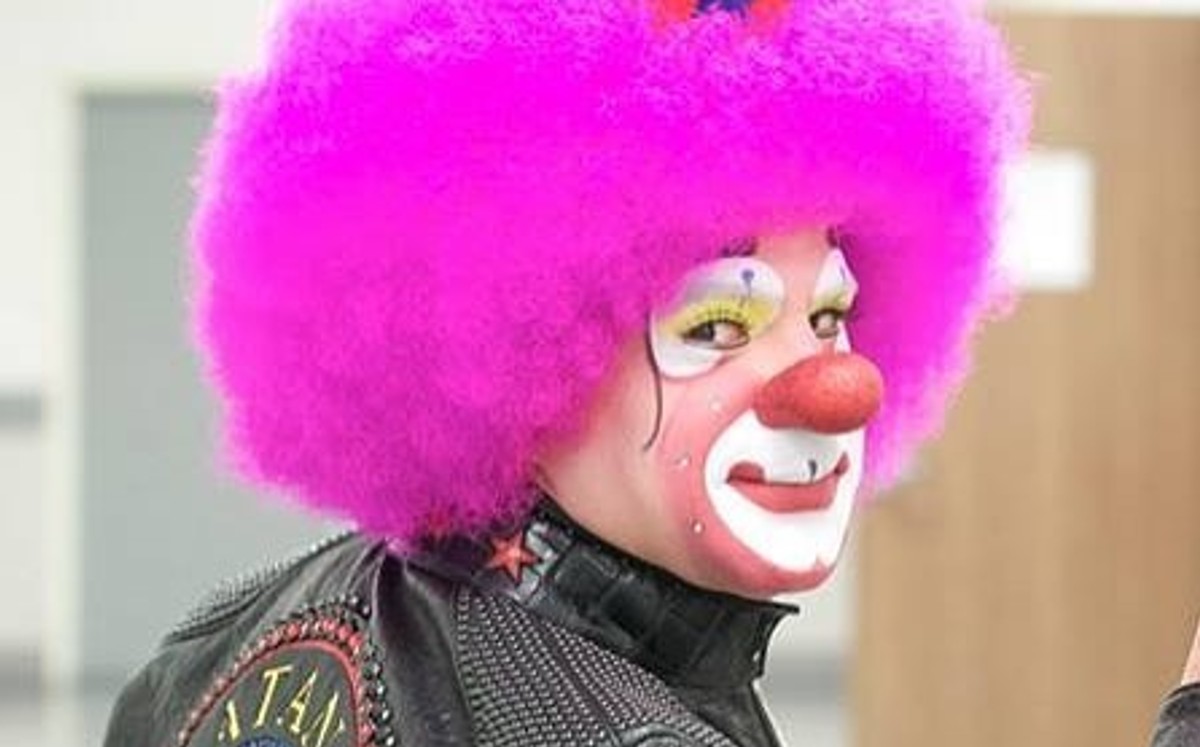 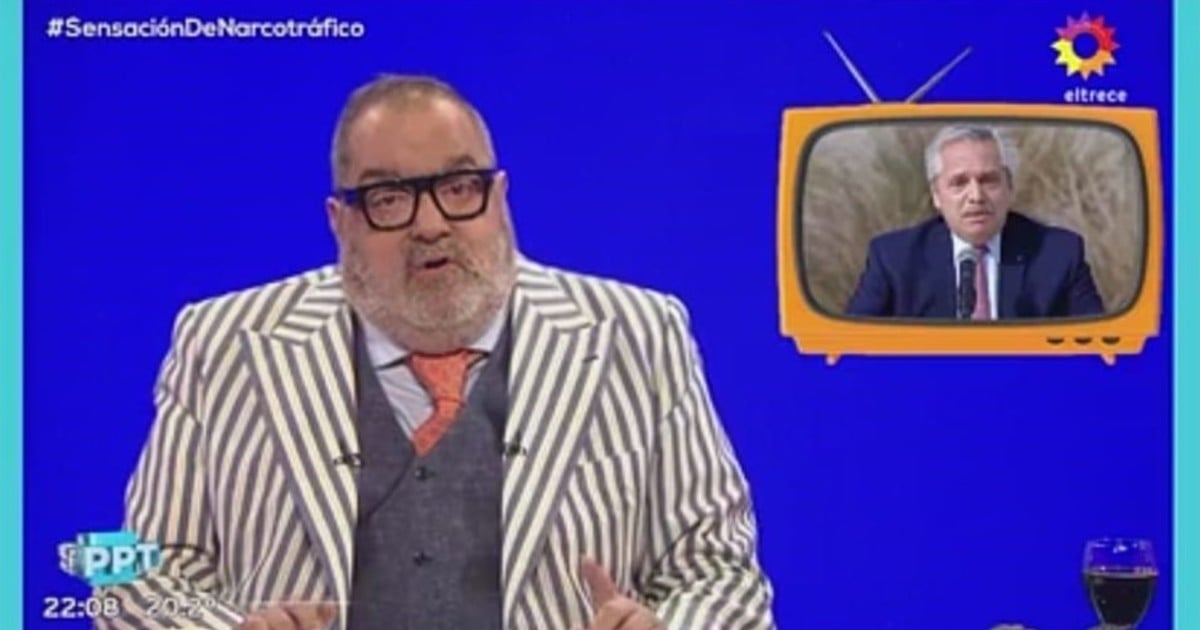 Fighting public indifference is the great challenge of the media to gain credibility, according to a study