Taliban announces “amnesty” and calls for women to join the government 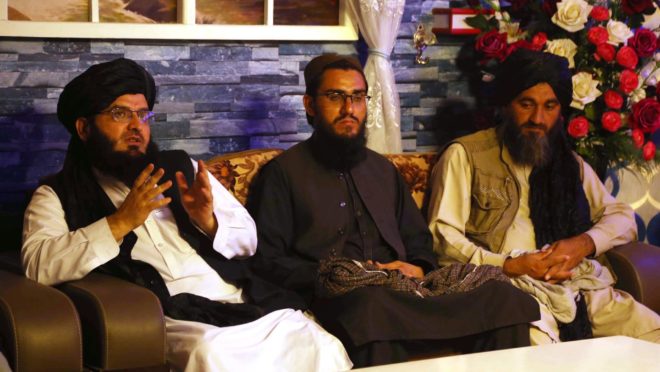 In an attempt to calm the population and improve its international image, the Taliban declared an amnesty in Afghanistan and urged women to join its government. His claims, however, were received with suspicion.

“The Islamic Emirate does not want women to be victims,” ​​Enamullah Samangani, a member of the fundamentalist group’s cultural commission, said on Tuesday, referring to Taliban-dominated Afghanistan. “They must be in the structure of government according to Sharia law.”

The Afghan people tend not to believe these vague words. The Taliban are known for not keeping their promises and the inclusion of women in government would be a drastic change from the period between 1996 and 2001, when they dominated Afghanistan and women could not leave their homes without a man present.

Since Sunday, many Kabul residents have been hiding in their homes, fearing attacks by radical militants. There were reports of men from the group breaking into homes in the capital, prompting Taliban leaders to issue a verbal statement declaring that it is not allowed to enter people’s homes, “especially in Kabul,” according to Arab broadcaster Al Jazeera.

It was also unclear what Samangani meant by “amnesty”. Some Taliban leaders have said they are not seeking revenge and have called for overthrown government officials to return to work, but some people in Kabul, according to international media, report that militants have lists named after people who collaborated with Ashraf Ghani’s government .

“The Taliban has made a series of statements that, on the surface, are reassuring. But their actions speak more deeply than words, and it’s too soon now [para avaliá-las]… These promises will need to be honored, and for now – again, understandably given past history – these statements have been met with some skepticism,” said Rupert Colville, spokesman for the United Nations High Commissioner for International Affairs. human rights.