Taekwondo | Roope Huuhtanen from Oulu weighed 760 grams at birth, now he has a black taekwondo belt 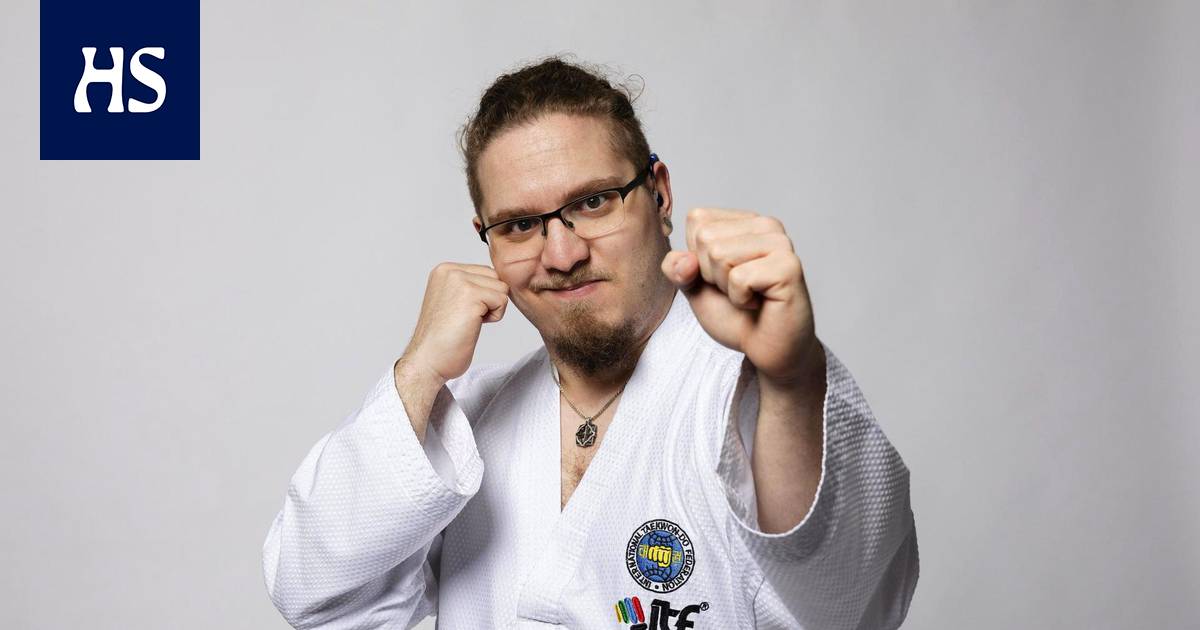 Roope + Huuhtanen “class =” person “> Roope Huuhtanen was the first Finnish cp disabled to achieve a taekwondo black belt last year. For 26-year-old Huuhtanen, the sport has given him the confidence to move and control his body.

“I think without taekwondo I would probably be in a wheelchair,” Huuhtanen says in an interview with STT.

However, the Korona era has also brought training problems to Huuhtanen, who represents the Taekwon-Do Academy in Oulu, because the halls have been closed.

In gym training, Huuhtanen does different parts of the sport within his limits, as his legs do not rise above the knee.

“My kick is aimed at my knees or ankles excluding the jump kicks. In a competitive situation, I take a more boxing-focused approach, as the rules require firing above the belt. ”

To the present to get there, Huuhtanen has come a long way from maternity hospital to an athlete. She was born shortly before the 25th week of pregnancy.

“I weighed 760 grams and was 33 cents tall. I got home from the hospital after four months, ie at the same times as my real birthday should have been, ”Huuhtanen explains.

Huuhtanen’s parents soon noticed an anomaly in their son. The child’s body was very stiff, and stiffness increased every time it was touched, as Huuhtanen had hypersensitive skin.

Huuhtanen learned to move with a delay. Huuhtanen, for example, stood on his toes at the age of one because his heels did not stretch to the floor.

Age as he accumulated, Huuhtanen’s inward-turned legs brought trouble, and he stumbled constantly.

“In addition to walking, skating was especially difficult. Instead, I managed to learn to ski somehow, ”Huuhtanen recalls.

Because of his legs, Huuhtanen has undergone three major surgeries, the first two of which were Achilles tendon extension surgeries.

“In 2004, my legs underwent an osteotomy in which the tibias were severed,” and the legs were turned to the correct position.

After recovering, walking had to be re-learned, which raised fear in Huuhtanen’s mind.

“I was afraid my legs would break when I got up. My parents and my physiotherapist gave me ice cream for the first steps. ”

“The hard work finally paid off,” and after weeks of work, I stood on my feet again.

Interest in taekwondo in Huuhtane ignited when he saw the announcement of the species. In the hall, Huuhtanen found himself one of the others.

“I haven’t come across nasty things. Rather, I received a lot of encouragement and encouragement, “Huuhtanen to thank.

He participated in his first belt test after a year of training at the age of 13. Last autumn was the place of the party, as Huuhtanen reached the first Dan belt of ITF taekwondo.

“When the master who passed the test handed me the black belt, I felt indescribable. The responsibility and honor I received made me humbly grateful. ”

“My goal is the value of the ninth Dan Grandmaster and through that a lot of my own students. For this I have already experience, as I have worked as an assistant teacher for three years, “says Huuhtanen.

The consulting firm that works for Máximo and Cristina measured Putin, Biden and Bolsonaro in the Conurbano