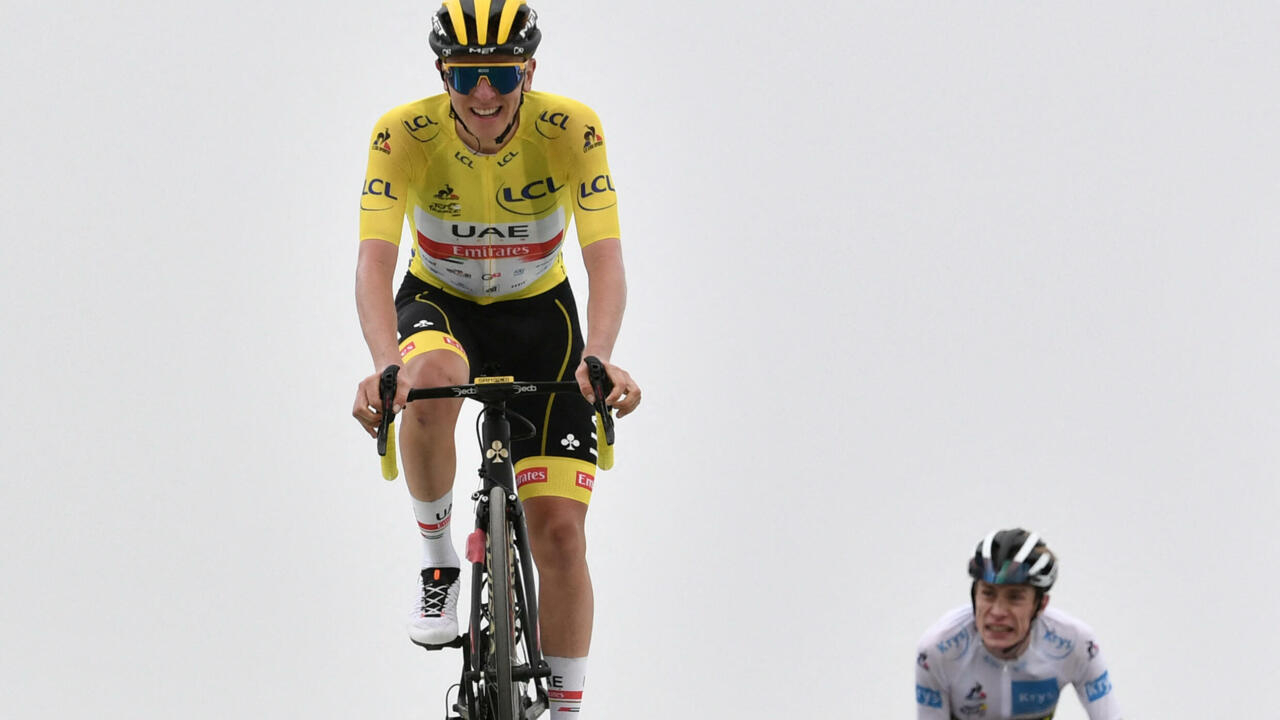 Tadej Pogacar did not want to leave this stage with a high end to anyone at the Col du Portet. The Slovenian prevailed in front of the Danish Jonas Vingegaard and the Ecuadorian Richard Carapaz. The three now occupy the first three squares of the general. Pogacar is even closer to landing his second Tour de France in a row. Colombian Rigoberto Urán is the big loser of the day. Arriving 1’49 late, he lost his place on the podium. He is now fourth overall.

On that national holiday in France, the French runners wanted to enlighten themselves by dreaming of a prestigious victory. But Tadej Pogacar did not have the same idea. Clearly the Slovenian wanted to raise his arms with the yellow shirt on his shoulders.

Despite that, the French tried. Anthony Pérez (Cofidis) was the great animator of the first part of the day. The 30-year-old runner was at the initiative of the breakaway after a 15-kilometer race. He was immediately joined by his compatriot Dorian Godon (AG2R Citroën), the Dutch Danny Van Poppel (Intermarché-Wanty-Gobert Matériaux) and the Austrian Lukas Pöstlberger (Bora-Hansgrohe). They were hit by two French runners: Anthony Turgis (TotalÉnergies) and Maxime Chevalier (B&B Hôtels). This group of six had up to 8.30 ahead of the peloton before the first difficulty of the day, the Col de Peyresourde (13.2 km at 7%).

On this long, top-notch climb, escapees began to lose time on the lot. First by an acceleration caused by Nairo Quintana and Elie Gesber of Arkea Samsic who were looking for the points of the mountain prize but were followed by Wout Poels, the holder of the king of the mountain jersey. But the pace imposed by Tadej Pogacar’s UAE Team Emirates did not give the escapees much hope. Clearly the yellow jersey wanted to toughen up the race to avoid attacks from their rivals and fight for the stage.

Anthony Turgis passed first on top of Peyresourde in front of Anthony Pérez and Dorian Godon. At the next port, the Col de Val Louron-Azet (7.4 km at 8.3%), the three Frenchmen released their fleeing companions. Anthony Pérez attacked and passed the Val Louron-Azet mountain prize alone. He was 3’45 ahead of the squad. Dorian Godon managed to catch up with Pérez on the way down. The two Frenchmen began the terrible ascent of the Col du Portet together. A port out of category of 16 km at 8.7%. 13 km from the goal, Pérez attacked and went alone. He still had 3 ‘on the group of favorites.

In this group, the pace imposed by Tadej Pogacar’s teammates made a selection within the top ten overall. The first to not be able to keep up were Guillaume Martin (Cofidis, ninth overall) and Enric Mas (Movistar, eighth) who left the group with 11 kilometers left of the race. With 10 kilometers to go, Anthony Pérez was only 1’10 over the group of favorites and hopes of a French victory on July 14 became less likely with each pedal stroke. At 8.5 kilometers, Tadej Pogacar accelerated brutally. He was followed by Ben O’connor (AG2R, fifth overall), Richard Carapaz (fourth), Jonas Vingegaard (third) and Rigoberto Urán (second). But five hundred meters later Pogacar sped up again. A pace that neither O’connor nor Urán could follow. At that moment, the Colombian lost his place on the podium, as Vingegaard and Carapaz left with Pogacar.

In this trio, Pogacar and Vingegaard put the rhythm during the whole ascent while Carapaz did not take any relief. Two kilometers from the finish line, Pogacar once again changed his rhythm in a brutal way without being able to pick up Vingegaard or Carapaz. And again at 1.7 km. Clearly the Slovenian wanted to knock out his rivals. But Carapaz did not give up and attacked with 1.2 km to go followed by Pogacar and taking down Vingegaard for 1,000 meters. But Vingegaard was able to reach them 200 meters from the finish. It was there when Pogacar launched the ‘sprint’ to take the stage with 3 seconds over the Dane and 4 seconds over the Ecuadorian.

A trio for the podium

Overall, Pogacar increases his advantage with the 10 second bonus for his stage victory. He is now 5’39 over Jonas Vingegaard and 5’43 over Richard Carapaz. Rigoberto Urán is now fourth at 7’17, Ben O’connor fifth at 7’34. Pogacar, in addition to the yellow and white jersey for best youngster, is also now second in the mountain standings with 67 points, just 11 points behind Wout Poels, who is still the holder of the king of the mountain jersey. Pogacar could, like last year, take three shirts since tomorrow there are 42 points of the mountain at stake.

Stage 18 between Pau and Luz Ardiden, with 129.7 km, will be the shortest of the Tour (except for the two times). But it will again be a high mountain stage with four mountain prizes. The first two are in the fourth category while the last two are the famous Tourmalet (17.1 km at 7.3%) and the final ascent to Luz Ardiden (13.3 km at 7.4%), both out of category. . It will be the last battle on the mountain. Will it also be a new Pogacar demo?