T-shirts with a message in the League: “Win it over, football belongs to the fans” 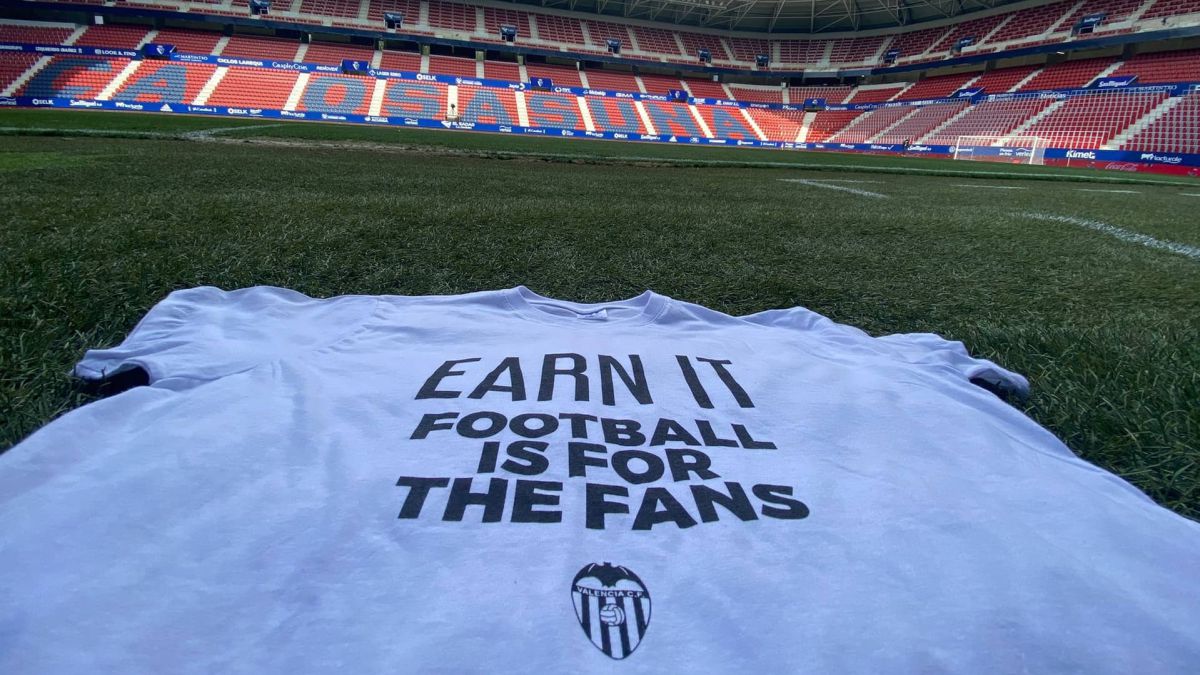 Its participants have been withdrawing from the Super League, although not its detractors. Thus, the players of La Liga teams such as Osasuna and Valencia will take to the Pamplona grass this afternoon with a shirt with a critical message: “Earn it. Football is for the fans” ( “Win it over. Football belongs to the fans”).

Despite the fact that 10 of the 12 clubs that initially signed the creation of the Super League have withdrawn from the initiative, the League and the clubs opposed to said tournament will maintain their protests and meetings in the coming days. Osasuna Y Valencia They will not be the only teams that show this vindictive message at the beginning of the game.

The terms of the message, in the case of Valencia, have not been exempt from criticism and comments by their fans on social networks. Precisely the Mestalla club has lived in an intense social crisis for months, in which there is a latent separation between a broad sector of the hobby and ownership of Meriton Holdings. Hence, the message of “football belongs to the fans”, although in this case it is in the key of the Super League, generates comments among the Ché parish.