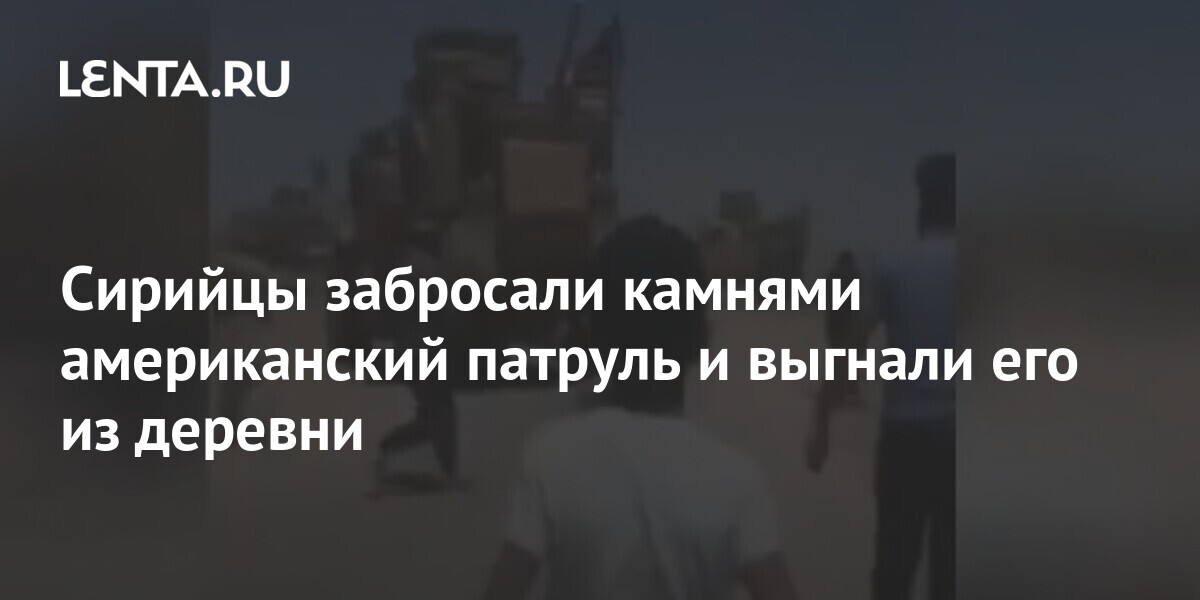 Residents of the Syrian village of Farfara threw stones at a US patrol and drove them out as they tried to drive through the village. This was reported in close to the Russian Ministry of Defense Telegram-channel “Voenkory Russian Spring”.

The footage of the video shows how unarmed people push away US military personnel, after which they return to their armored vehicles. After that, the Syrians, both adults and children, begin to throw stones at cars and force them to leave.

The settlement of Farfara in Haseke province is now in territory controlled by the Syrian Democratic Forces (SDF). It is noted that messages about protest actions come from there regularly.

Earlier, on May 13, a Russian military police patrol in Syria blocked and deployed a US army convoy in the northeast of the country. It was noted that the Americans violated the existing mechanisms for anticipating conflict situations and moved without prior notice to the Russian side in the area of ​​the city of Tell Tamr.