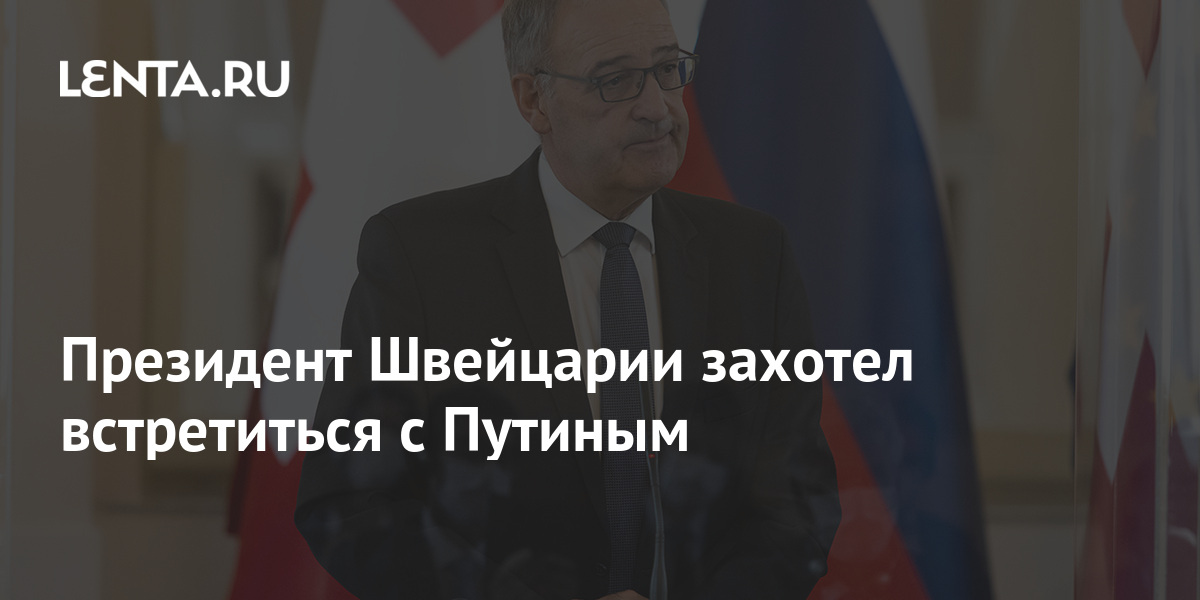 Swiss President Guy Parmelin wanted to meet with his Russian counterpart Vladimir Putin on the sidelines of the summit of the leaders of Russia and the United States in Geneva. The Swiss politician said this in his Twitter…

Parmelin said that he was accompanied by Swiss Foreign Minister Ignazio Cassis. “Switzerland and Russia maintain close contacts in many areas, as well as a respectful and high-quality dialogue,” the politician recalled. On the website the Swiss government says the talks will take place on June 16. In addition, the Swiss leader will hold separate talks with the American delegation, led by President Joe Biden, on June 15.

The meeting of the Presidents of Russia and the United States will take place on June 16 in Geneva at the Villa La Grange. The leaders will discuss cybersecurity, arms control, the situation in Ukraine and Belarus, and other topics.

Earlier, Time reported that the director of the US Central Intelligence Agency (CIA), William Burns, was preparing for the upcoming meeting of the American president. According to the newspaper, Burns is in favor of returning the course to contain Moscow, as in the course of the Cold War. The American leader is expected to take a tough stance in negotiations with Putin.