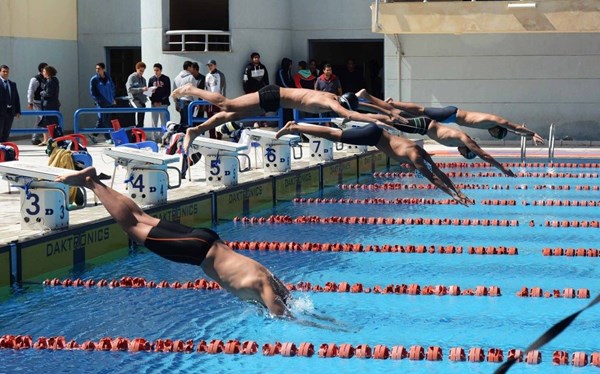 The Board of Directors of the Swimming Association headed by Sultan Al-Samahi, during its periodic meeting via remote video communication, assigned the Technical Committee and the teams to develop a program for preparing the national teams to participate in the Arab Championship and the Swimming World Cup in Abu Dhabi, where there will be an internal and external preparation program for the participating swimmers, and working committees have been formed. During the coming period, to supervise the organization of the two championships in coordination and cooperation with the Abu Dhabi Sports Council.

Al-Samahi called for good preparation and preparation for the coming period, in which the UAE is witnessing hosting two important events, namely the Arab Championship in October and the World Swimming Championships in December.

He was also keen to thank His Highness Sheikh Nahyan bin Zayed Al Nahyan, Chairman of the Abu Dhabi Sports Council, for His Highness’s continuous support for swimming in the UAE, and Arif Al Awani, Secretary General of the Abu Dhabi Sports Council, who is keen to overcome all obstacles to make the two events in Abu Dhabi a success, and to communicate permanently with The Swimming Federation, and coordinating to meet all the basic matters to receive delegations from 15 Arab countries, which will participate in the Arab Swimming Championship, and also preparing to receive world stars next December.

He also thanked Al Wasl and Fujairah clubs for their hard work and continuous support for swimming, which appeared in the last Gulf championship and resulted in a number of medals.