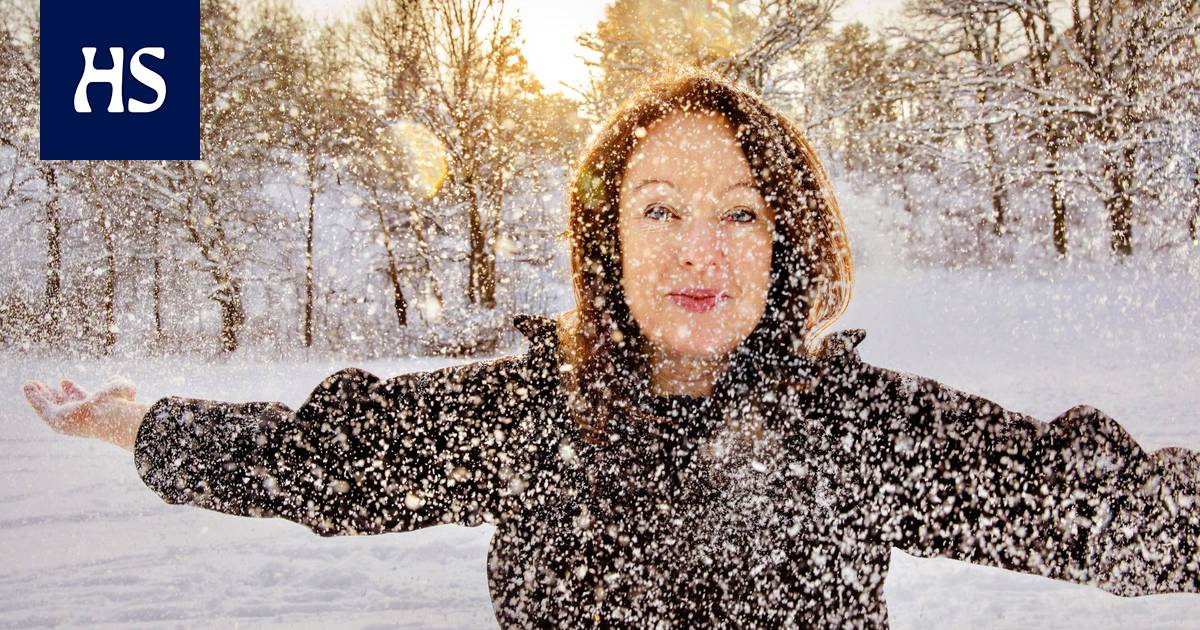 Such winters had not been seen in Stockholm for a moment. The frosts lasted for weeks and the snow came to the point where skiers could be seen on the narrow streets of Gamla Stan.

In addition to the joys of winter, the frosts also raised problems. The cold increased Sweden’s electricity consumption, which again exposed the structural problems plaguing the country’s electricity grid.

Now the cold has subsided, but work to reform the electricity grid and energy system continues.

Among them is the new CEO of the Swedish state-owned electricity company Vattenfall Anna Borg working. He joined Vattenfall as a 25-year-old consultant in 1996, and in November 2020 he became the company’s CEO.

In recent years, the world has really woken up to the threat posed by climate change, and responding to it is one of Borg’s tasks. Borg plans to make the power company carbon-free and fossil-free.

With this wound, Sweden produces only two percent of its own energy with fossil fuels. Sweden exports about 25 terawatt hours of electricity per year to other countries, which is equivalent to the annual production of three nuclear power plants. In 2019, about one-fifth of Finland’s electricity consumption was covered by electricity imported from Sweden.

However, the frosts at the beginning of the year showed that Sweden also has to increase the use of polluting coal from time to time.

In February Sweden had to import more expensive coal-fired electricity from Germany and Poland because the Swedish electricity grid was unable to supply enough electricity to southern Sweden. Much of Sweden’s electricity is generated by wind, hydro and nuclear power in the north, and cold electricity transmission to the south is not efficient enough.

According to Vattenfall, coal-fired electricity only had to be imported for a few hours on the coldest days. In any case, electricity has been one of the big talk of the winter in Sweden.

“On the coldest days in southern Sweden, the price of electricity went up,” Borg says.

“Therefore, this situation may recur in the coming years. At the same time, we are developing new, fossil-free forms of energy so that we are better equipped in the future. ”

There are still six ongoing nuclear reactors in Sweden, five of which are owned by Vattenfall. In 2020, about 30 percent of Sweden’s electricity was generated by nuclear power.

Indeed, nuclear power will remain a key part of Sweden’s energy system for decades to come, despite the country’s political decision to abandon nuclear power. Sweden’s goal is to generate 100% of its electricity from renewable energy sources by 2040, and nuclear power is not included in this equation in principle. Nuclear power is not banned in Sweden, but abandoning it has been set as a goal.

If nuclear power is abandoned, it must be replaced by something else.

Vattenfall aims to develop wind power. It is part of Vattenfall’s path to a carbon-free future.

“The entire energy market in the Nordic region and the world is undergoing major change due to climate change. Our strategy is to make power generation sustainable and enable a carbon-free life in one generation. This is not a sustainable development strategy, but a business strategy aimed at commercial profitability, ”says Borg.

One milestone is the year 2025, when Vattenfall aims to be in line with the goal of the Paris Climate Agreement so that the electricity company’s contribution to global warming does not exceed 1.5 degrees.

Vattenfall still operates three coal-fired power plants in Germany, from which the company has received much criticism. About 35 percent of the company’s production capacity now comes from renewable sources. In 2030, the company wants to be carbon-free.

The largest of the projects is the construction of the world’s largest offshore wind farm on the Dutch coast, which is expected to be completed in 2023. The company says its 1,500 megawatts capacity can electrify two million households in the Netherlands each year.

And while Borg talks specifically about wind power, he also sees opportunities in smaller-scale nuclear power.

According to Borg, in the future, so-called small modular reactors could serve as an important source of energy. Small SMR mini-reactors that can fit on a truck’s platform could serve as a basic force in situations where weather conditions limit, for example, wind and solar power.

According to Borg, the use of hydrogen should also be significantly increased, and he urges Sweden to create a special hydrogen strategy.

Anna Borgin according to people, climate awareness has increased sharply over the last five years.

“In the past, the most important thing for private electricity customers was to look at the price, but now consumers want to make sure the electricity they buy is fossil-free. There are bigger expectations for electricity companies. ”

Central to climate change has been Vattenfall’s domestic climate movement. It was launched in August 2018 after attending ninth grade Greta Thunberg sat in front of the Swedish Parliament and began his school strike on behalf of the climate.

“Greta Thunberg has affected everyone in Europe and the world,” Borg says.

“It’s good that these things come up. But in addition to the demonstrations, we have gained more fact through climate reports. In addition, we are seeing more and more extreme weather events. ”

Even the Stockholm winter came as a surprise to many. This week, however, the frost changed to spring, even over ten degrees.

■ Anna Borg, 50, who studied economics and politics at Uppsala University, was appointed CEO of Vattenfall in November 2020.

■ Has a long career at Vattenfall, but worked in 2015–2017 in management positions at the payment company Klarna in the Nordic countries.

■ Lives in Stockholm with his family.