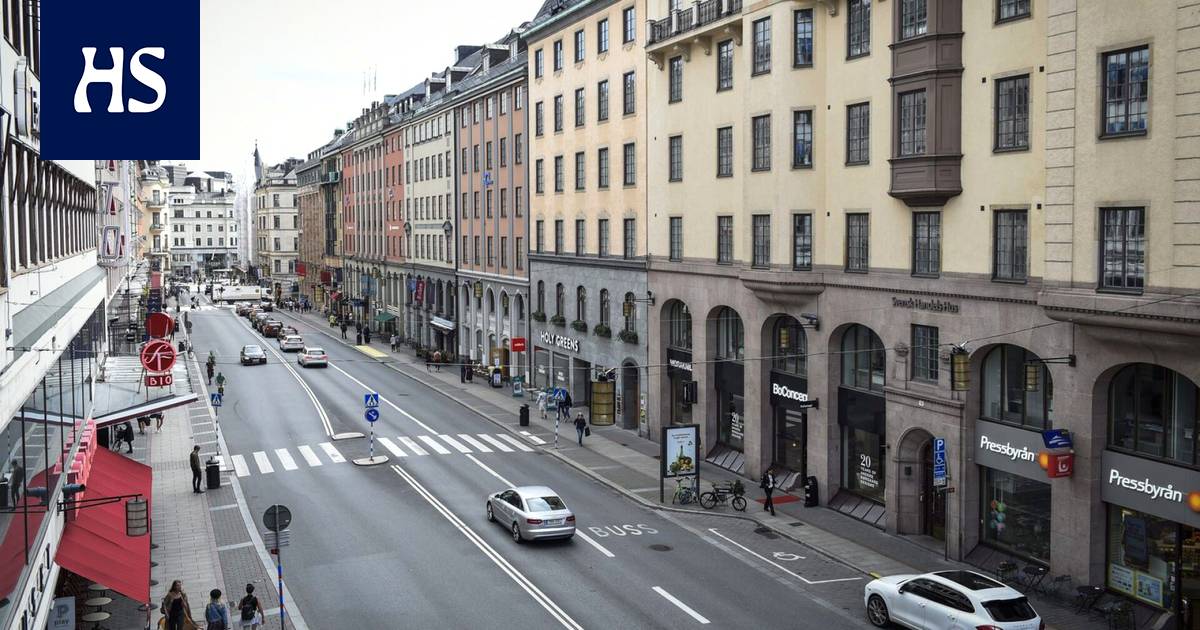 Talking about market rents pushed Löfven’s government to the brink of abyss.

Swedish making the rental housing system more market-based has been discussed for years. The issue has been raised in particular by the bourgeois parties, who believe that changes are needed to address the chronic housing shortage. The settlement was enshrined in a government agreement under which the Center Party and the Liberals undertook to support Stefan Löfvenin red-green minority government.

The sensitivity of the housing issue became clear once again when statement market rents permitting housing for new construction was completed for submission for consultation. The Left Party, which opposes the liberalization of rents, threatened to withdraw its support from the government if the matter progresses. Freely determined rents in the market cannot be accepted by the party, even if they only apply to some of the apartments.

On Sunday, Swedish Prime Minister Stefan Löfven lured other parties to vote on his confidence on Monday with a compromise proposal. Picture: Janerik Henriksson / Lehtikuva

Nowadays The Swedish rental housing market is characterized by strict regulation in both housing allocation and rents. The distribution of rental housing is managed centrally, and obtaining a priority contract requires settlement to the housing queue, where you can slip in popular places for a few decades before your turn comes.

You can register for the queue when you turn 18. The apartments are distributed in a queuing order among eligible tenants. In Stockholm, you can queue for housing in the same way as the new Lada was expected in the Soviet Union – the most persistent have been waiting for more than 30 years to get the apartment they want.

Rents are examined by comparing them with the rent level in apartments with similar equipment and condition. The aim is that, for example, the desired housing in city centers is, at least in principle, also available to people on lower incomes. Housing benefits are paid much less than in Finland, and the system is mainly aimed at young families with children. Swedish Statistics Finland According to the Commission, the median cost of housing for rented households last year was SEK 75,000 per year (EUR 7,340).

In Sweden, you may have to queue for a rental apartment for a long time. Picture: Matias Åberg / Lehtikuva

Your priority while waiting for a lease, you can acquire a second-hand lease, in which the rent can rise significantly above the general level, or live as a subtenant, if it is not possible to acquire an owner-occupied dwelling.

To rent your apartment again, you must ask permission from the landlord or the housing association that owns the house. The legislation limits the possibilities for landlords to charge excessive rentals second-hand contracts. The tenant can retroactively demand part of the rent for a period of two years if the rent is considered to be too high. In the black market, the rules of the game are not cared for much and rental apartments may have to pay substantial thresholds.

Professor of Macroeconomics at the University of Helsinki Niku Määttänen considers it understandable that there is a desire to limit the price of housing in Sweden. At the same time, however, it should be seen that due to price regulation, there are not enough apartments for everyone.

“It’s special that a rather rational society like Sweden has been able to create such a strange system,” Määttänen told STT.

Changing the current system is difficult because those who benefit from it are organized and lobby against change.

“Those who would benefit from the abolition of the system and a more flexible housing market are a large number, but they are understandably not organized in the same way.”

An association representing Swedish tenants Hyresgästföreningen is therefore at the forefront of the fight against easing rent regulation. Expert of the organization Erik Elmgren write in its opinionthat the model envisaged by the government would lead to a greater imbalance between property owners and tenants, weaker consumer protection and higher rents. The reform will also not increase housing production, Elmgren rebuked.

Daniel Ek, the founder of Spotify, has also taken a stand to improve the availability of rental housing in Sweden. At the time of that statement, Spotify had dozens of employees in its Stockholm office. Picture: Shannon Stapleton / Reuters

Regulation demolitionists disagree and believe that the housing shortage cannot be remedied without easing rent regulation. In addition to bourgeois parties, this message has been driven by the business world.

The founders of the music service Spotify Daniel Ek and Martin Lorentzon wrote an open five years ago letter To the Swedish government, where they demand, among other things, measures to improve the availability of rental housing. At that time, the company already had employees from 48 countries in its Stockholm office.

“Requiring young people coming to a new country to buy expensive owner-occupied housing immediately reduces Stockholm’s attractiveness and is not a long-term solution. Compare it to cities like New York, London and Singapore, where it is easy to get a rental home,” Ek and Lorentzon wrote. .

It has been five years since the letter was sent, but shortage rental housing is unchanged and the problem affects most municipalities in the country. On the owner-occupied housing side, the prices of detached houses in particular have skyrocketed during the Korona period. Emmi, who have been used to mortgages for decades, do not take big loans.