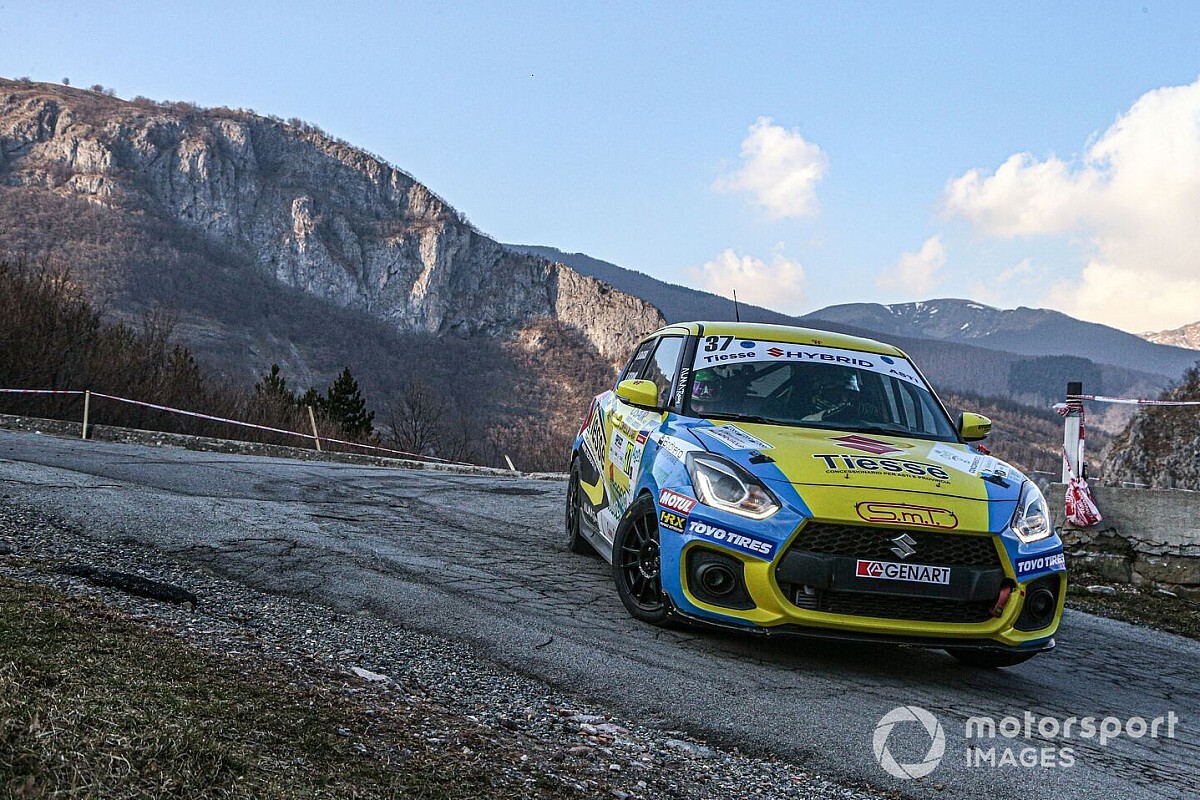 The 15th edition of the Suzuki Rally Cup has officially started. On the special stages of the 45th Rally Il Ciocco and Valle del Serchio, the inaugural race of the Italian Absolute Rally Championship, the Swift R1s, in Sport Hybrid and BoosterJet versions, put themselves on display by challenging the pitfalls of the route.

The first victory, among the participants in the Suzuki trophy, was Matteo Giordano together with Manuela Siragusa, a rider formerly of the Suzuki family, who participated in the first race in the very first edition of the single-make.

All new, race and car for a determined Giordano, driver from Cuneo who re-proposed himself in the trophy that saw him win in 2008 in the very first edition of the Suzuki trophy and concludes the Rally del Ciocco, with three scratches and an overall time of 1:35 ‘ 23.3 e, the full points.

“It is certainly a good return: to win in a very good race that I had never raced before! – declared the winner Giordano – I have played over a hundred races, with different cars and tires and, here at Il Ciocco, everything was new. Despite the fact that we had a gear lever problem on Saturday’s first test and I raced with third gear engaged for the rest of the test, we were good and lucky at the same time. “

“It was hard but we managed it! I’m happy with this result and the conditions to continue with the right pace are all there. We have found a serene environment among the trophy players in which to run and have fun. Now we will have to pay attention to our response. rivals and in any case try to grow at the wheel of Suzuki “.

A victory for Giordano-Siragusa, which certainly came thanks to the determination and the excellent times achieved in practice, but also to the twist that saw Giorgio Fichera and Ronny Celli relegate with their Swift Hybrid as protagonists.

The Catanese, one of the big names in the single-brand, had in fact commanded for the whole race, since Friday afternoon, winning seven special stages out of twelve scheduled, including the Power Stage valid for the trophy, the long “Careggine” test, but right on the penultimate special, a touch made him lose the top, finishing third overall at + 1m56.6 from his opponents.

Place of honor, and therefore important points, for the Trentino Roberto Pellè, another well-known face in the Suzuki house, accompanied this year by Luca Franceschini, who seems to have achieved a good feeling with the Swift car in the Hybrid version. The rider of the Destra 4 also set the best time on the last special stage of Il Ciocco.

Smiling on the streets of Stefano Martinelli’s home. The Lucchese, flanked by Fabio Menchini, with the Novara Corse colors, completed the race at the foot of the final podium and, at the top of the special classification reserved for Racing Start.

Following them, fifth overall, Danilo Costantino from Savona together with Alessandro Parodi, standard bearer of Meteco Corse always aboard the Swift Boojsterjet.

With a good sixth position and leading the Under crews are the brothers Massimiliano and Marco Milivinti, chased in turn by the Tuscan Gianandrea Gherardi on the Hybrid version, together with Matteo Modenini. Eighth place for Marcello Sterpone flanked by Giancarla Guzzi who will try to speak out for him, on the Hybrid version curated by Alma Racing. 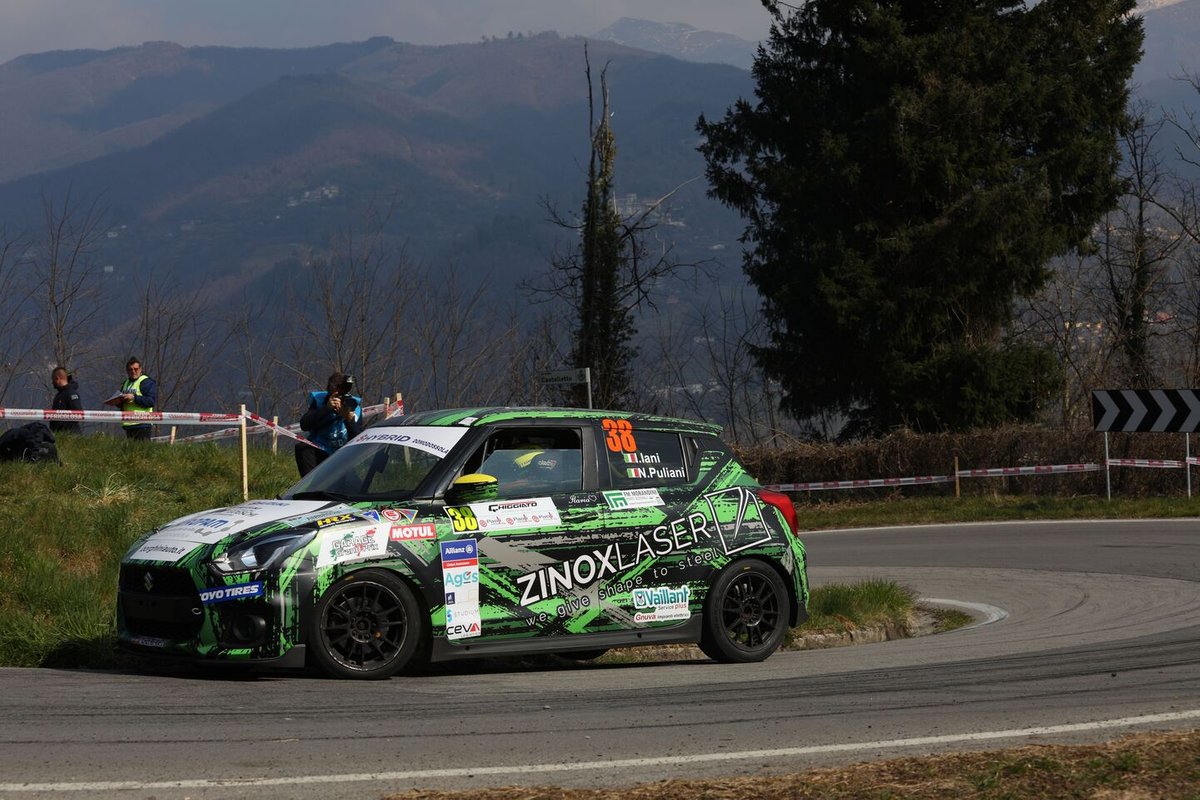 Still in contention for the Racing Start, the young Piedmontese Alessandro Forneris, sailed by Cavagnetto, who retired on the first day of competition, still managed to complete the Tuscan trip in ninth absolute position, ahead of 25-year-old Lorenzo Olivieri with Riccardo Barbero at the notes .

To report, an unfortunate start to the season for one of the most anticipated at Il Ciocco: Igor Iani. The young man from Ossola together with Nicola Puliani had a strong start on Friday in his Turbomark Hybrid, but after scoring the best time on test number 5, the “Massa Sasso Rosso”, in the middle of Saturday he was knocked out after beating was forced to retire.

The ingredients for a great sporting season in Suzuki Italy are all there, in terms of crews and cars, and the challenges for the trophy will return for the next round included in the Italian, on the weekend of 10 April, on the difficult and selective asphalts of the Rallye Sanremo.

These are the models in detail

All models are light and robust, very sensitive to tuning and have characteristics that enhance the driving skills and sensitivity of the pilots and reward the most skilled crews from time to time. To even more uniform the level of performance, all the cars of the Suzuki Rally Cup will have to mount the same Toyo tires in the asphalt races.

See also  Sebastián Villa, the man of scandals, does not come with Boca to Cali