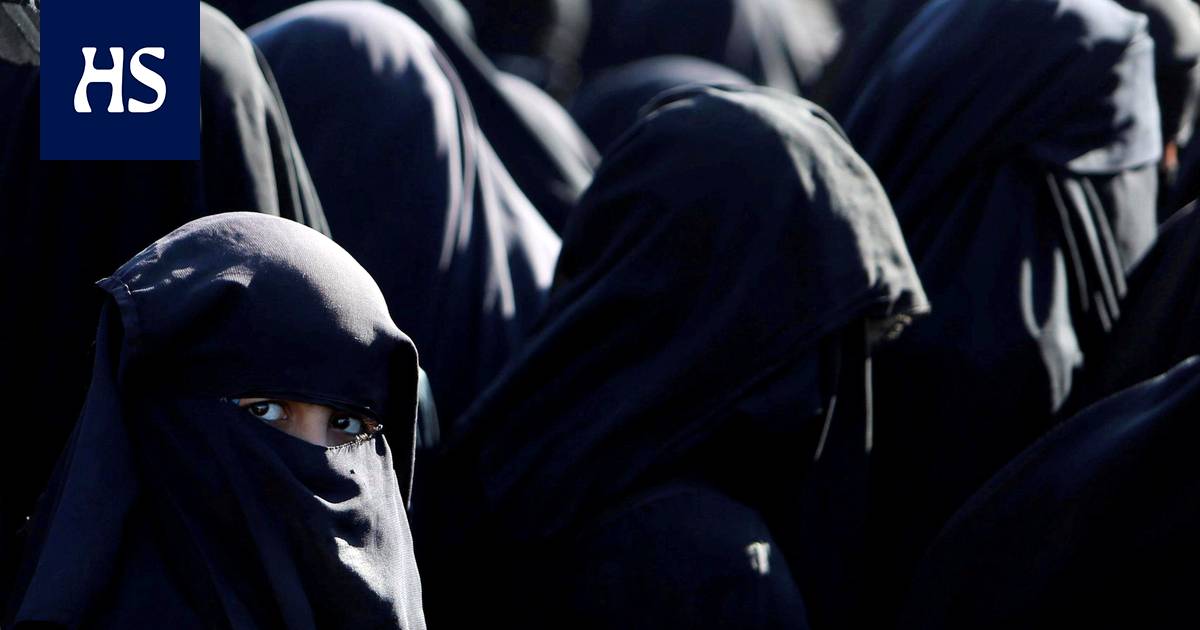 Central Criminal Police (krp) has investigated two women who returned from the Syrian al-Hol camp on suspicion of human trafficking, according to HS data.

The investigation has concerned whether women have taken children to Syria aware that the area is under the control of a terrorist organization.

“Young children have been dependent on their mother and have not been able to decide to leave independently,” the investigation decision document states.

Under the Penal Code, a person who, for example, transports a person under the age of 18 to conditions that violate human dignity can be convicted of human trafficking. The penalty scale ranges from four months to six years in prison.

At the end during the investigation, the police interrogated the two oldest children as perpetrators, i.e. victims of a suspected crime. The mother was heard on suspicion of a crime.

“None of these interrogations have revealed any facts that would give rise to suspicion of a crime of human trafficking,” the police state in its decision.

According to his mother, the family had first gone on holiday to Turkey and he was not aware that he was going to go to Syria.

“Children have in part been in poor and degrading conditions in Syria, however [äiti] has taken care of them. No indications of child military activity and sexual abuse have emerged, ”the police said in a decision.

As no other means of obtaining information provided evidence of human trafficking, the police decided to close the investigation.

According to HS data, the woman whose investigation has been terminated has left the camp on her own and arrived in Finland via Turkey with several children last year with the assistance of the Ministry for Foreign Affairs.

Al-Holin the prison camp still has tens of thousands of women and children in war prisons. The Kurdish regime has gathered people in the area who have fled the territory of the Caliphate of Isis as it fell.

Finland repatriated in December from the camp, two adult women living in the al-Hol camp and their children. There were a total of six children. This was the first time that the Finnish state had brought back adult women living in the al-Hol camp back to Finland. Foreign ministry officials have been in the area picking up children and women. In the past, Finland has repatriated two orphans from the camp. In addition, four women and their children have fled the camp on their own.

Special Representative of the Finnish State Jussi Tanner seeks to repatriate children still in the area and possibly adult women with them. The security situation at the camp has deteriorated significantly recently. A lot of violence has been reported in the camp. In April, the Kurdish regime captured another hundred suspected members of Isis at the camp in a major operation. According to the Kurds, members of Isis had infiltrated the camp by appearing civilians.

The Finns in the Al-Hol area camp are a politically volatile issue, as the Security Police have estimated that when women return, they are likely to increase the threat of terrorism against Finland.

There are still about fifty Finnish women left in Al-Hol and the nearby al-Roj camp, some of whom are so radicalized, according to HS, that they have not wanted to return to Finland, at least not before. Among them are at least two women who have been involved in spreading the propaganda of Isis.

Women who are fascinated by extremist Islamist ideology have left the region in 2012-2015. So far, it is not known in detail what exactly the role of Finnish women in Isis has been. It is common knowledge that in Isis, the main task of women has been to raise new jihadists. In addition, they have played support roles, such as disseminating propaganda online, recruiting new members, and raising funds. Women are also known to have had Yesidiorji.

Has been it is unclear what possibility the Finnish authorities would hold returning Finns liable for possible crimes committed in the Isis area. Obtaining evidence from the area is extremely challenging.

Krp is still running preliminary study on terrorist offenses concerning all Finnish women, says the krp ‘s criminal inspector Mika Ihaksinen. It is therefore not a question of a criminal investigation, but of the CPC to determine whether there is reason to suspect that women have committed terrorist offenses in the area of ​​the Caliphate of Isis. If the reason to suspect is exceeded, the krp will initiate an actual criminal investigation by order of the Public Prosecutor’s Office.

So far, six women who have been to the Al-Hol camp have returned to Finland.

A total of about 80 people from Finland have gone to the Syrian conflict zone, and dozens of them have returned earlier. The Finns in the Al-Hol camp are about those who were still in the area when Isis lost control.

Ihaksinen says that the UN unit UNAD has provided information on the area to the krp. Among other things, Unitad collects documents, devices and other material, which it puts together in one massive database. In addition to Unitad, the Krp has also received information from other EU countries and the Free Yezidi Foundation in the Netherlands, which collects information on crimes against the Yesid minority.

So far, however, the information received by the CPC has not been such that the preliminary investigation threshold has been exceeded in Finland. For example, Germany has disclosed its information on crimes against Yesides, but so far nothing has emerged that suggests Finland.

HS said early that In the last two years, no criminal investigations into terrorism have been opened in Finland. According to HS, the situation is still the same.

Cycling City bikes in use again, a technical failure prevented the use of bikes in Helsinki and Espoo

Podemos will elect its new general secretary on June 13

An algorithm to learn a language in eight months