Survivors of the Mexico Metro tragedy: ‘People began to cascade’ 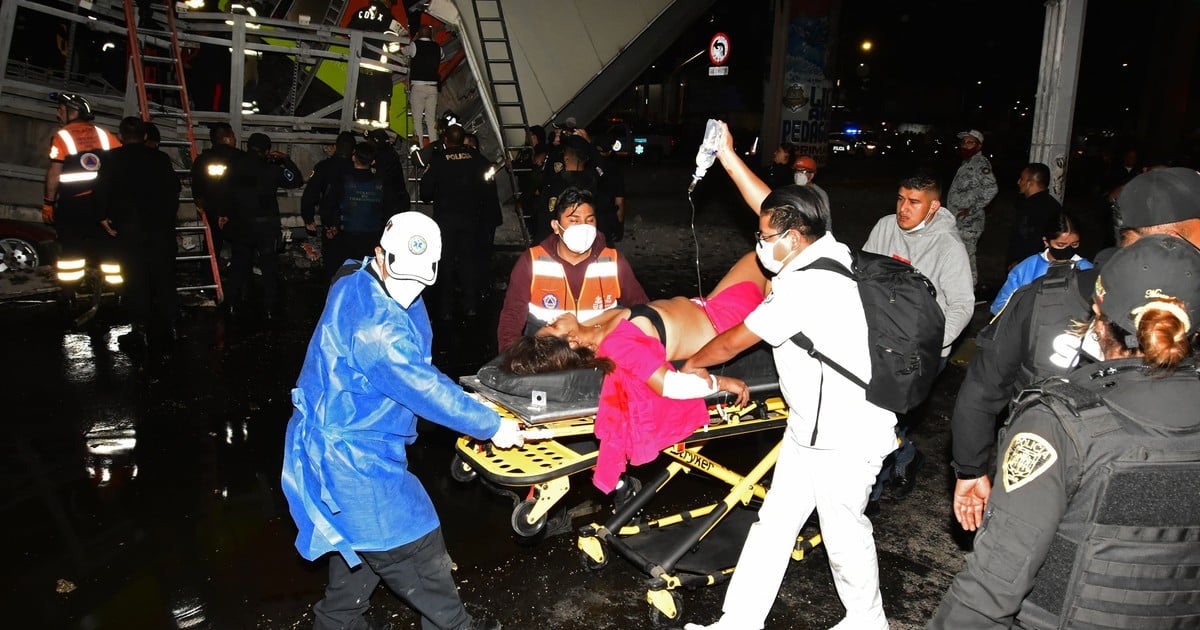 The fall of a formation of the Mexico City Metro that caused dozens of deaths on Monday night and several more injured also had its consequences. survivors, those who managed to overcome the horror to get out of the twisted irons and help those who were trapped.

While the rescuers continued to work, several of them gave their heartbreaking testimonials before different Mexican media.

“I heard a very loud noise and people began to cascade. I held on very tightly and was hit by the people who were falling. I was in the wagon that bent. Many people were hurt very ugly, “said Pedro Cervantes, still in shock, before the camera of Corresponsales MX.

And he added: “There are few of us who had few blows. 30 or 40 people were coming in the wagon. I saw mutilated people“.

Mariana, a 26-year-old, pointed out that “there were many people, standing and sitting, in the wagon.”

“We flew off and hit the ceiling. We were 15 minutes locked between the irons of the train “, he relived what was probably the most difficult moment of his life before the microphone of El Universal.

In the midst of the commotion, Mariana helped “several old people to go out out the window, and then up the stairs. “

For Itzel García, 18 years old, “it was horrible, very traumatic”, but he had the lucidity to identify those responsible: “That they do not pay attention to the Metro facilities is something terrible,” he denounced in statements to Reforma.

But not only those present at the time of the tragedy suffer. Thousands of people they try to locate relatives or friends who might have been on that train.

Such is the case of Marisol Tapia, who cannot find Brandon, her 13-year-old son.

“I spoke with him five minutes before, I was very worried and I was already on the Peripheral Metro, then I turn on the TV and see everything,” he said crying.

The 28-year-old woman said she approached the hospitals to which the injured were referred and your child is not on the lists.

“Now we go to search the list of corpses. The police don’t tell us anything and neither does the Government, “he despaired, while showing a photo of Brandon.

The decree for the $ 15,000 bonus was published for allowances, retirees and monotributistas