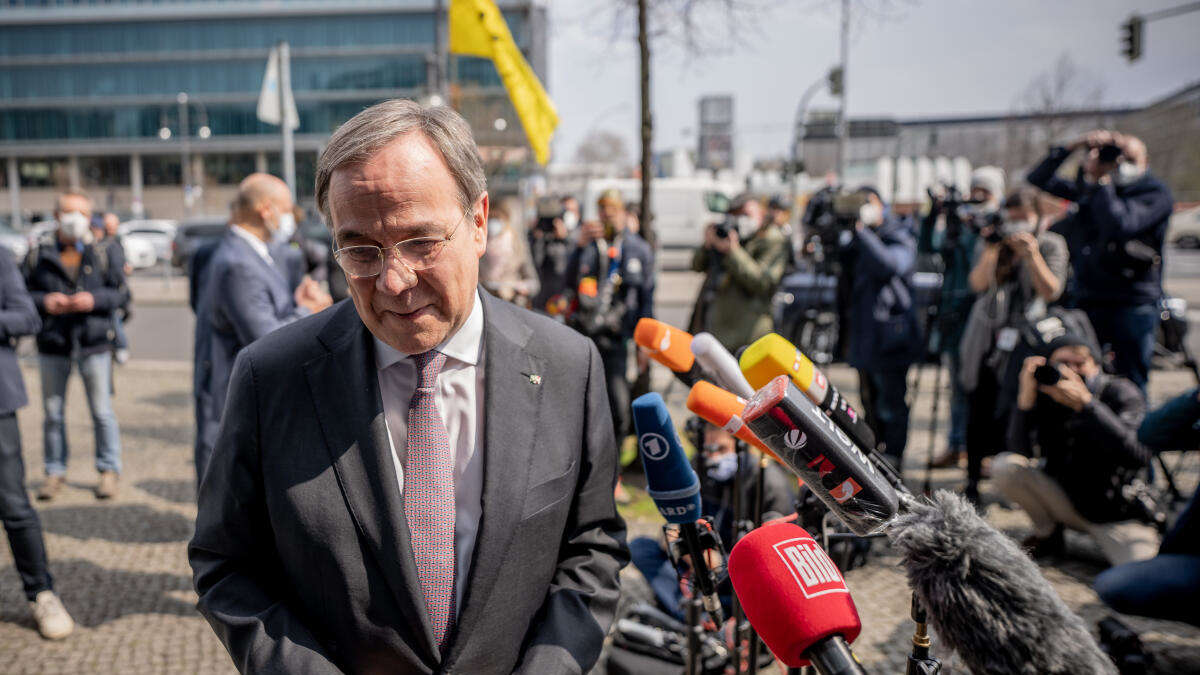 A bitter blow for the Union: The candidate for chancellor is standing, but in a survey the Greens are suddenly ahead.

Berlin – Things could go better for the Union. After much back and forth, Armin Laschet (CDU) is now certain as candidate for chancellor. But even before Easter, the conservatives were fighting against falling polls and had to deal with allegations of corruption in their own ranks. In addition, many Germans were dissatisfied with the Corona management.

How exactly the power struggle in the Union has damaged the parties’ reputation in the long term remains to be seen. But punctually on the day when Laschet, as the competition winner, is available to answer questions in all possible TV formats – for example on ZDF and ARD as well as with his opponents for the Chancellery on RTL – a new Forsa survey is making the rounds. And she has the talent.

Because the Greens, who also nominated their candidate for Chancellor Annalena Baerbock just this week, are suddenly in first place in this snapshot. The CDU / CSU fell in the RTL trend barometer by six percentage points compared to the previous week to only 21 percent. For comparison: In the general election, the party still got 32.9 percent. The Greens, on the other hand, gained five percentage points in the survey and now come to 28 percent.

The SPD loses two percentage points and only comes to 13 percent. Instead, the FDP can make up two points (12 percent). Left (7 percent) and other smaller parties together gain one percentage point each. Only the value of the AfD (11 percent) remains unchanged.

There are also figures on the candidates for chancellor and the people they will prevail against: According to the RTL trend barometer, 54 percent of Germans consider it a good decision that Baerbock * will run for the Greens. 23 percent would have found it better if Robert Habeck had become a candidate for chancellor. 32 percent of those surveyed think it is good that the majority of the CDU federal executive board has spoken out in favor of Laschet. 47 percent, however, would have preferred Söder.

Of course, this survey is only a current sentiment. There are still five months to go before the general election on September 26th. A lot can still happen there. But it will be exciting: Who will move into the Chancellery? Which coalition will be formed? How intense is the election campaign going? Many questions are still open. (cibo) * Merkur.de is an offer from IPPEN.MEDIA.

The opinion research institute Forsa surveyed a total of 3,505 people on behalf of RTL in the week from April 13 to 20, of which 1,502 were interviewed on April 20 – i.e. after the decisions made by the CDU / CSU and the Greens. The statistical margin of error for the survey is +/- 2.5 percentage points.

The Resident Evil saga on sale for Xbox